Melbourne Renegades are unlikely to be a match for local rivals Melbourne Stars. 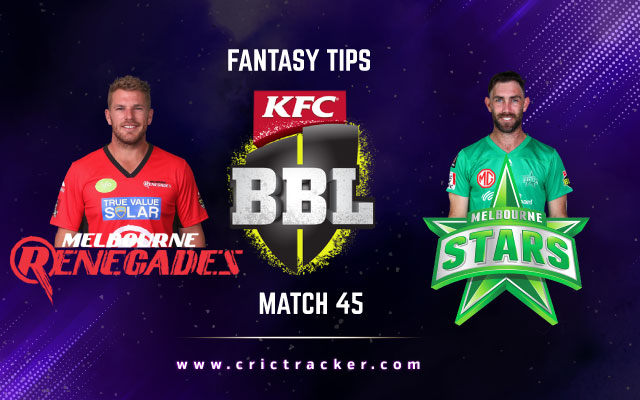 The 45th match of the Big Bash League (BBL) 2020-21 will be played between Melbourne Stars and Melbourne Renegades at Melbourne Cricket Ground, Melbourne.

The match is scheduled to start at 7:15 PM local time (1:45 PM IST) and it will be streamed live on Sony Sports Network and also in Sony Liv.

The first Melbourne Derby of BBL was not as enthralling as some would have expected, owing to the difference of forms between the two teams. Melbourne Renegades are having a nightmare of a season, where they have won only a couple of games so far.

The Stars were the favourites to win the first Derby, and the result was what many had expected. Now, the Stars will be presented with not only the opportunity to do the double over local rivals, but also establish their position in the top 4 of the points table. On the flip side, Renegades will be playing with freedom as they have nothing to lose. Hence, it will be an interesting clash.

The weather in Melbourne will be cricket-friendly. The temperature being around 22 °C, with the chances of rain being only 10%.

The Melbourne Cricket Ground has provided equal assistance to both batsmen and bowlers. It also has not changed a lot over the course of 40 overs.

Andre Fletcher suffered an injury in the last game, but he has recovered from that and is likely to feature in this match.

Glenn Maxwell has found his form back exactly when it matters the most. Overall, the Stars all-rounder has scored 312 runs and has been successful with the ball as well.

Marcus Stoinis has been brilliant in the role of an opening batsman for the Stars. He has scored 333 runs, which includes 2 half-centuries.

Adam Zampa has been Stars’ most impressive bowler, having picked up 18 wickets. He has an average of slightly over 10.

Peter Hatzoglou has been a surprise package for the Renegades. The youngster has picked up 10 wickets and has maintained an economy rate of under 9 runs per over.

Mackenzie Harvey is another young and exciting talent who, in what has been otherwise a terrible year, has tried to put smiles on the faces of Renegades fans. He has scored 106 runs at a strike rate of over 130. 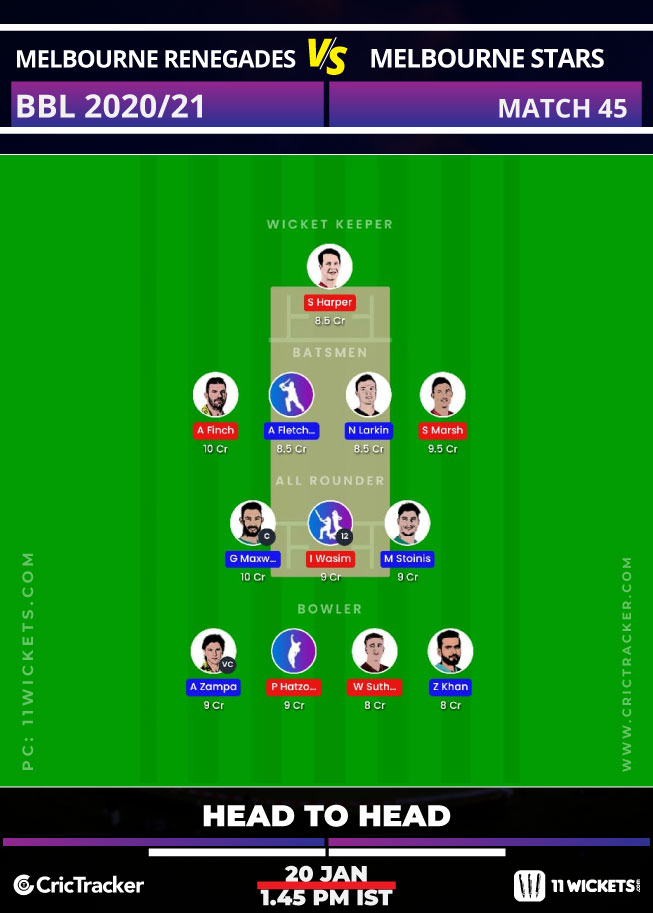 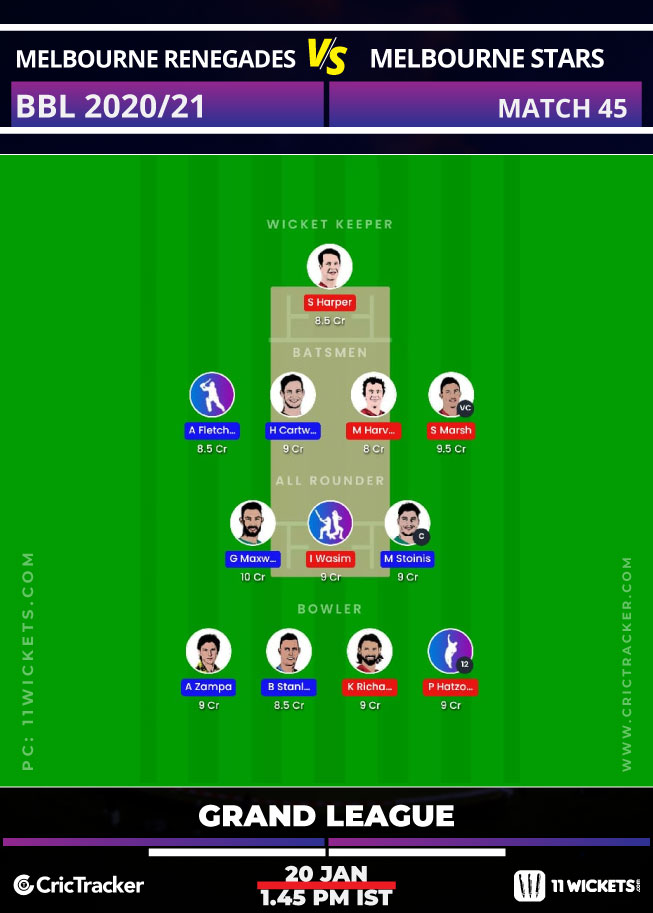 If you are looking for a budget pick for your team, Liam Hatcher is the ideal pick. He has picked up 13 wickets and is behind only Adam Zampa in Melbourne Stars’ leading wicket-takers’ list.