Amelia Kerr is the second-highest wicket-taker for the Heat and took 3 wickets in her last outing against the Stars. 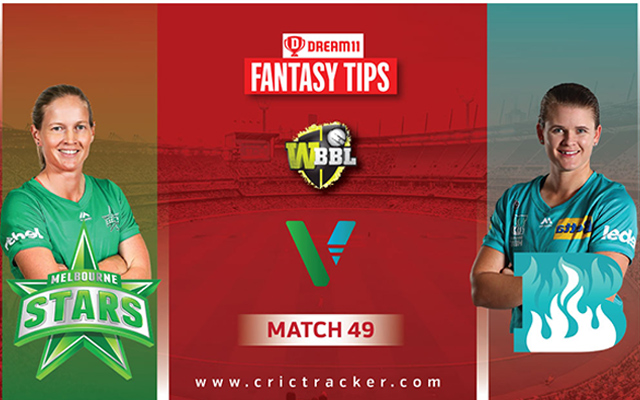 The 49th match of the WBBL 2020 will be played between Melbourne Stars Women and Brisbane Heat Women at the Drummoyne Oval, Sydney.

One of the biggest clashes of WBBL is going to take place at the Drummoyne Oval on Saturday morning. The top two are taking on each other in the next fixture of WBBL 2020. Table topper Melbourne Stars are coming off another big 39 runs victory over the Hurricanes. Their batting order continued to outclass their opposition along with another brilliant all-round performance by their bowling unit. However, the Stars have already qualified for the KO stage and are sitting at the top with 19 points under their belt.

On the other side, Brisbane Heat desperately needs a win here to get away with a possible elimination as they hardly need a win to guarantee their spot for the next round. The Heat were defeated by the Stars in their previous meeting earlier this season. However, they registered five wins in a row since then and are expected to give a tough fight to the table-toppers this time around.

The weather at the Drummoyne Oval, Sydney is expected to be a bit cloudy during the match time. The temperature will rise from 21 to 23 Degree Celsius till the wrap-up.

The pitch at the Drummoyne Oval has been difficult for the batters. Batters have been seen in difficulty to connect anything with the willow. Another low scoring game awaits in front of us.

Jess Jonassen has been in top form with both bat and ball. She has 161 runs at a SR of 105.22. Despite getting a duck in the last game, she is in decent touch. However, she is the leading wicket-taker for the Heats with 14 at an average of 16.85.

Georgia Redmayne is currently the highest run-scorer for the Heat. She opens the innings and has a SR of 116.32 with an average of 35.62 this season.

Meg Lanning scored a brilliant 54 against the Heat at a SR of 216 in her last outing against them. She has 381 runs at an average of 47.62 with a great SR of 129.15. She already has five half-centuries this season so far.

Katherine Brunt took two wickets at an ER of 3 in her last match. Overall she has 7 wickets at an excellent ER of 5.76 this season so far. 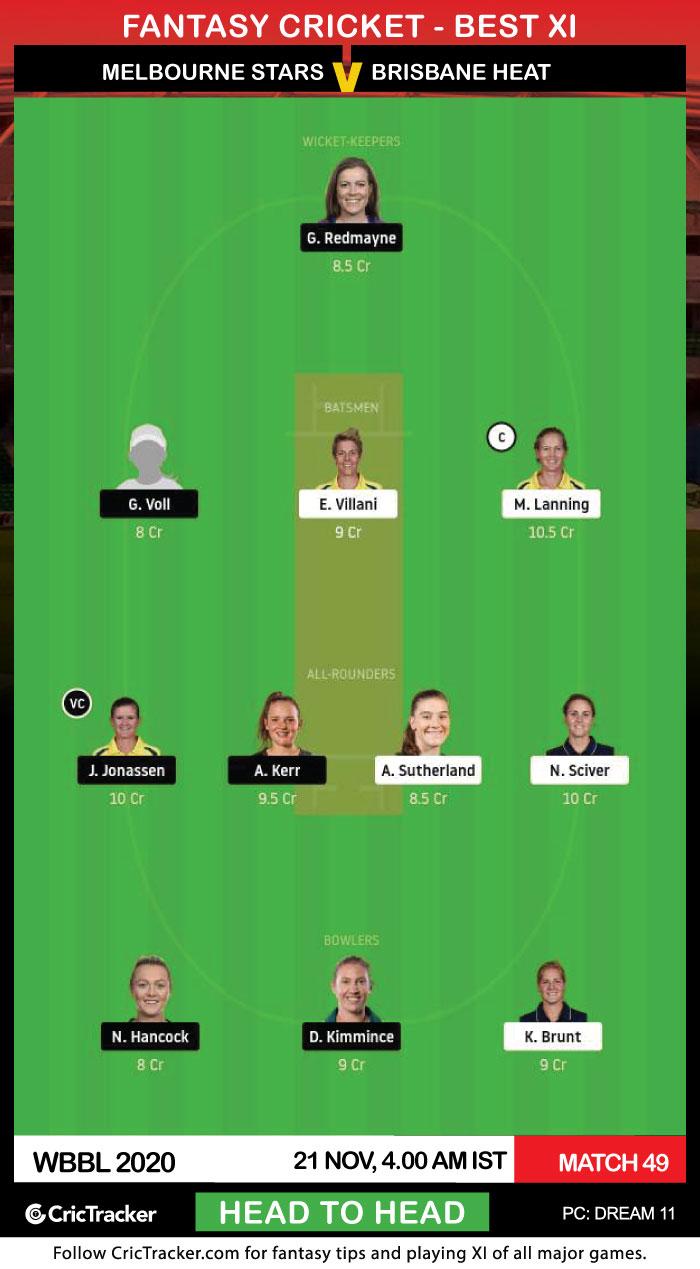 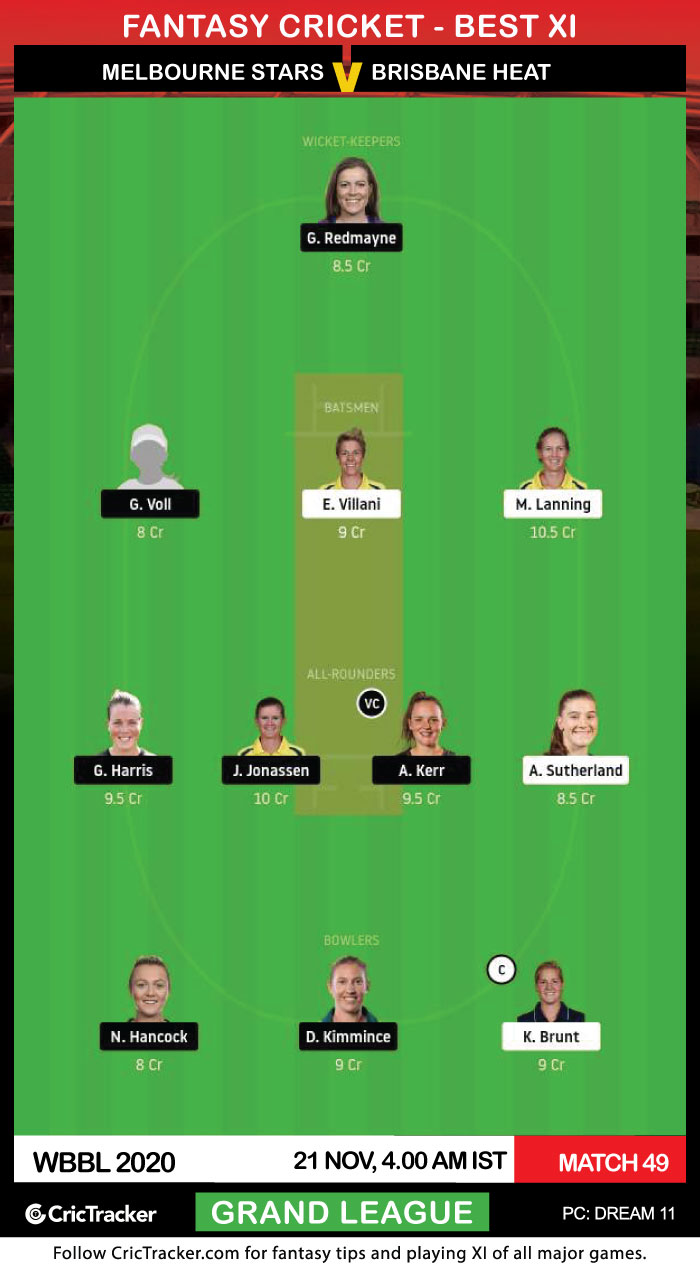 Amelia Kerr is the second-highest wicket-taker for the Heat and took 3 wickets in her last outing against the Stars.

Grace Harris scored a brilliant 81 against the Stars last time around.