Meg Lanning looks the perfect option to make captain for this match. 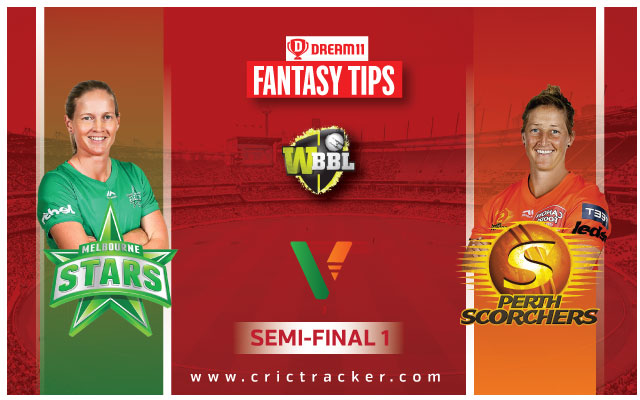 The first semi-final of the WBBL 2020 will be played between Melbourne Stars and Perth Scorchers at the North Sydney Oval, Sydney.

After 56 intriguing matches, the WBBL has come to its business end. Melbourne Stars, the table toppers in the league stage, will face the fourth-placed Perth Scorchers in the first semi-final in Sydney. The Stars dominated the tournament throughout winning 8 matches and losing only three while the other three games were abandoned. However, they lost to Sydney Sixers in the last game courtesy Alyssa Healy‘s match-winning knock.

But that shouldn’t bother the Stars much as they have looked the strongest team of the tournament so far. They have defeated the Scorchers in both the games earlier in the season and will have the psychological advantage too. The Scorchers, on the other, scraped through to the semis with six wins and 14 points in their bag. Their skipper Sophie Devine has recovered from injury at the right time and is looking in great form.

The forecast is for a rainy and overcast day in the morning. But the weather will improve significantly by the match time and there are no chances of rain at all. The temperature will hover around 22-24 Degrees Celsius.

The surface at the North Sydney Oval has been a decent one for batting. Sydney Sixers chased down 178 in the last match played here and the teams might prefer chasing once again.

Sophie Devine has amassed 448 runs in 11 innings with a century and three fifties. She has scored these runs at an SR of 130.23 and is coming off two back-to-back half-centuries.

Sarah Glenn is the highest wicket-taker for the Scorchers with 16 wickets. She has picked two four-wicket hauls as well.

Taneale Peschel has picked 13 wickets so far in 13 innings and is a decent bowler.

Natalie Sciver has been in great form with the ball this season picking 18 wickets but she has gone cold with the bat mustering only 194 runs.

Meg Lanning has smashed 458 runs in 12 innings with as many as six half-centuries and the best score of 77.

Mignon du Preez has is the second-highest scorer for the Stars with 375 runs to her name in 11 innings.

Tess Flintoff picked three wickets in the previous game to take her overall tally to 13 wickets. 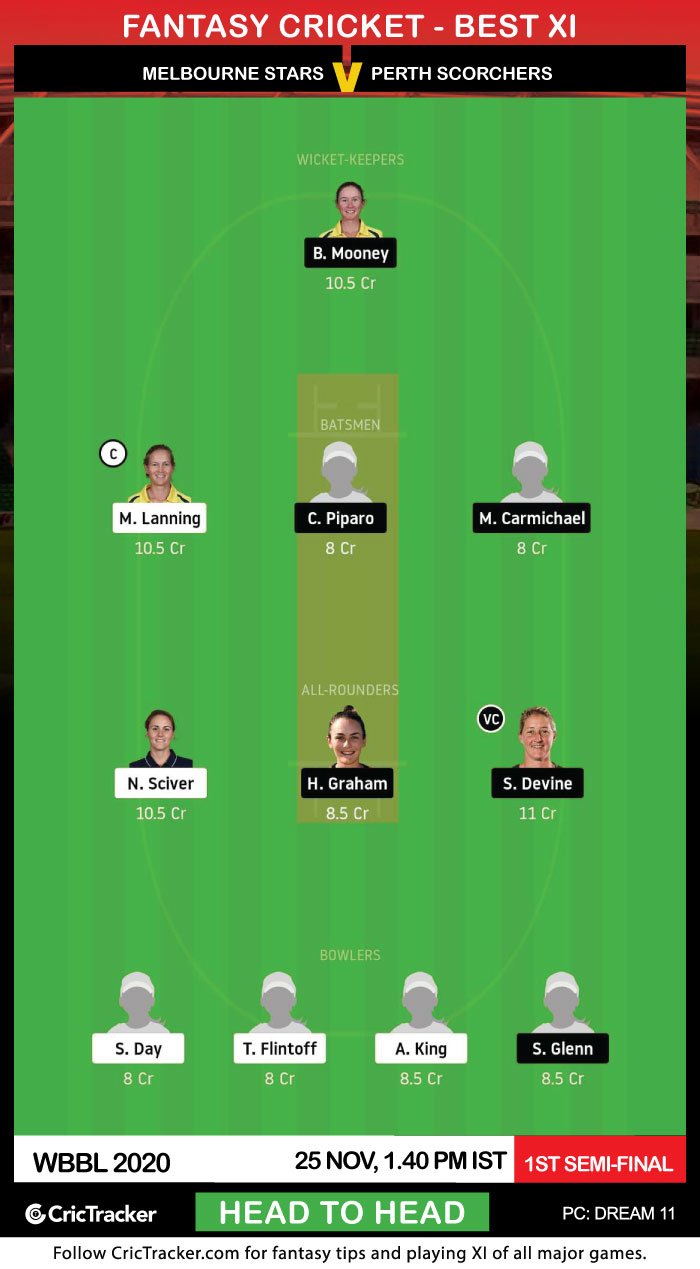 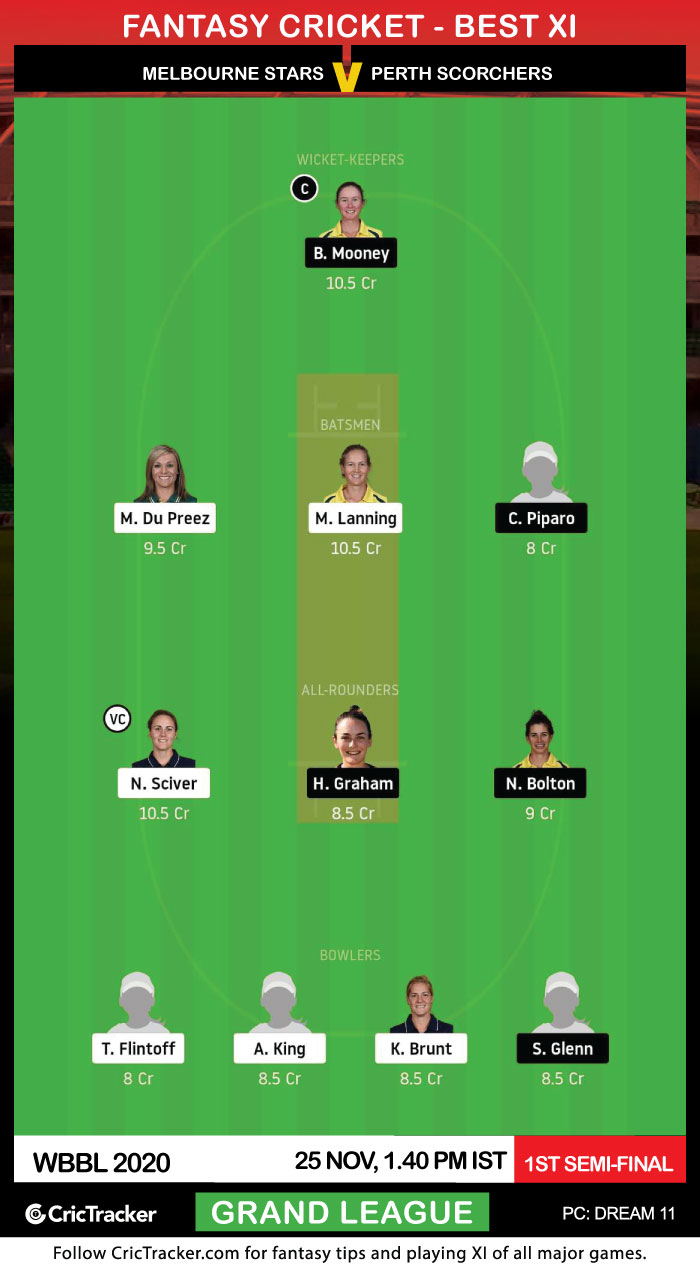 Note here that Sophie Devine didn’t bowl in the last game and overall has bowled only 21 overs this season picking only 5 wickets. So we have opted against making her captain.

Meg Lanning is a big-match player and can be banked upon to make an impact in this knockout game.