Qader Khan has found his way to contribute to his team in all the matches he has played in.

The 13th and 14th matches of the ECS Germany Krefeld 2021 will be played between MSC Frankfurt and VfB Gelsenkirchen at Bayer Uerdingen Cricket Ground in Krefeld on 20th May.

In the 13th and the 14th match of the ECS Germany, 2021, we will witness MSC Frankfurt and VfB Gelsenkirchen take on each other on Thursday. Considering how the tournament has panned out so far, this battle is quite anticipated, as it is between the two best sides in Group A.

MSC Frankfurt has played six matches so far in this tournament. They have won five matches and lost just one and with 10 points, they are at the top of the ladder. On the other hand, we have VfB Gelsenkirchen, who have also started the season nicely, winning three of their four matches so far. They are ranked second on the points table.

Captaincy Picks for MSF vs VG

In the last four matches that he has played in this competition, he has delivered more with the ball than he has with the bat. Having said that, he has picked up five wickets in these matches while also scoring 11 runs.

Qader Khan has found his way to contribute to his team in all the matches he has played in. In the last five matches, he has picked up three-wicket hauls twice, aggregating a total of seven wickets. He has scored 29 runs at a good strike rate to go with that. 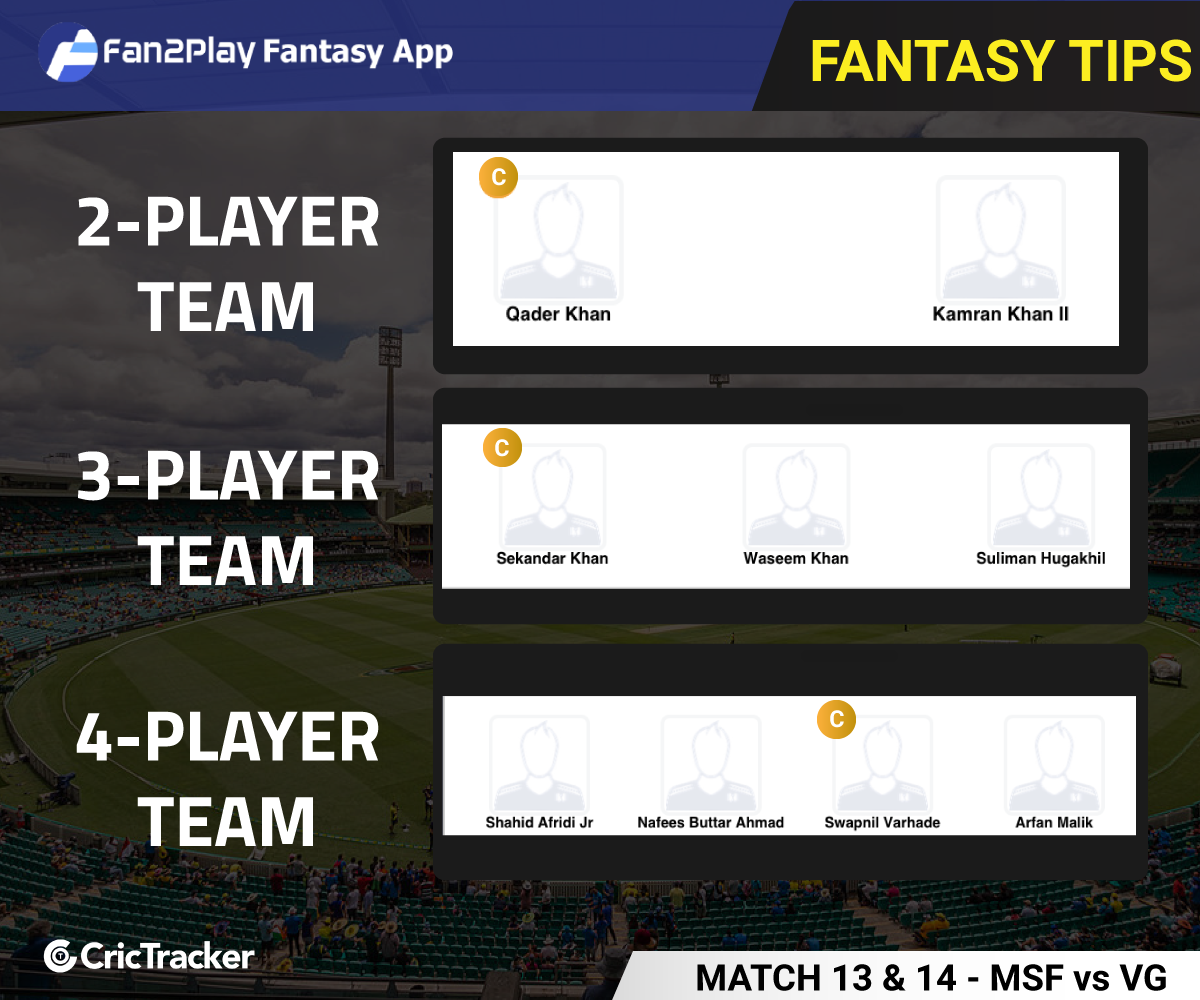 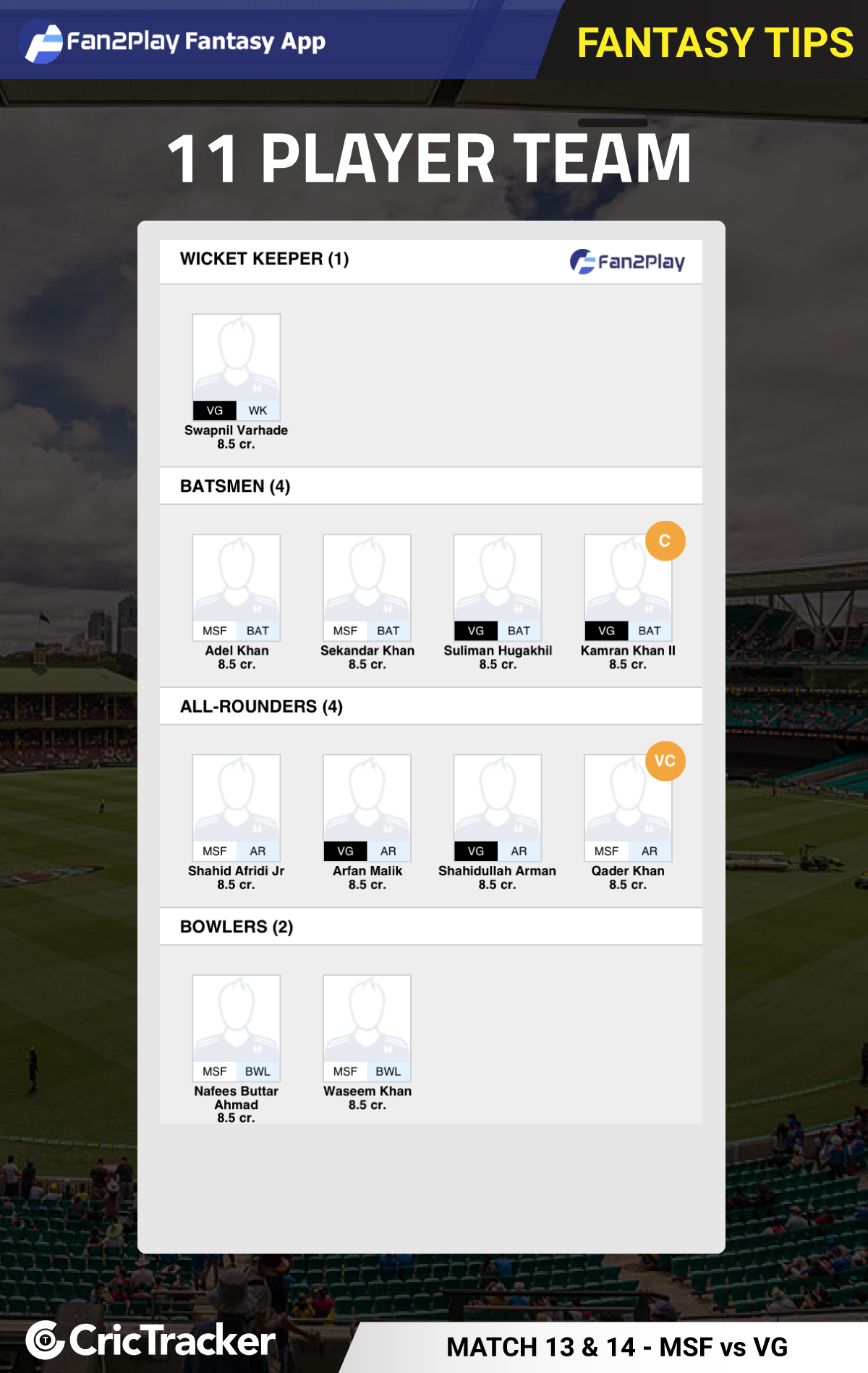