Mohammad Rizwan has been in dazzling form. 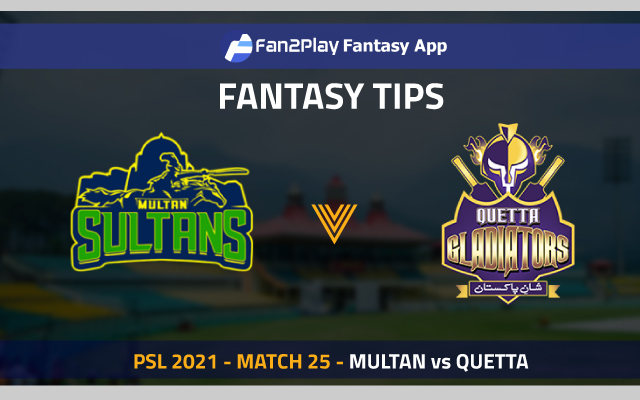 Multan Sultans and Quetta Gladiators will lock horns in the Match 25 of the Pakistan Super League 2021. This encounter will take place at the Sheikh Zayed Stadium in Abu Dhabi on Wednesday (June 16).

This match will begin at 8:00 PM IST and can be streamed live on Sony Liv and Sony Sports Network.

After having a terrible campaign in the initial half of PSL 2021, Multan Sultans made a terrific comeback in the UAE and won both their fixtures after the season resumption. However, they are still holding the penultimate place in the team standings with three wins in seven games and would like to clinch the upcoming fixture.

On the other hand, Quetta Gladiators’ condition is even worse as they are last in the points table with just one win in seven outings. They are all but out of the reckoning for a playoff spot and a loss in this game would officially knock them out of the tournament. Notably, the Sarfaraz Ahmed-led side lost both their games after the season resumption.

The dashing wicketkeeper-batsman has been in the form of his life, and his numbers narrate the entire story. With 408 runs in seven outings, the Multan Sultans skipper is the second leading run-scorer of the season, and a match-winning knock against Gladiators might see him piping Babar Azam at the top. Not to forget, Rizwan has also been clinical behind the stumps.

Sarfaraz Ahmed has also enjoyed a fruitful time in PSL 2021. Despite not getting much support from the other hand, the veteran wicketkeeper-batsman has scored runs consistently, and that too at a rapid pace. So far,  he has mustered 223 runs in seven games and won’t mind enhancing his tally. 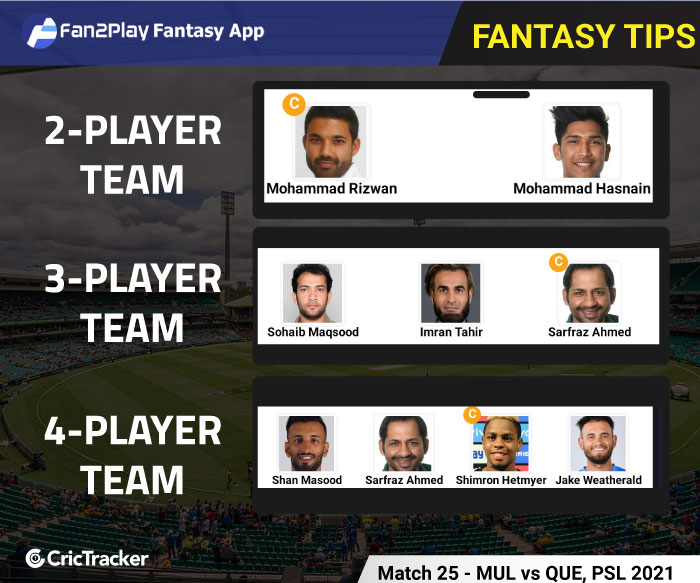 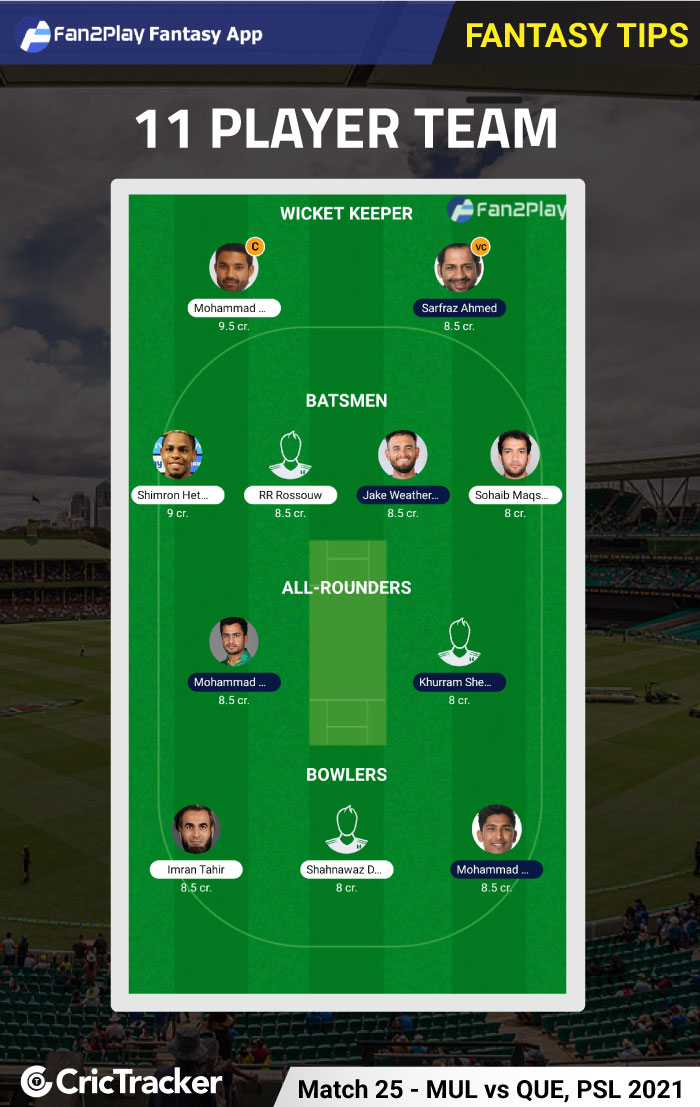