Chard Polius was effective with both the bat and the ball in the last edition.

Mabouya Valley Constrictors will take on Micoud Eagles in the 11th match of the 2021 edition of the St Lucia T10 Blast 2021. The Eagles have got off to a fantastic start in this competition. They have won all of the four matches they have played.

Quite understandably, they are placed at the first position of the points table at the moment. On the other hand, the Mabouya Valley Constrictors had a very tough run in the last season. They won only 1 of their 4 games and will be aiming for a much-improved show this season.

The track here at the Daren Sammy National Cricket Stadium will suit the batsmen. Anything under 90 should be chased down fairly easily.

Chard Polius was effective with both the bat and the ball in the last edition. He scored more than 80 runs and also picked up 4 wickets.

Zachary Edmund was also decent with the bat in the last season, as he scored 60 runs. He can also earn you points with his bowling.

Mervin Wells has been in sublime touch recently for the Eagles. He has scored 120 runs already in this edition.

Shervin Charles is another batter from the Eagles who can hit the ball well. He has played 3 matches in this tournament and has scored 56 runs at an average of 28, with a strike rate of 127.27. 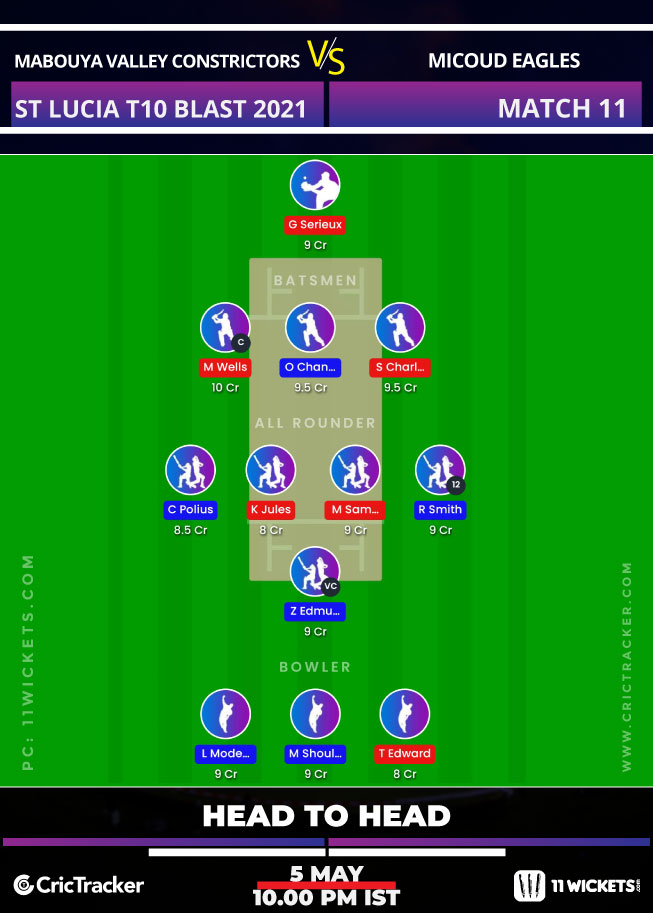 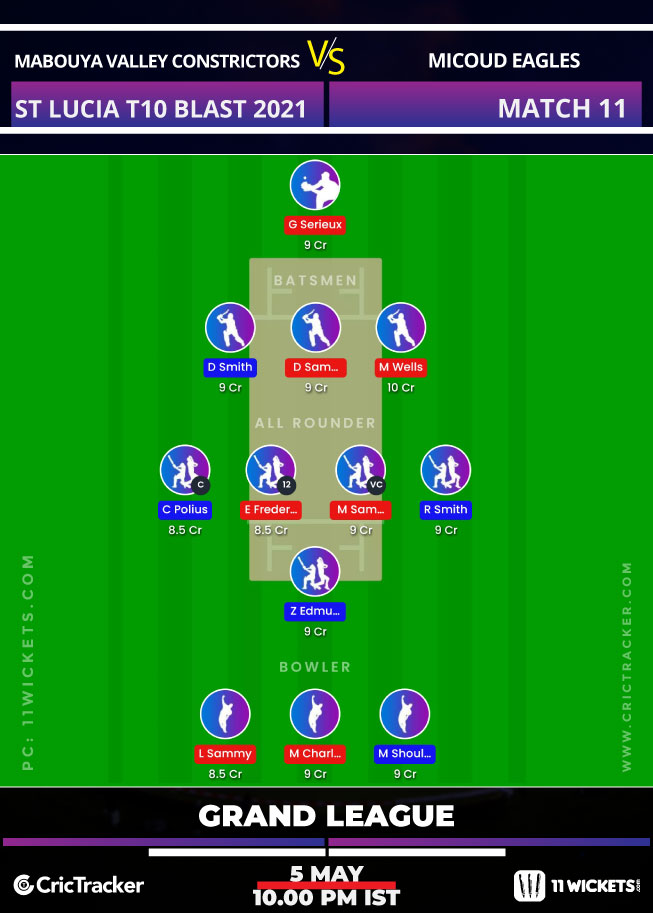