MSL 2.0 kicks off on 8th November 2019 when the defending champions Jozi Stars will take on former runners-up Cape Town Blitz.

Even though it took a while for the Mzansi Super League (MSL) to emerge onto the scene, it became an instant success right in its first edition. South Africa’s own homegrown cricket league – the Mzansi Super League – attracted great viewership in its previous edition and thrilled the fans with some exciting games of cricket. Now, even before we’ve realised, the time has really flown by and we are already gearing up for the second edition – popularly called the MSL 2.0.

The same six teams that battled out for the title last year will be back in action this time as well. But this time, the Mzansi Super League promises a greater deal of excitement with more star cricketers taking part in it. The number of overseas players (including Kolpak players) who have applied for the player draft has more than doubled for this edition. While this is one aspect of it, this edition of the league is equally important for South Africa cricket overall.

The team is undergoing a transition phase at the moment. Thus, the Mzansi Super League (MSL) will surely help them unearth more talent just as it was in the last edition. MSL 2.0 kicks off on 8th November 2019 when the defending champions Jozi Stars will take on former runners-up Cape Town Blitz. The league will follow a double round-robin format where a total of 30 games will be played. This will be followed by two knockout games including the final which will be played on 16th December 2019. 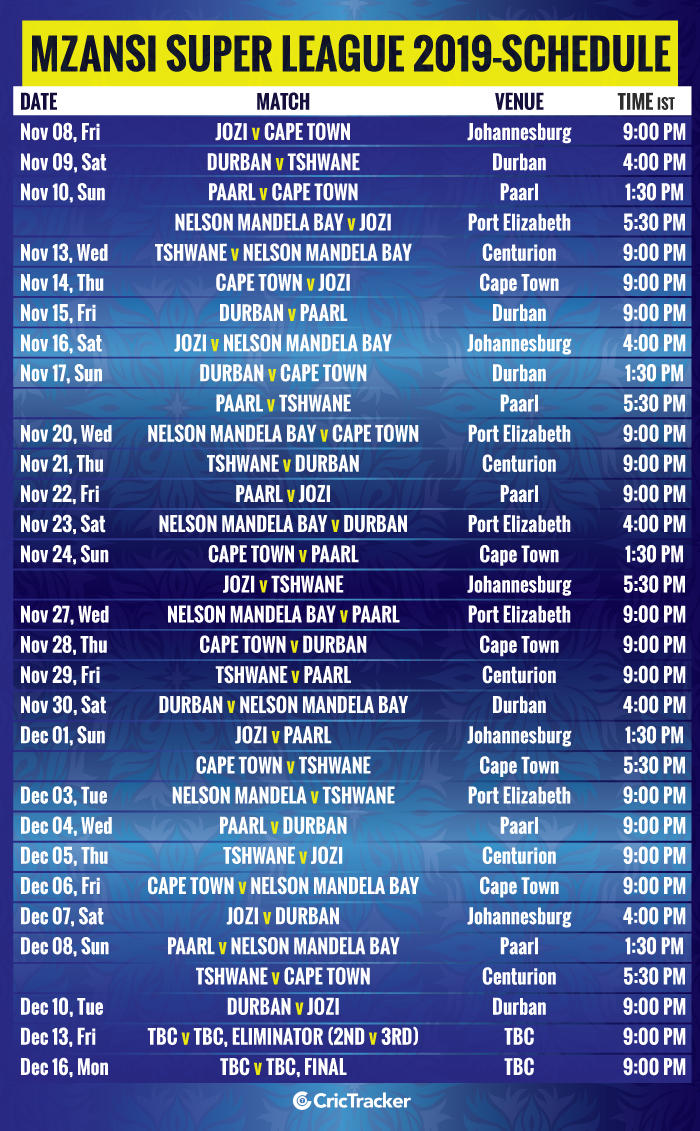