Mushfiqur Rahim is the leading run-scorer in the tournament. In 4 games, he scored 207 runs at an average of 52.

The Final of the BCB President’s Cup will be played between the Najmul XI and Mahdumullah XI at the Sher-e-Bangla Stadium in Mirpur.

The match is scheduled to start at 01:30 PM Local Time (01:00 PM IST) and can be streamed live on BCB’s YouTube channel.

After six intense games of cricket involving three teams, it all boils down to the final between Najmul XI and Mahmudullah XI. Najmul XI was the best team in the league stages of this tournament having won three out of their four games. Mahmudullah XI, on the other hand, won two games and lost the other two.

These two sides met each twice earlier in the tournament. On both occasions, it was Najmul XI which completely decimated Mahmudullah XI. While they won the first match by 4 wickets, they registered a 131-run win in the second. Najmul XI will fancy making it three out of three by winning the final as well.

It will be partly cloudy in the afternoon with the temperatures expected to be around 26 degrees Celsius. There is a very little chance of precipitation.

The pitch isn’t an easy one to bat on. In the last two games, there has been plenty of support for both the pacers and the spinners. Batsmen will have to work hard for their runs.

226 (Four uninterrupted games in the tournament)

Mushfiqur Rahim is the leading run-scorer in the tournament. In 4 games, he scored 207 runs at an average of 52.

Afif Hossain scored 157 runs at an average of 39 this season and looks to be in great form.

Mahmudullah is the leading run-scorer for his team with 139 runs and also picked up one wicket.

Rubel Hossain accounted for 10 wickets in 4 matches and has got an excellent strike rate of 13.40.

Al-Amin Hossain picked up 7 wickets in 4 matches and has got an economy rate of 3.55. 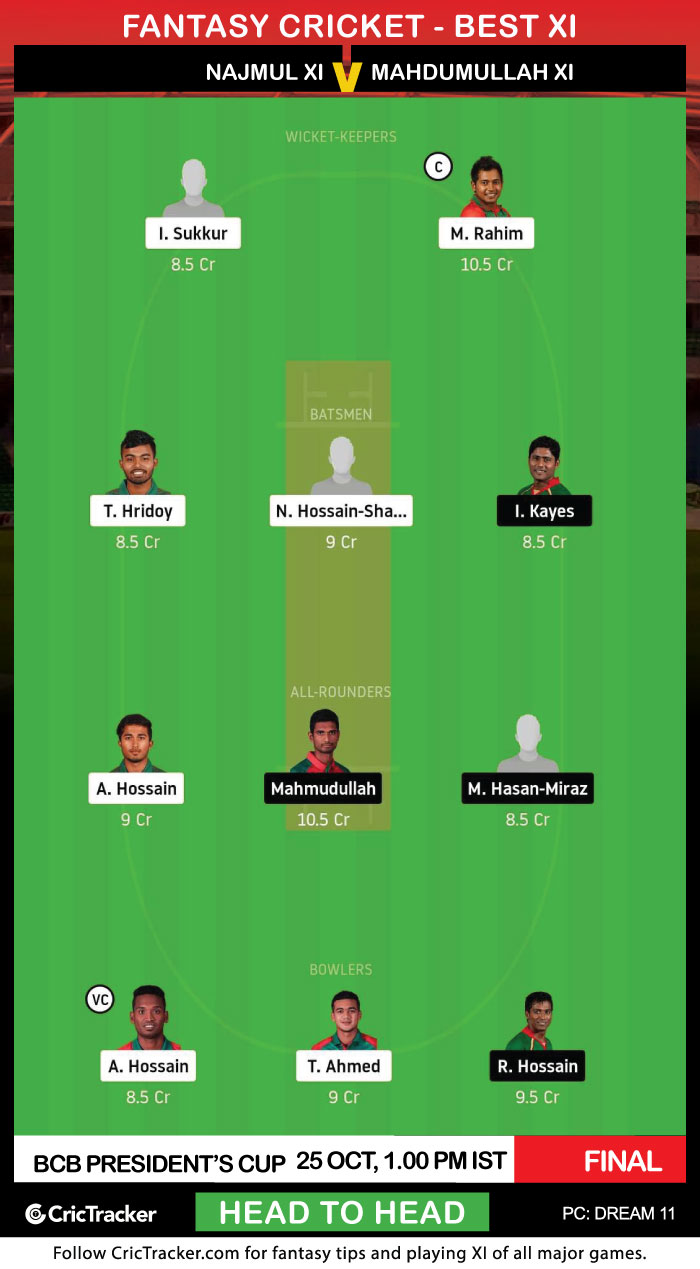 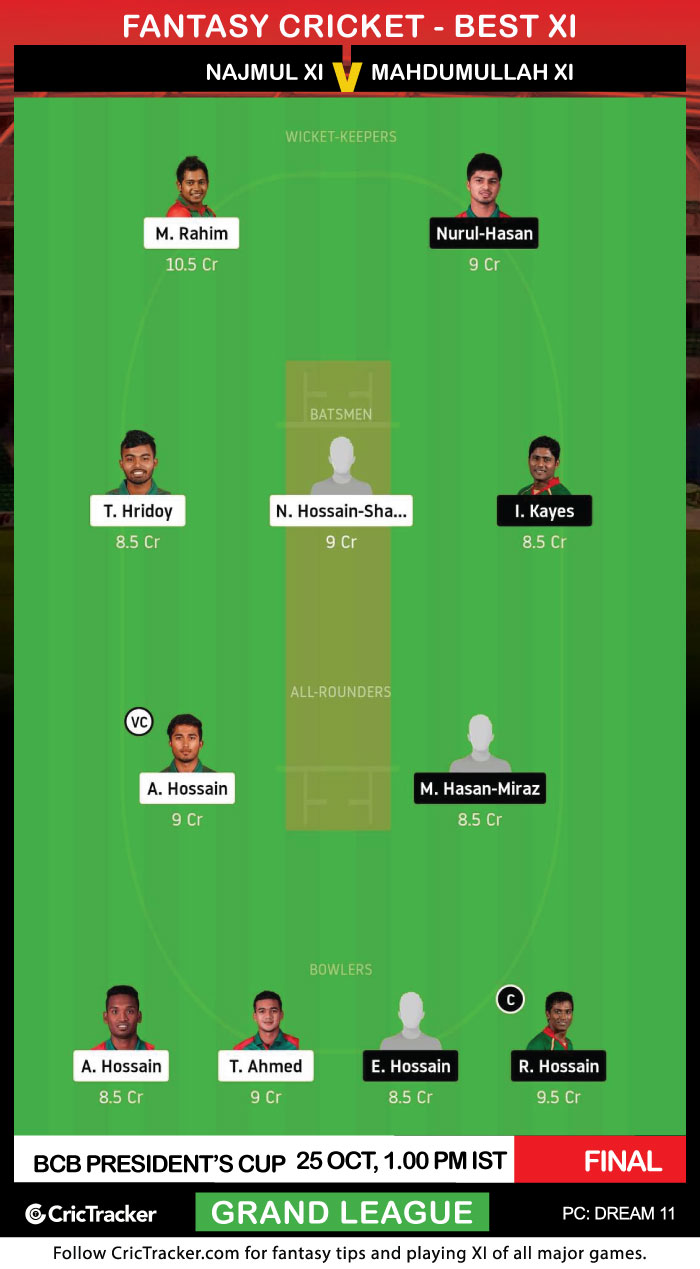 Rubel Hossain has been in red-hot form in this tournament. While he might seem a risky option as the captain, you must take a chance in the Grand League team.

Najmul XI is expected to win this match and also the tournament.