Namibia are expected to win this match.

Namibia and Ireland Wolves will lock horns in the final match of the 5-match series on Tuesday. Namibia are leading the series 2-1 with this being the series decider. Both teams have been very competitive throughout this series and will be eyeing a good finish. The forecast is pleasant and we should get an uninterrupted game.

The conditions have been tough for batting and the bowlers have run riot in all the matches so far in this series. Chasing will be the preferred option for both these teams.

Jan Nicol Loftie-Eaton has been giving points with both bat and ball, he scored 60 runs in the previous match and has been in great form throughout this tour.

Merwe Erasmus has been leading from the front and is a dangerous batter in the middle order. He scored an unbeaten 67 in the last match.

Gareth Delany was outstanding in the previous match, scoring 81 runs from 77 balls at a strike rate of 105. He can also bowl leg spin and will be a quality pick for this match.

Mike Frost set the tone with the new ball the other night, picking up 3 wickets in his spell and he will again be a good choice to have in the fantasy team. 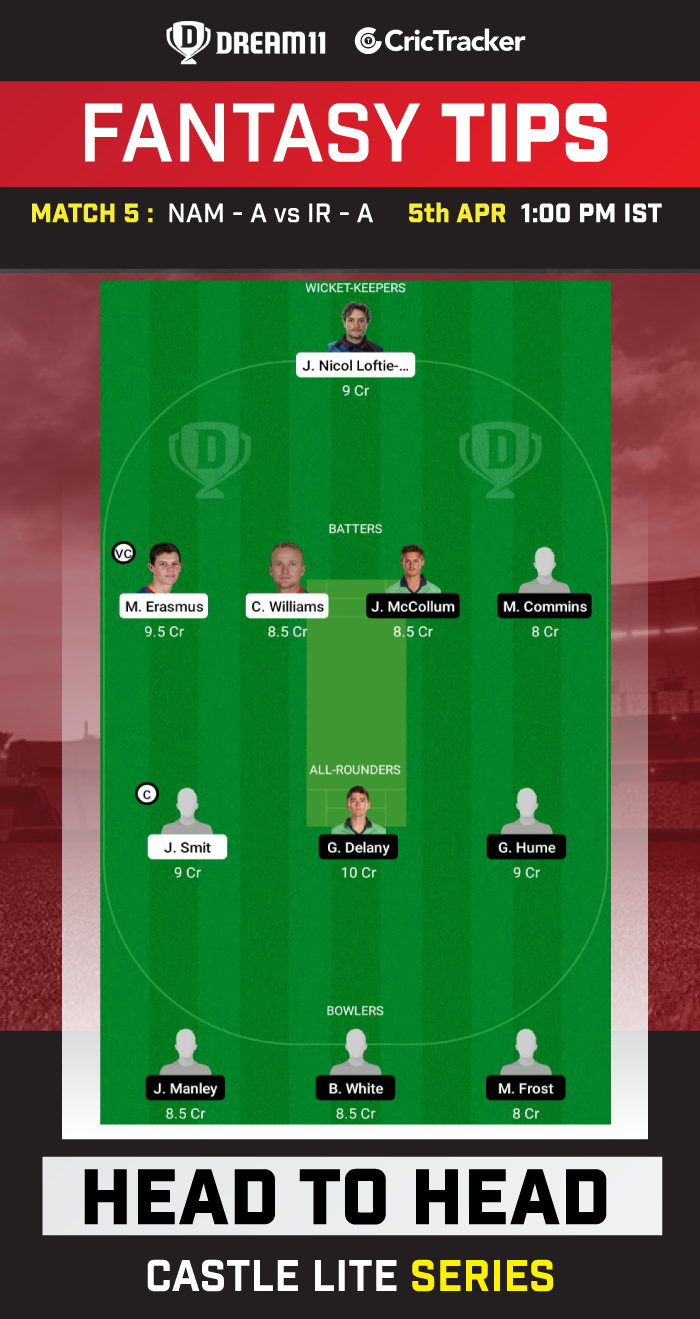 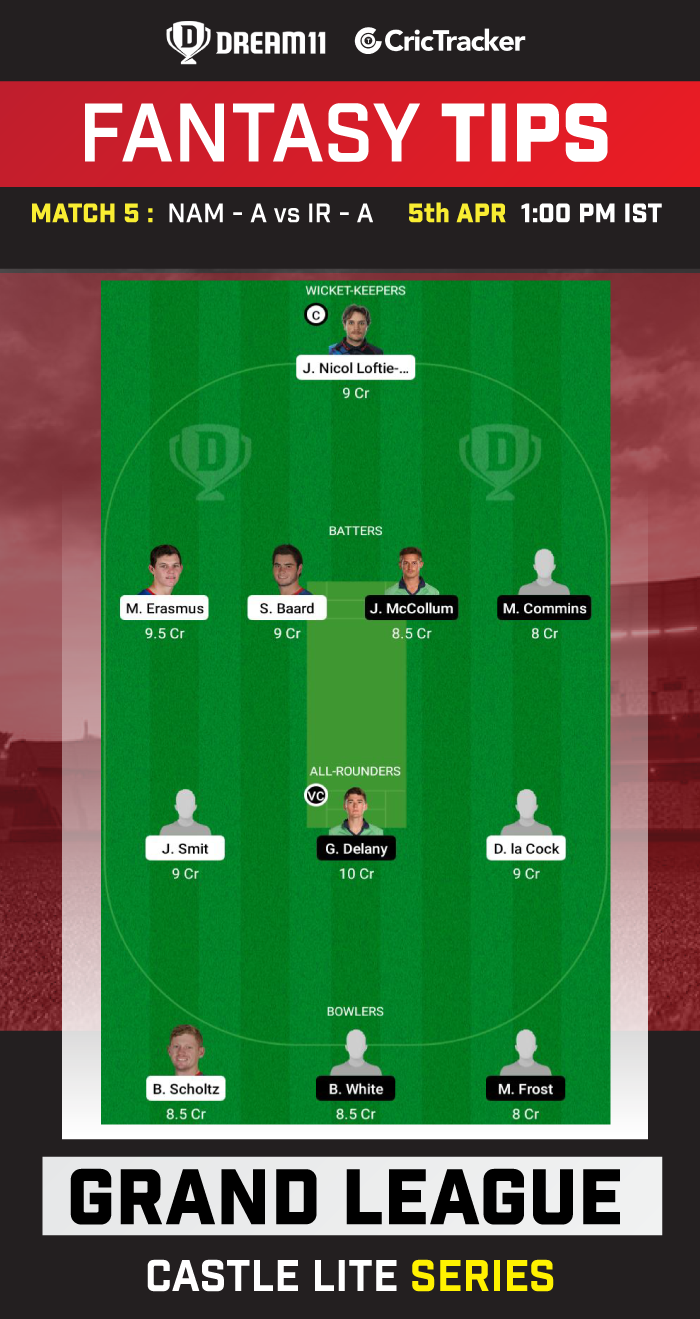 Namibia are expected to win this match.