The 2nd and last game of the 2-match unofficial ODI series between Namibia and Ireland Wolves will be played at the Irene Villagers Cricket Club Ground in Pretoria.

Namibia yet again made a winning start to the series against Ireland Wolves as they have gone 1-0 up in the 2-match unofficial ODI series. They did win the first match of the 5-match unofficial T20I series played last week only to end up losing it by 1-4 margin. In the first One-Dayer, the Namibia bowlers came to the party by restricting the visiting team to a low total of 228/8 which was chased down in only 40 overs. This will be the last match for Namibia in this South African tour but the Ireland Wolves will be involved in a One-Day match against a Select XI later this week.

No rain is forecasted during the match at the Irene Villagers Cricket Club Ground but the venue could be under periodic clouds.

Pretoria’s Irene Villagers Cricket Club Ground hosted only one List A match thus far which was also back in 2015. North West, who faced Northerns, posted 236 while batting first. They ended up winning the match by 130 runs as they bowled out the Northerns to just 106 runs. Hence, it will be interesting to see what type of pitch will be in use on Thursday as the T20 matches were high-scoring ones.

The Namibia skipper Gerhard Erasmus has been in great form with the bat and replicated it on Wednesday with an unbeaten 42. He also claimed a wicket in the four overs he bowled. Craig Williams was brilliant all-round in the T20 series and he started the One-Day series in the same fashion. He scored an unbeaten 25-ball 36 not before picking up two crucial wickets from only four overs he bowled. Stephen Doheny’s batting record in T20s is contrasting to his record in the List A matches. However, in the current form, he is likely to succeed. Doheny did score 22 in the first match and made a decent start. 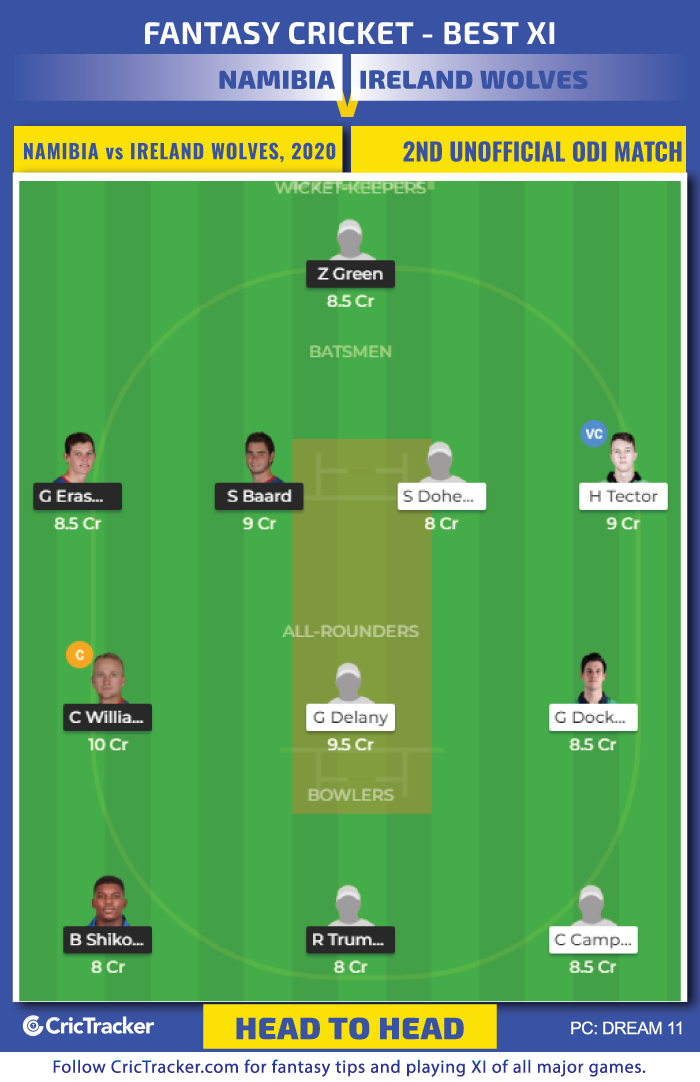 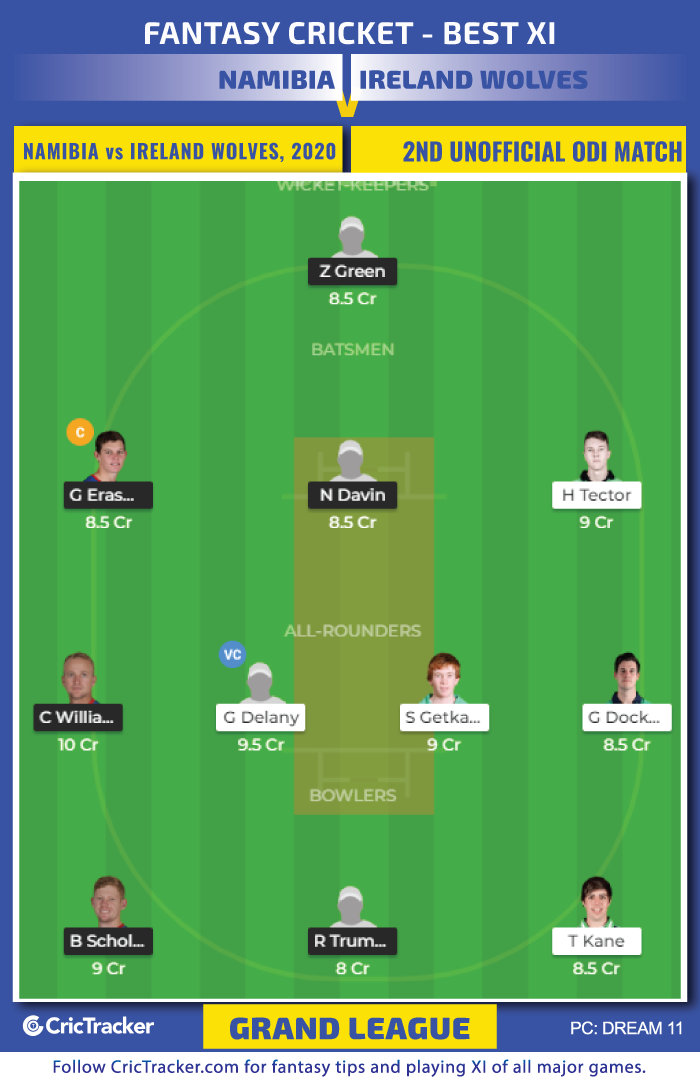 Both the teams continue to experiment with their own combinations in this tour. Having more young players seems to be the strategy of the teams to let the players get the required experiences. Hence, the surprises changes are likely to continue on the final match of the series.

Namibia will be favourites to win this 2-match ODI series against Ireland Wolves.