Bernard Scholtz has got the experience of playing 91 T20 matches for Namibia where he bagged 103 wickets.

The 2nd game of the 5-match unofficial T20I series between Namibia and Ireland Wolves will be played at the SuperSport Park in Centurion.

Ireland Wolves will begin their tour of South Africa with a doubleheader against Namibia part of the 5-match unofficial T20 series. Both the matches on Tuesday will be played at the SuperSport Park in Centurion while the remaining three matches at the Pretoria’s Irene Villagers Cricket Club Ground. The Ireland Wolves led by Harry Tector will be later facing off the Gerhard Erasmus-led Namibian team in two unofficial One-Day matches. The tour will conclude with a 50-over match against Northern Titans Select XI.

The SuperSport Park is expected to be under clouds throughout Tuesday but no rain is predicted before 7 PM local time by which both the matches will get completed.

Namibia and Ireland teams will be facing off in two T20 matches on Tuesday with only one hour gap between the two. The second game will start at 2 PM local time and probably on a surface used for the T20 scheduled for the morning. We could see a bit of turn for the spinners in the afternoon if the track laid for the high-scoring match between England and South Africa be used for Tuesday’s doubleheader.

Stephen Doheny has a good record with the bat in T20 cricket as he scored 307 runs from 9 innings. He has a batting average of 38.37 in this format and also scored two fifties. In the 28 official T20s for Namibia, the all-rounder Jan Frylinck claimed 31 wickets at an average of 20.09. He also aggregated 271 runs across 19 innings at an average of 30.11. The Irish pacer Shane Getkate claimed 44 wickets in the T20 format in only 32 matches at a strike rate of 13.1 and also scored 402 runs at an average of 16.08 which is quite good for a lower-order batsman. Bernard Scholtz has got the experience of playing 91 T20 matches for Namibia. The left-arm spinner claimed 103 wickets in this format with the help of four 4-wicket hauls. 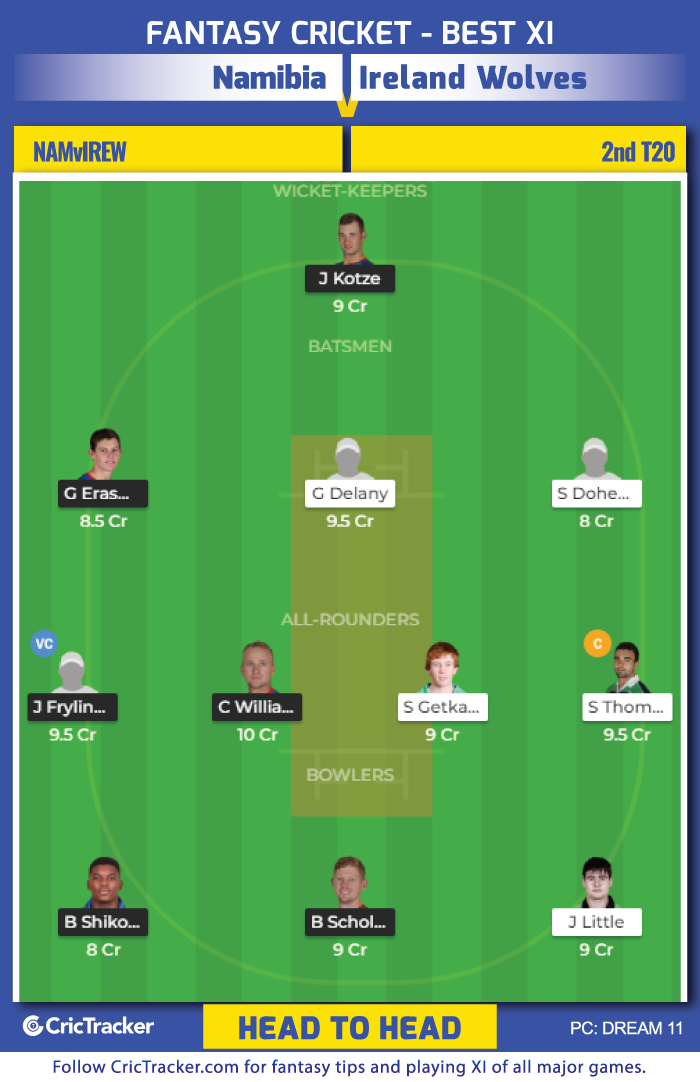 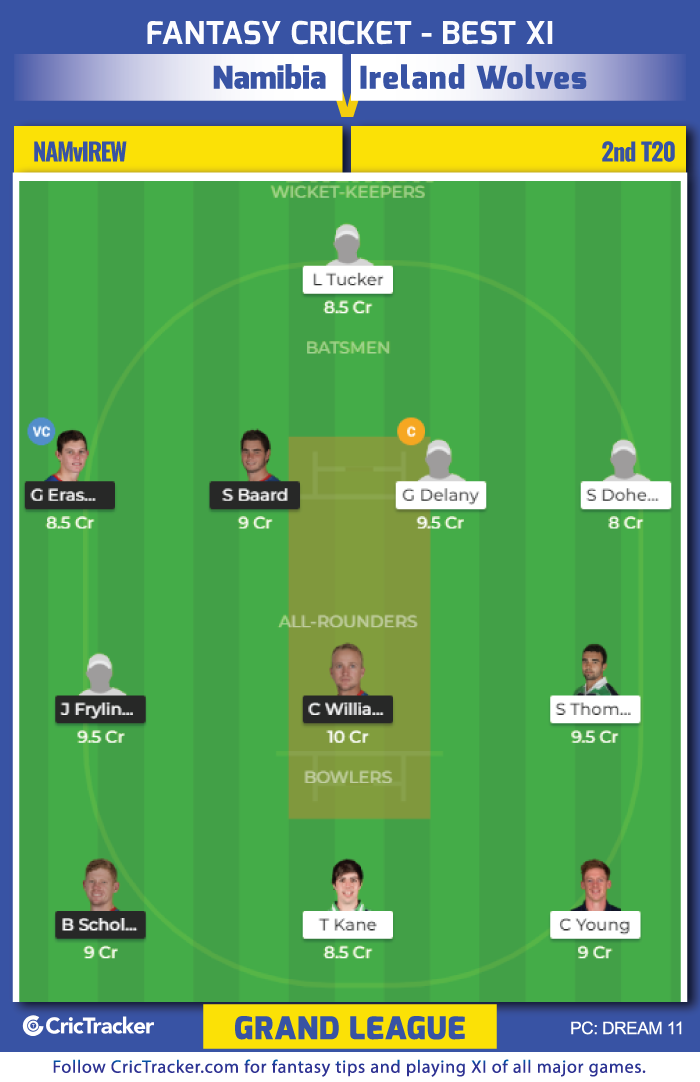 The Namibia and Ireland Wolves will be facing in two matches on Tuesday with only an hour time separating the two matches. Hence, it will be interesting to see if the teams make any major changes to their respective line-ups. The Ireland team will be posting their playing XI prior to the match on Twitter.

Namibia will hold the edge in the afternoon match if both games are played on the same pitch.