Sindh have a 3-2 win-loss record against Central Punjab in the last 5 matches.

Central Punjab will go one on one against Sindh in the 2nd Semi-Final of the National T20 Cup 2021 on Tuesday. Central Punjab finished 2nd in the standings with 12 points. They have managed to win 6 matches and lost the other 4. They too had lots of ups and downs in this competition. Absence of their main man Babar Azam will hurt them in this match. They have beaten Sindh twice in the group stages and are hopeful of repeating the same in this game.

Sindh were slightly inconsistent in the 2nd half of the tournament where they managed to win 2 of their 4 matches played. On a positive note, they had beaten Balochistan in their previous fixture by 5 wickets. With 6 wins, 4 losses they finished 3rd in the standings with 12 points with a net run-rate of 0.478. Key players absence will affect both sides in this game.

The pitch is flat and the batters can score runs easily on this dead wicket. There is not much to offer for the bowlers. Teams chasing have an excellent track record of winning matches here.

Muhammad Akhlaq made the most of this tournament and performed well with the bat. In only 8 matches in this tournament, he has scored 228 runs at an average of 28.5 with a strike rate of 141.61.

Hussain Talat too had a great tournament so far. He has amassed 236 runs at an average of 33.71 with a strike rate of 134.85 and even chipped in with 4 wickets as well.

Left-arm quick, Rumman Raees is the pick of the bowler for Sindh in this tournament. In 9 matches he has scalped 12 wickets at an economy of 7.05 with the best figures of 4 for 33.

CEP vs SIN Must Picks for Dream11 Fantasy Cricket: 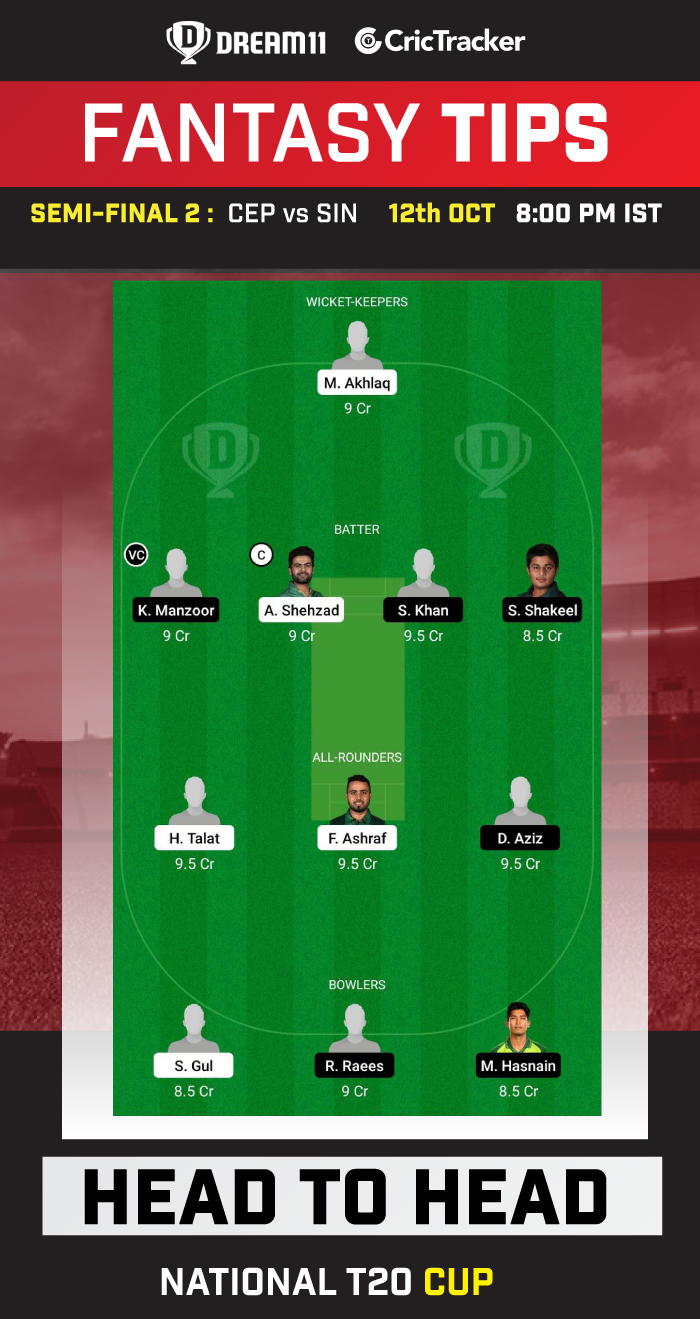 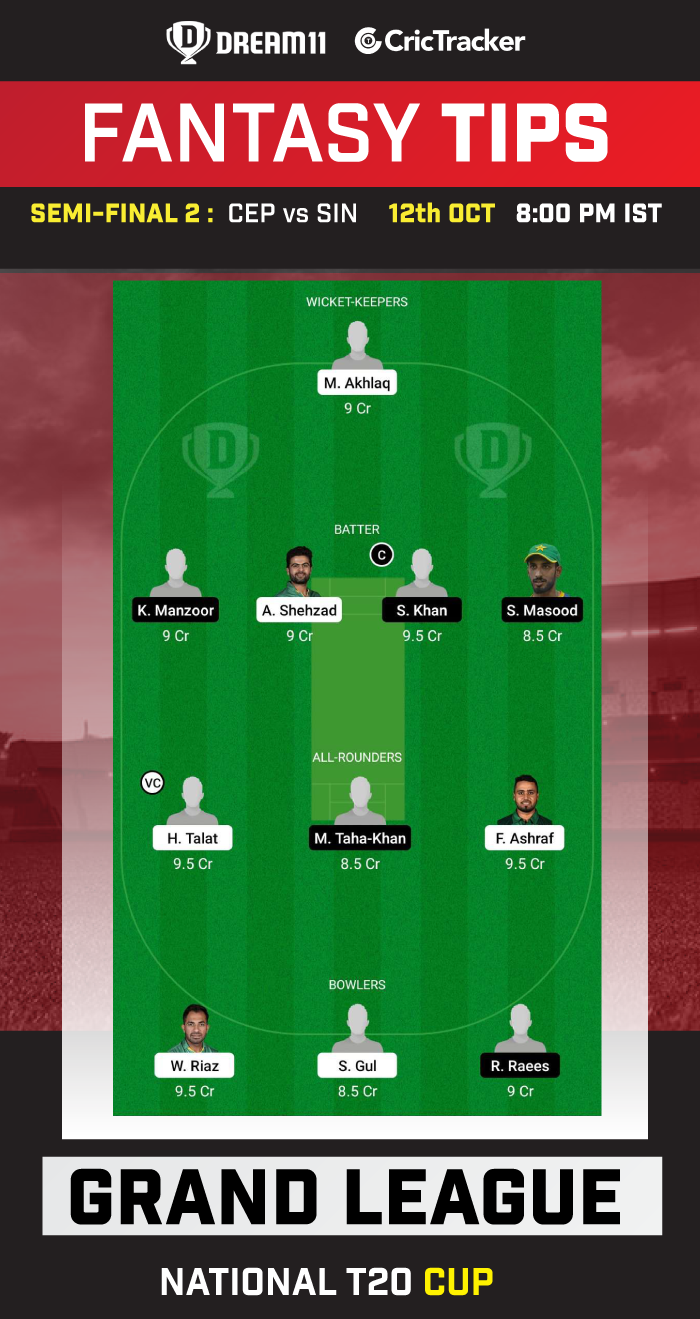