Many have made Muneeba Ali captain after her exceptional century in the previous game. But it is better to trust the all-rounders and the likes of Nida Dar, Javeria Khan for multipliers option.

The 5th game of the National Triangular T20 Women’s Cricket Championship 2019-20 will be played between PCB Challengers and PCB Blasters at the National Stadium in Karachi.

The PCB Challengers and PCB Blasters will face-off in the return fixture of the ongoing National Triangular T20 Women’s Cricket Championship on Monday. The Blasters came up trumps in the previous encounter between the two teams. They defended 154 successfully to win the match by 12 runs. The Challengers, who defeated the Dynamites in their next match, will be keen to avenge the previous defeat now.

The Blasters, on the other hand, have won two out of the three matches so far and would like to finish the tournament on a high. They lost to the PCB Dynamites on Sunday as the score was chased down for the first time in four matches. It is expected to be an interesting match between the two top-class sides.

There is no chance of rain during the match in Karachi on Monday. However, the pitch will be covered as the showers are expected overnight. The temperature is expected to hover around 18-20 Degrees Celsius according to AccuWeather.

The surface at the National Stadium in Karachi has so far witnessed scores around 145-155. The pitch slows down considerably in the second half of the game and the trend should continue even for this match. The team winning the toss has to bat first and then defend the total.

Muneeba Ali scored a scintillating century (108 off 69 balls) and she has to be picked in your Dream11 Fantasy team. Bismah Maroof should be your top pick for this match while Nida Dar is batting at four and picks a wicket or two with the ball which makes her a perfect C or VC material. Sadia Iqbal is also coming off a three-wicket haul.

Javeria Khan and Jaweria Rauf scored 43 and 38 runs respectively in the previous game. The former is rather consistent having scored more than 40 in the first match of the tournament as well. Aliya Riaz and Anam Amin are also decent bowlers. 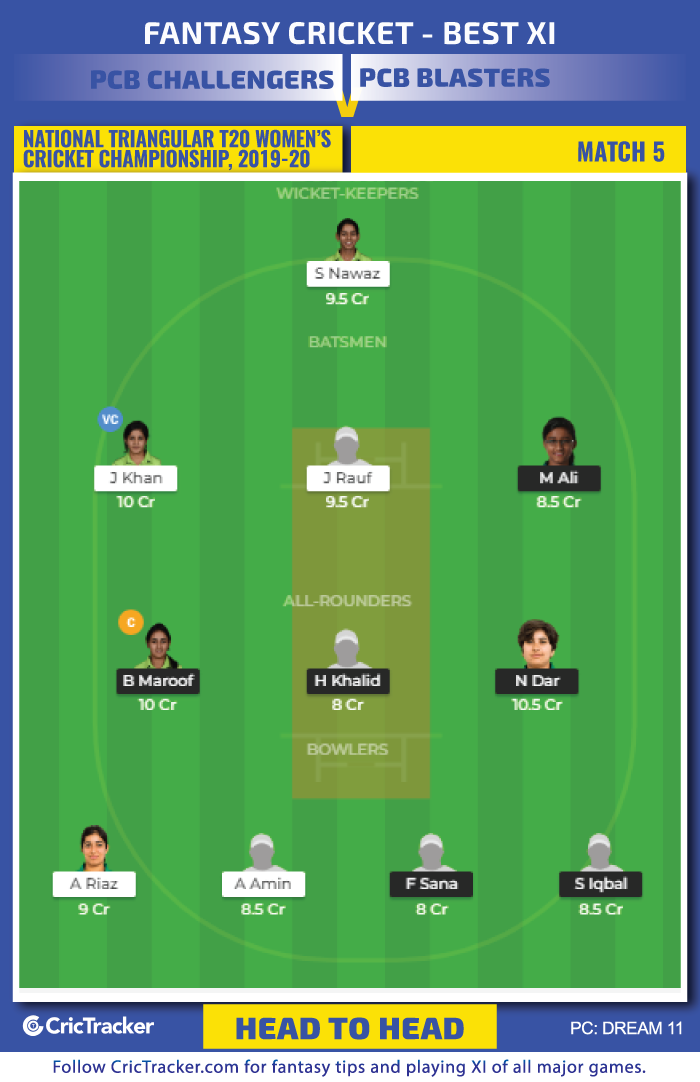 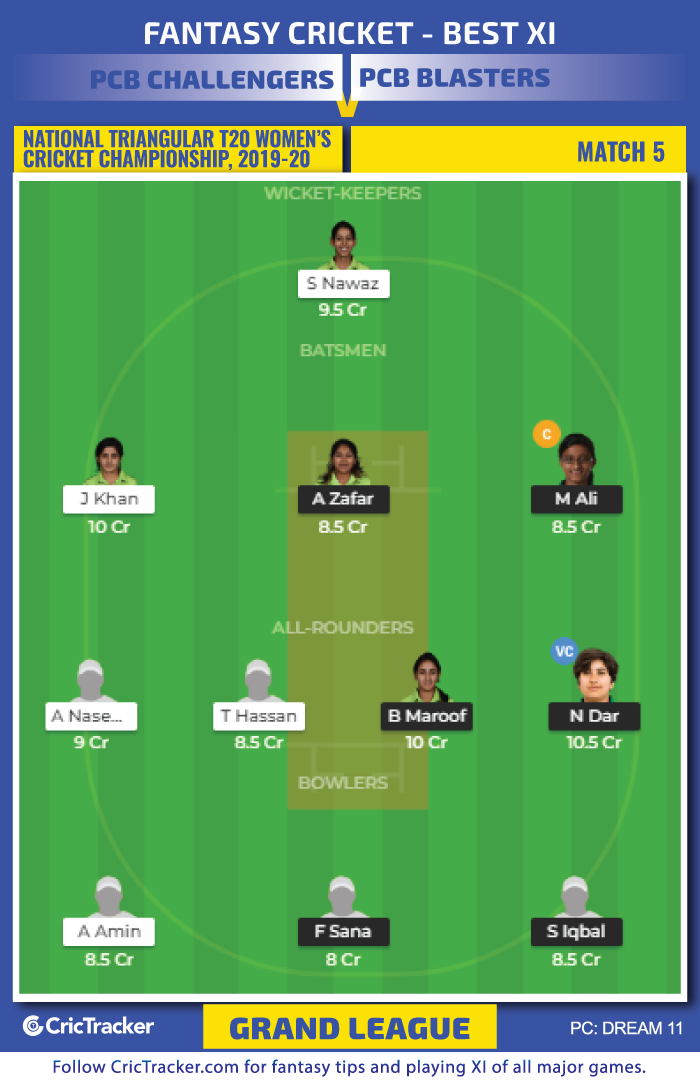 Many have made Muneeba Ali captain after her exceptional century in the previous game. But it is better to trust the all-rounders and the likes of Nida Dar, Javeria Khan for multipliers option.

The Challengers are expected to win the match.