Kainat Imtiaz bats at six and bowls four overs and she could be the top pick in your Dream11 Fantasy team.

The 6th game of the National Triangular T20 Women’s Cricket Championship 2019-20 will be played between PCB Challengers and PCB Dynamites at the National Stadium in Karachi.

The final game of the league stage of the ongoing Triangular T20 Women’s Cricket Championship in Pakistan will take place on Tuesday. As the PCB Challengers and PCB Dynamites lock horns, all the three teams have a chance of making it to the final of the competition. The Challengers seems to have made it to the final through a superior win in the previous game.

Though they cannot afford to lose this match. On the other hand, the Dynamites should win this game by a decent margin to pip either of the teams and seal their place in the final. They have won only a solitary game so far in three outings and the Blasters will be hoping that the Challengers help them in getting to the final. Overall, it is expected to be a close game with a place in the final at stake.

The sun will be out shining in Karachi on Tuesday and the forecast looks perfect for a cricket match to take place. There is no chance of rain whatsoever with the temperature expected to hover around 18-20 Degrees Celsius according to AccuWeather.

The surface has continued to slow down at the National Stadium. Batting first is the best option but even then the team has to post a total around 150 to defend. Slow starts have been the reason the teams batting first have lost in the last couple of matches.

For the Dynamites, Nahida has been one of the consistent batters. She has scored 19, 35 and 36 so far in three outings. While the focus has been on the national players, Iram Javed and Kainat Hafeez have shown immense potential while batting in the middle-order. Kainat Imtiaz bats at six and bowls four overs and she could be the top pick in your Dream11 Fantasy team.

Muneeba Ali, with her run-a-ball 56 in the previous game, proved that her century was not a fluke. She is looking in good form along with her skipper Bismah Maroof who also scored an unbeaten 62 off just 47 balls. Both of them should be the top picks for this game. 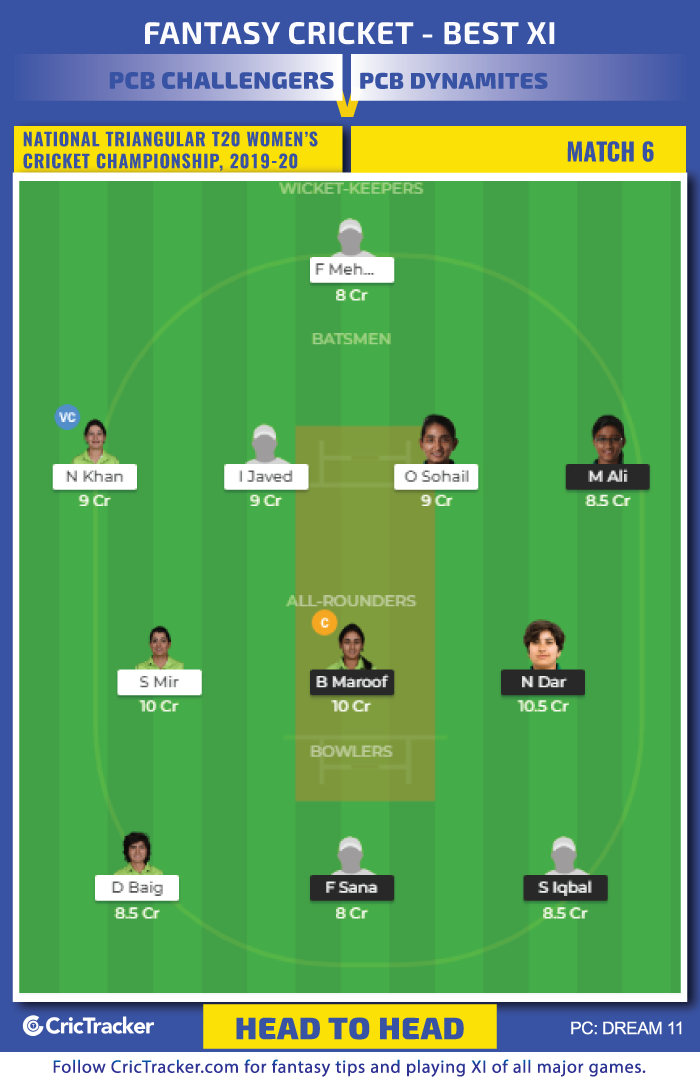 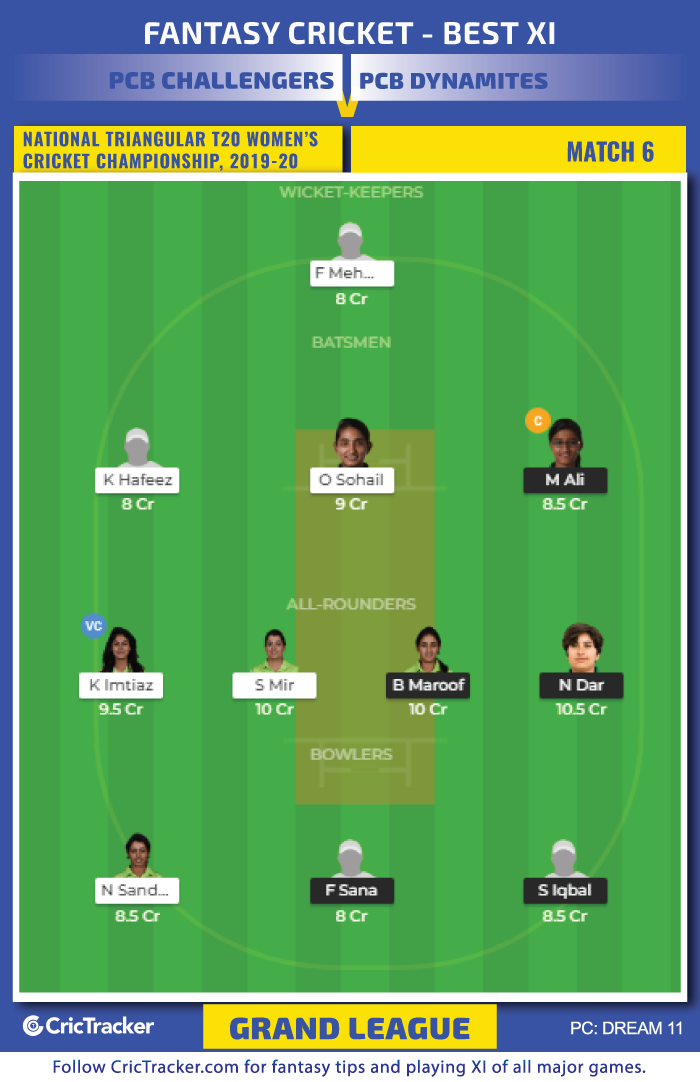 In the last couple of matches, the top four or five batters have played out all 20 overs. It would be better to have them as C or VC of your Dream11 Fantasy teams.

PCB Challengers are expected to win this match.