Aqib Ilyas became the first Oman cricketer to score an ODI century with his 109* against Nepal.

The 5th game of the 2020 Nepal Tri-Nation ODI Series part of the ICC Men’s Cricket World Cup League 2 will be played between Oman and United States of America (USA) at the Tribhuvan University International Cricket Ground in Kirtipur.

Oman has easily been the best side in this Tri-Nation ODI series as they have won all the three matches played thus far. Brilliant performances from individuals played a key role in helping Oman to be unbeaten thus far. In their last match of this tour, Oman will be up against the United States of America who are winless thus far. USA team were on the top of ICC Men’s CWC League 2 points table ahead of the tournament. They won three matches each in the home Tri-series and UAE Tri-series; both in the last 2019.

The University Ground in Kirtipur is likely to be quite cool on Monday without any rain being predicted during the match timings.

The conditions at this venue have been inconsistent in this tournament with a couple of games being played on difficult tracks for batting and couple on flat pitches. 190 was enough for the team batting first to win on Saturday while even 249 was chased down on Sunday. After the rest day, we could expect the pitch to be a high-scoring one.

Mohammad Nadeem has been in great form in this tournament having scored two unbeaten fifties in both the times he got a chance to bat. He also bagged seven wickets in three matches including 3-wicket hauls in the last two games. Ian Holland has been USA’s best player in this tournament so far as he scored fifties in both matches so far and also picked up a wicket each in those games.

Aqib Ilyas became the first Oman cricketer to score an ODI century as he scored an unbeaten 109 against Nepal on Sunday. He did pick up a 4-wicket haul before his hundred in chase. In the game against UAE, Aqib picked up two wickets and also scored 72 runs. Cameron Stevenson has picked up a 3-wicket haul in each of his last four ODI matches. He also aggregated 56 runs across these four matches. 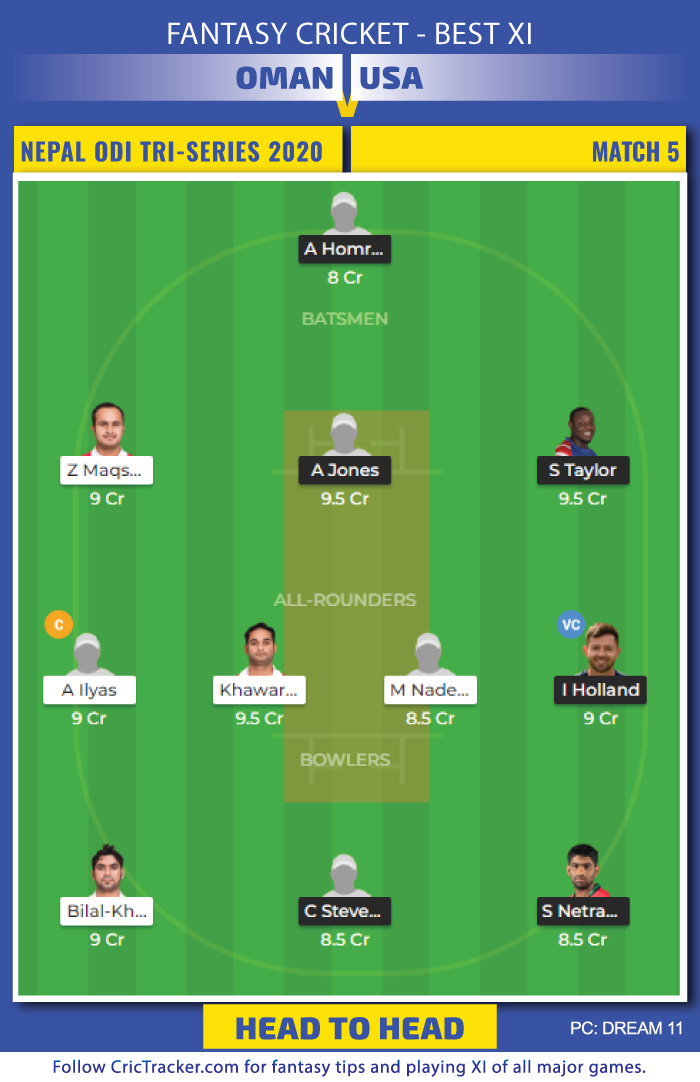 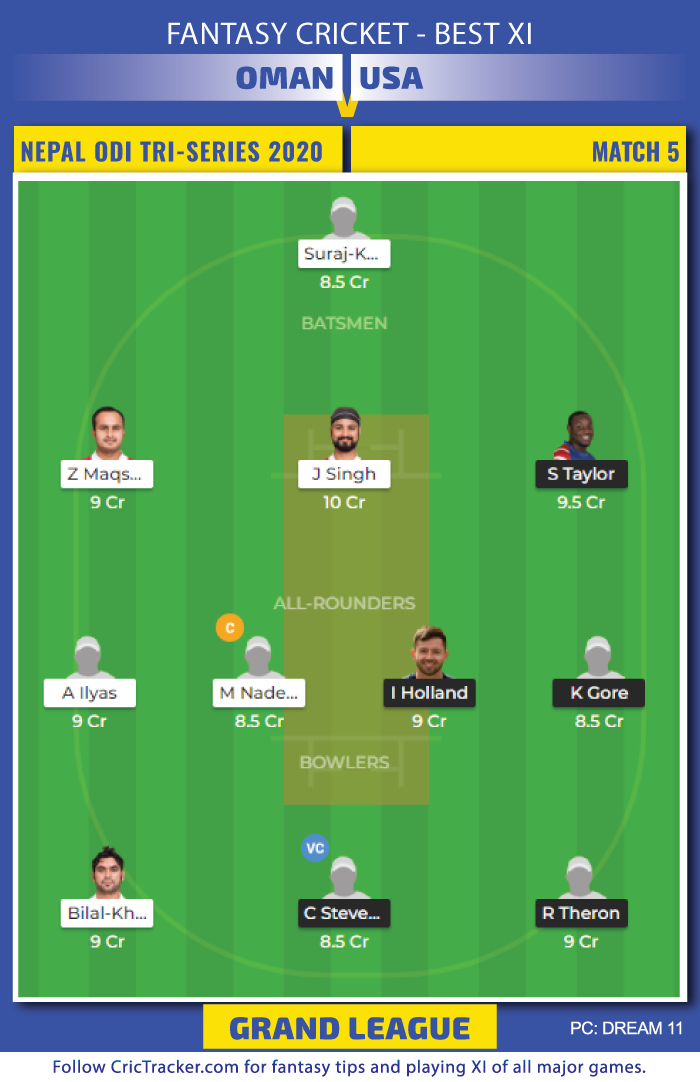 Considering recent form and USA’s bowling attack, only one of Jatinder Singh and Khawar Ali can be picked in the fantasy team. There are good chances of both the players not scoring enough with the bat or only one of them producing a decent performance.