Arjun Nair, the NSW XI skipper, is a decent batsman and also a regular spinner and can give more Fantasy points.

The 4th of the 5-match unofficial ODI series will be played between New South Wales (NSW) XI and England Lions at Drummoyne Oval in Sydney.

England Lions are leading the five-match One-Day series by 2-0 after three matches with the previous game getting washed out due to rain. While Cricket Australia XI faced off the visitors in the first three matches, the New South Wales will lock horns against England Lions in the last two One-Day matches.

The tourists chased down the target in both the matches so far. While it was their bowlers who set up the victory for them in the series opener, the second match saw Sam Hain (122*) and Laurie Evans (94) helping them chase down 282. With the series up for grabs, the England Lions will be hoping for another clinical effort while the NSW XI players will be keen to open the account for the hosts.

Even this game is likely to get washed out with a lot of rain in the forecast in Sydney. While rainfall is predicted even on Saturday, there is no let off on Sunday as well with the showers predicted since mid-night. Only after 5 PM local time on Sunday, the chances of rain come below 50%.

The surface at the Drummoyne Oval has been very good to bat on. Two out of three matches played at the venue during the Marsh Cup this season were high-scoring. But with the rain all around, the fast bowlers will most likely get a lot of swing if, at all, the game happens. The team winning the toss will look to field first.

Arjun Nair, the NSW XI skipper, is a decent batsman and also a regular spinner. He is likely to give a decent amount of points in Dream11 Fantasy. Jonathan Cook is also coming off a very good BBL stint and can make an impact.

For England Lions, Sam Hain scored a century (122*) in the previous game. Laurie Evans also smacked 94 runs in the steep chase. Daniel Lawrence has been consistent with the scores of 35 and 50 and can play an important role with the ball as well having picked five wickets in two matches. Carse has also returned with four wickets so far in the series. 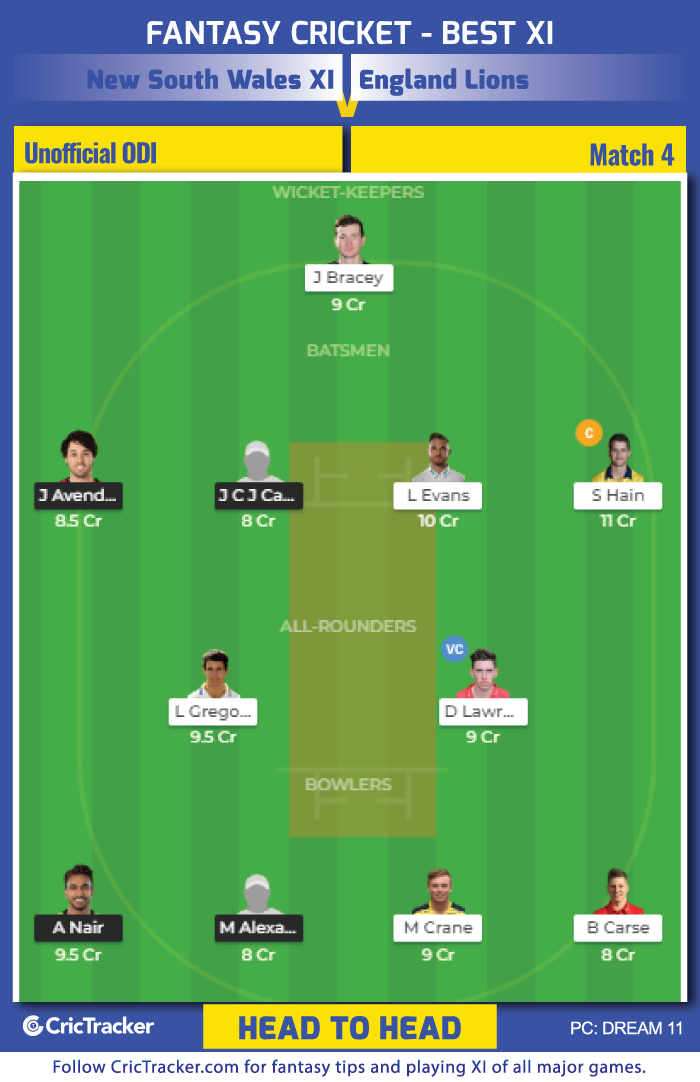 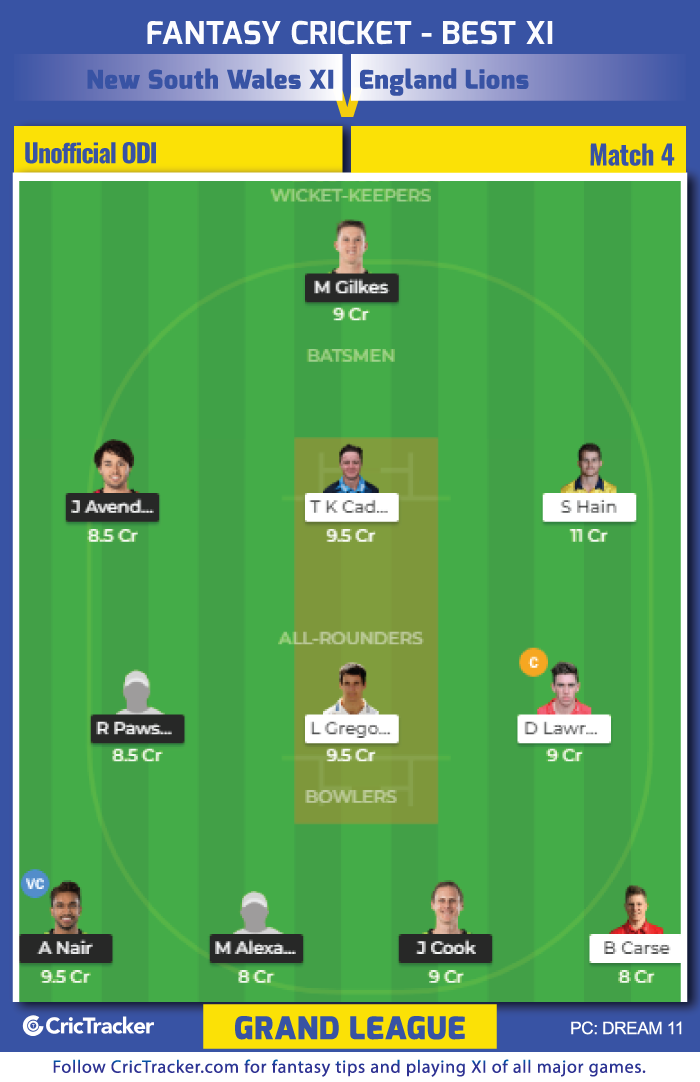 It is tough to predict the batting order of New South Wales XI. It is better to go with the known players of their team.

England Lions are likely to make a few changes as they won’t be losing the series now. Wait for the playing XIs to be announced before finalising your Dream11 Fantasy team.

England Lions are expected to win the match.