Tamim Iqbal has a niggle in groin.

Bangladesh were beaten black and blue in the opening Test at the Seddon Park in Hamilton. Three of their batsmen scored centuries, yet the Tigers slumped to a defeat by an innings and 52 runs. The fast bowling was awful in the ODI series and it was toothless even in the first Test. The likes of Ebadat Hossain, Abu Jayed and Khaled Ahmed tried hard for more than 80 overs.

However, only debutant Hossain got the wicket of Neil Wagner. Mehidy Hasan picked up two wickets but conceded a staggering 246 runs at an alarming economy rate of 5.02. The defeat also made sure that the Black Caps lost all their eight Tests in New Zealand. It goes without saying that the Kane Williamson-captained Black Caps are the favourites for the second contest.

The 2nd game of the 3-match Test series between New Zealand and Bangladesh will be hosted by the Basin Reserve in Wellington.

The pitch is expected to be green on the first day. The conditions will be ideal for batting from the third day onwards.

Tamim Iqbal has a niggle in groin that is most likely to not stop him from playing. 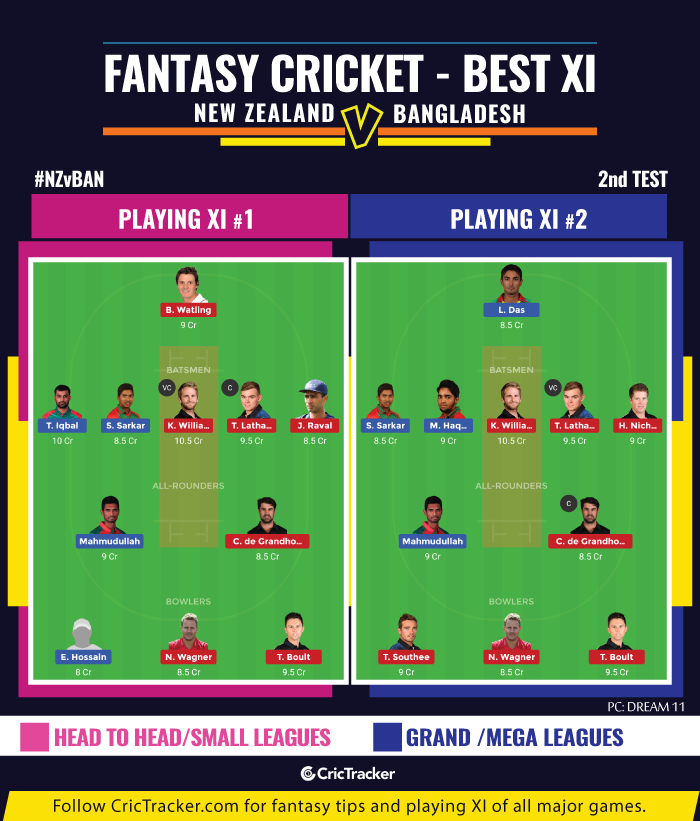 New Zealand are the most likely to come out trumps.