The Kiwis have lost seven out of their last eight T20Is at the Eden Park.

After a successful campaign at home, India are set to embark on their foreign sojourn. It starts with the T20I series against New Zealand. The opening game is scheduled to take place on Friday at the Eden Park in Auckland, five days after India’s 2-1 ODI series win versus Australia. It’s also a chance for the Men in Blue to test themselves out in foreign conditions ahead of the T20 World Cup.

The Black Caps, on the other hand, lost their previous T20I series against England 3-2. The Kiwis lost after the decider in Auckland went into a Super Over. The hosts can draw confidence from the fact that in 2019, they beat India 2-1. On head-to-head count, New Zealand have an 8-3 lead over their opponents. But at the Eden Park, the home team has lost seven out of their last eight T20Is

The pitch in Auckland is expected to be a bowlers’ graveyard. In the last international match at the same venue, the Kiwis and Brits amassed. 292 runs in 22 overs. Moreover, the short boundaries won’t be making life any easier for both bowling units. There are no chances of rain with the temperature around 22 degrees Celsius. Dew is most likely to play a major role in the contest.

Martin Guptill and Colin Munro are likely to be the hosts’ openers. Both are devastating on their day, but have been a tad rusty in recent times. It means that Tim Siefert may have to bat in the middle-order with Kane Williamson at number three. A lot will depend on the experience of Ross Taylor.

The batting has depth as even the likes of Ish Sodhi can wield the willow to good effect. One of Scott Kuggelejin and Hamish Bennett will be sharing the pace attack with skipper Tim Southee. Ish Sodhi and Mitchell Santner are the specialist spinners. Mitchell and Grandhomme are the all-rounders.

Rohit Sharma has made his return after a break. He will be opening with KL Rahul, who has been in decent form. Virat Kohli strengthens the middle-order. Kohli didn’t play the last time India played T20Is in New Zealand and he will look to perform well. Iyer and Pandey have also come up the ranks.

The visitors will need to take a call on whom to play among Ravindra Jadeja, Shivam Dube and Washington Sundar. Jasprit Bumrah is yet to come into his own and his role will be crucial. The onus will also be on Mohammed Shami and Navdeep Saini to crank up the pace and ruffle feathers. 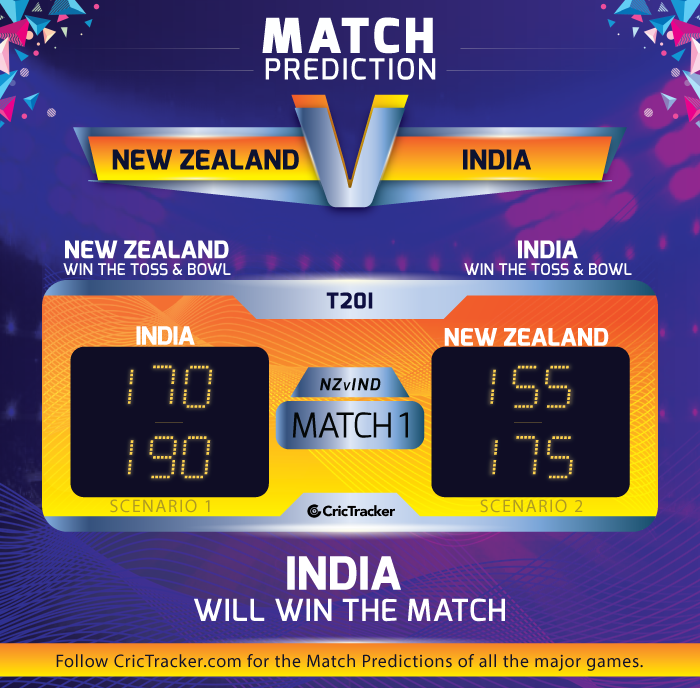