The 2nd game of the 3-match ODI series between New Zealand Women and South Africa Women will be played at Eden Park Outer Oval in Auckland.

New Zealand Women’s struggle in the ODI format continues as they have lost eight of their last ten ODI matches including six of the seven ODIS since the start of 2019. They were restricted to 259/9 batting first and were at least 25 runs short of a winning score. The home team bowlers made unsuccessful efforts to take wickets. However, the 162-run opening stand ensured South Africa Women’s first tour of New Zealand in 20 years began with a big win. The two sides will once against clash off at the Eden Park Outer Oval where the home side will be aiming to level the series.

There is no forecast of rain during the match but a few clouds are expected around the venue.

The Eden Park Outer Oval has witnessed big chases in the last two Women’s ODIs it has hosted. In February 2017, the home team chased down 276 against Australia Women while South Africa Women chased down 260 on Saturday. We can expect another high-scoring game here if a different pitch is used.

Laura Wolvaardt and Lizelle Lee stand among top run-getters in the ODI format over the last 2-3 years. They proved their utility during the first ODI by scoring of 91* and 99 respectively in the 260-run chase. Sophie Devine’s first match as an ODI captain didn’t go well but is likely to bounce back on Monday. She has amassed over 700 runs and picked 12 wickets across 14 ODIs since the start of 2018. Dane Van Niekerk had a decent first match on her International return and could be seen playing a bigger role when the team requires. The 162-run opening stand eased the big chase and hardly gave a role to Niekerk in the remainder. 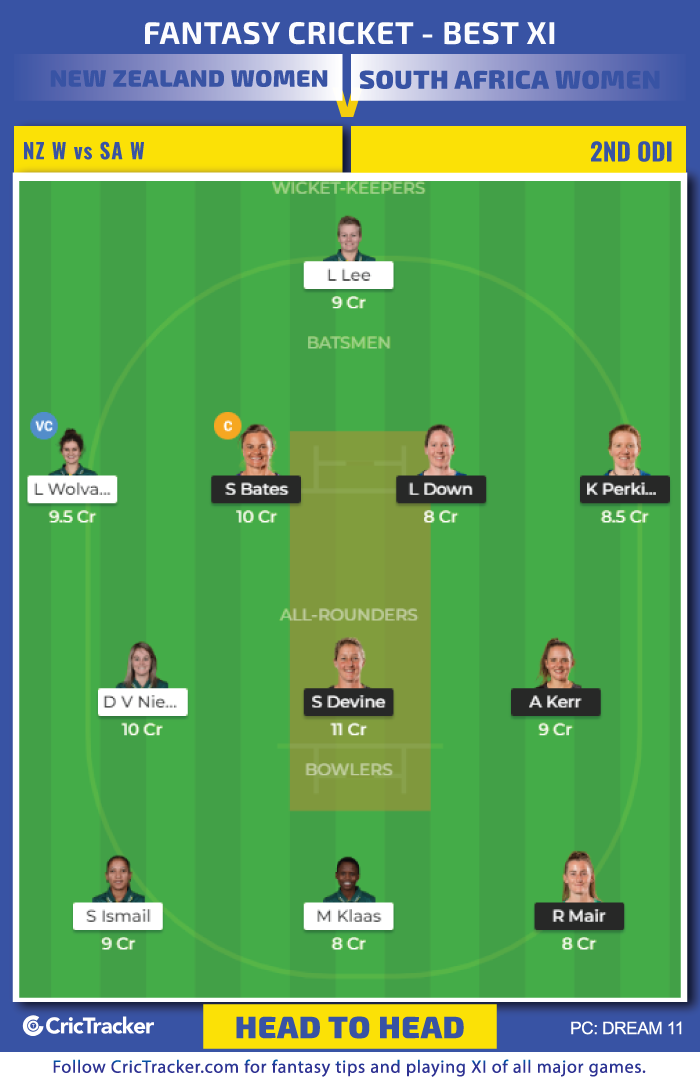 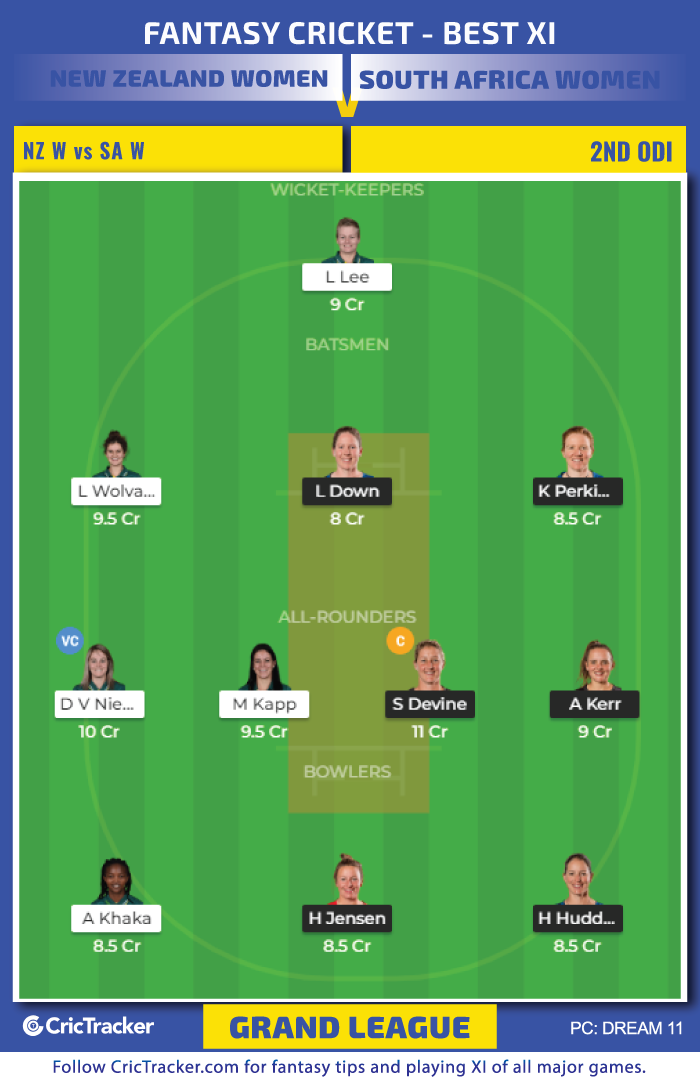 New Zealand Women could be seen making few changes especially to their bowling attack which was ineffective in the first match. They could give a chance to Jess Kerr who is in great form by taking 20 wickets across 11 matches in the recently concluded Women’s Super Smash.

New Zealand Women are expected to level the series.