Sophie Devine is in red hot form with the bat. She has scored three consecutive fifties so far.

The 4th game of the 5-match T20I series between New Zealand Women and South Africa Women will be played at Basin Reserve in Wellington.

South Africa women marked their comeback in the T20I series with a win against New Zealand in 3rd T20I. They hoped to win the series in which the hosts are currently leading by 1-0. In the previous game, Dane van Niekerk, Sune Luus and Chloe Tryon turned out to be the star performers, who helped their side in clinching their first win in the T20I series. Now, in the upcoming game, they would be eager to replicate their good form in order to win the crucial game against White Ferns.

It was a bad day for New Zealand Women on Saturday as they lost a big chance to win the series against South Africa Women. Now, they would be eager to get back on the winning track in the next match. In batting, they have done convincingly well so far in the series. Sophie Devine and Suzie Bates, who are scoring runs in a consistent fashion. Meanwhile, their bowling needs to come up with some improved effort as they failed to restrict South Africa women in the 3rd T20I. If they managed to do so, then the chances are quite high that they might win the upcoming match.

During the match time, it will be cloudy with no chances of rain. The wind is expected to blow at a rate of 15 to 33 km/hr. On the other hand, the temperature is expected to deviate between 15 and 20 Degree Celsius throughout the day according to Accuweather. The bowlers will probably get an atmosphere that will support their bowling.

The track at Basin Reserve will probably go in the favour of the batters. The 3rd T20I was played at this ground in which both the sides managed to go past 150 runs in their respective innings. It was well assessed that the bowlers were not getting much help in the latter half of the game. And, the side chasing won the game without much hustle. So, the same will be expected in the 4th T20I that will be played on the same ground.

Sophie Devine is in red hot form with the bat. She has scored three consecutive fifties against South Africa Women. She will be an obvious pick for any Dream11 Fantasy. Dane van Niekerk also did well in the previous game with the bat and ball. She is expected to repeat the same in the 4th T20I. She should not be ignored while picking fantasy side. Laura Wolvaardt will also play an important role in any fantasy team. 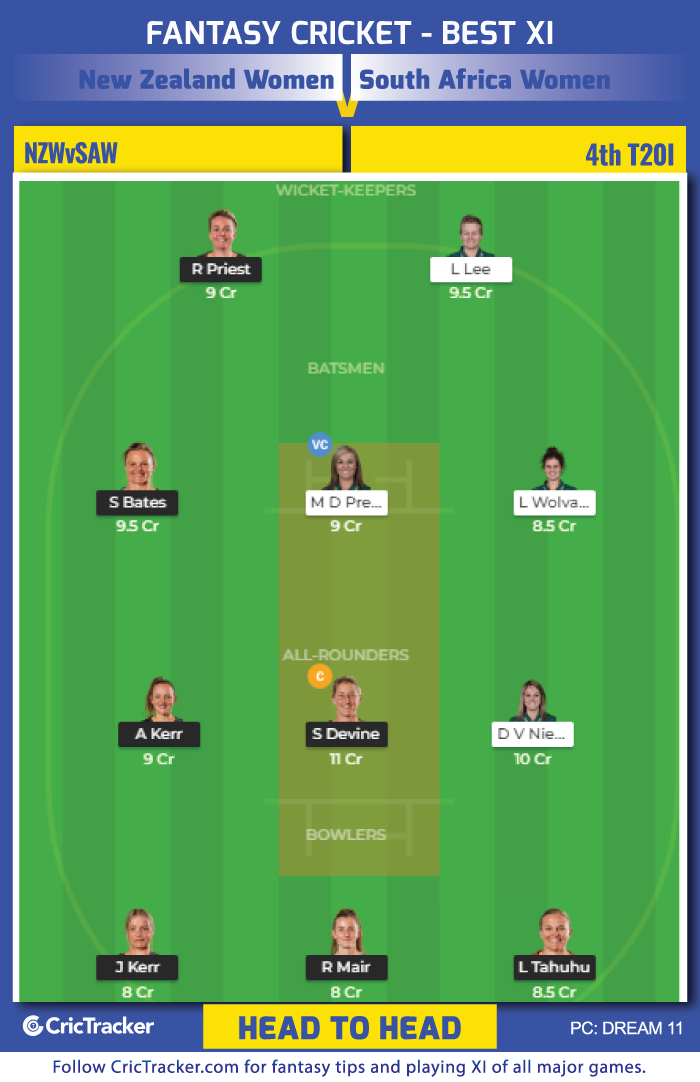 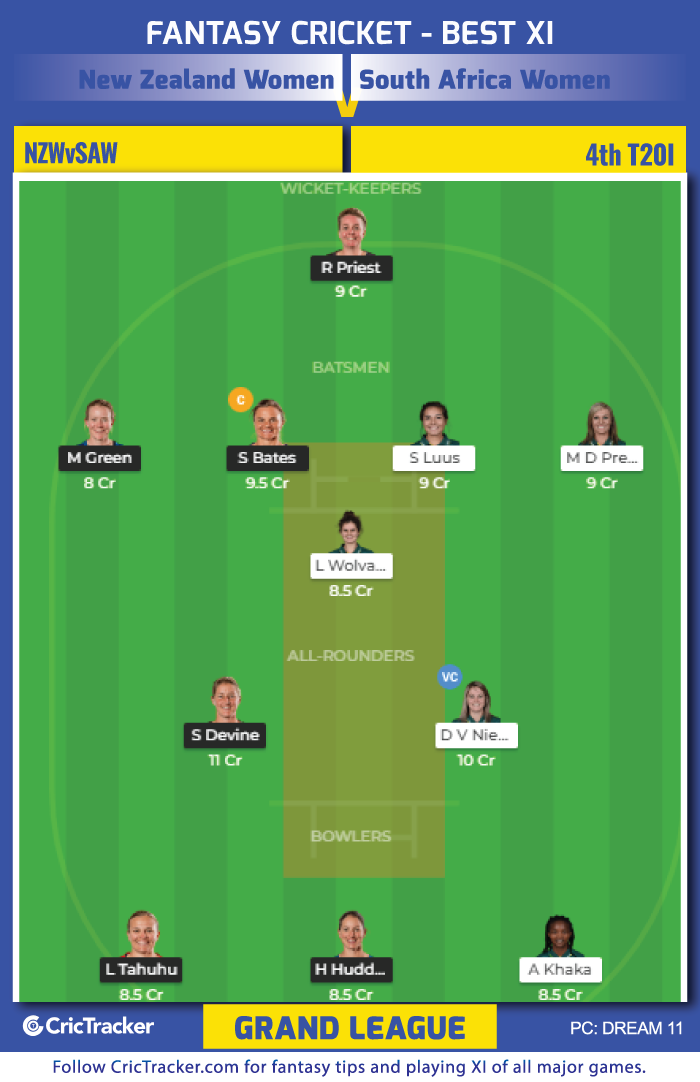 The users can go with the combination of two wicketkeepers, three batters, three all-rounders and three bowlers. Both the teams can opt for some surprising changes in their team for the fourth T20I as a part of their World Cup preparations.

South Africa Women are expected to register their second win in the T20I series against New Zealand.