Mayank Agarwal has a batting average of 66.33 in List A cricket since the start of 2018.

The 1st warm-up match between New Zealand XI and India A will be hosted by Bert Sutcliffe Oval in Lincoln.

India A’s tour of New Zealand will kick start on Friday when they face New Zealand XI in first of the two warm-up matches. The Shubman Gill led team will face the NZ-XI led by Daryl Mitchell at the Bert Sutcliffe Oval. India A contains some of the big names like Mayank Agarwal, Krunal Pandya and Mohammed Siraj. On the other hand, the New Zealand XI consists of the performing players from the domestic circuit like Dane Cleaver, Sean Solia and Zak Gibson.

The Bert Sutcliffe Oval is expected to be clear from rain clouds and rain on Friday during the match timings.

The Bert Sutcliffe Oval hosted three matches in the 2019/20 Ford Trophy where the team batting first posted 260+ totals. Northern Districts recorded a 271-run chase in those three games while in another game, the Otago team clinched a 2-run win over Wellington while defending 262. With short boundaries at this venue, we could see totals close to 300 in both warm-up matches.

Prithvi Shaw travelled for New Zealand on Thursday and is likely to miss the first warm-up.

Mayank Agarwal has aggregated 1990 runs in List A cricket since the start of 2018 across 33 innings. The top-order batsman has an average of 66.33 in this period where he smashed eight hundreds and seven fifties. Rahul Chahar has claimed 13 wickets in seven List A matches for the India A at a strike rate of 25.15. Dane Cleaver can be considered as the best option in the keepers’ category. He scored 268 runs across 5 innings during the recent Ford Trophy at an average of 53.6 with a hundred and a fifty. In the same tournament, Andrew Hazeldine bagged nine wickets in four matches with two 3-wicket hauls. 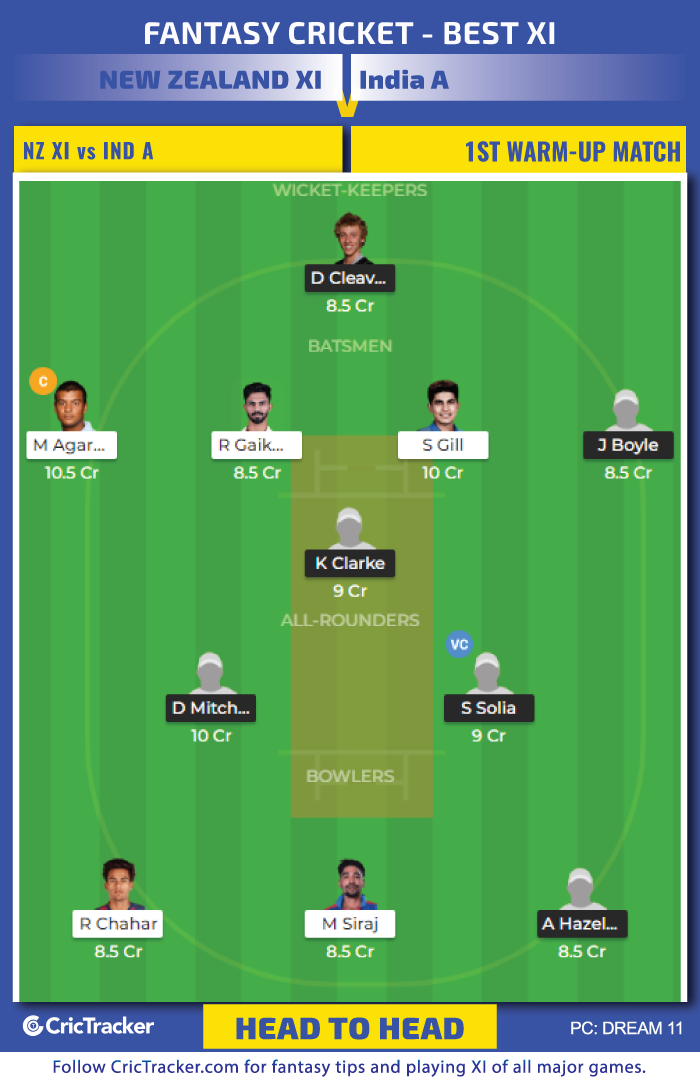 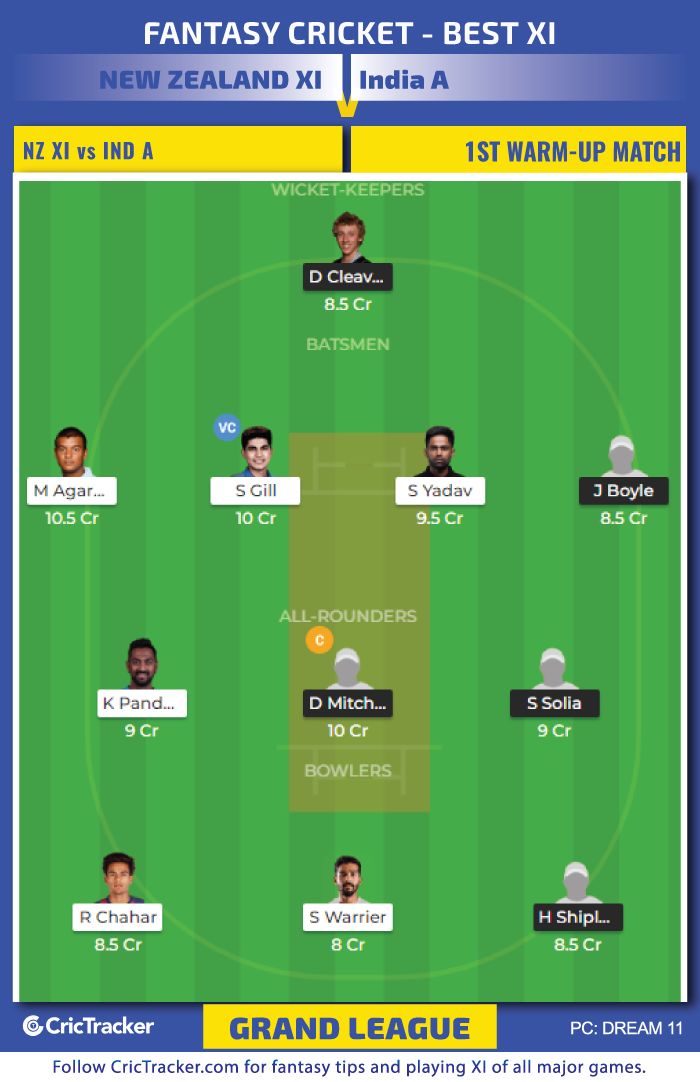 Since this is a warm-up match, we might see all the players in both squads getting a chance to bat or bowl. However, if the game follows List A rules, India A might leave out Ishan Porel and one of three all-rounders Vijay Shankar, Krunal Pandya and Axar Patel. The young batsman Prithvi Shaw is expected to miss in both the cases as he travelled to join the squad on eve of the match. Jakob Bhula might sit on the bench for the New Zealand XI if only 11 players are permitted.

The experience in India A will help them to start the tour with a win.