Northern Knights are expected to emerge victoriously in this game. 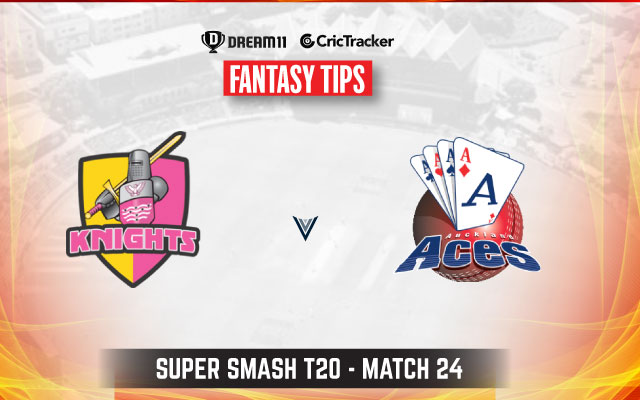 The 24th match of the Super Smash will be played between Northern Knights & Auckland Aces at the Seddon Park, Hamilton on January 29th, Friday.

The match is scheduled to start at 7:50 am IST and will be streamed live on FanCode.

Northern Knights & Auckland Aces have been two relatively struggling teams in the tournament, as they both feature in the bottom 3 at the points table. Northern Knights have won 3 out of 8 games, while Auckland have managed to win only 1 out of their 7 games.

Both teams will battle it out with nothing to lose attitude, but the Knights have looked a better team so far in this year’s Super Smash and they will be looking to capitalize against a weaker looking side. Overall, this is expected to be a thrilling contest.

There will be great conditions to play a game of cricket at the Hamilton as the skies will be clear. The temperature will be hovering around the 21 degrees mark.

This is a balanced track where the bowlers do most of the talking. So, both captains would like to bowl first if in case they win the toss. That being said, it has been a 50-50 percent affair of winning and losing on this ground.

Also Read – If a bowler concedes a boundary, I know Ravi Shastri will shout at me: Team India bowling coach Bharat Arun

Scott Kuggeleijn has been a lethal bowler for the Northern Knights, picking up at least 2 wickets in every game of the tournament and giving away close to 6 an over. The all-rounder has been in great form lately and is expected to continue to do so in this game, as he picked up 2 wickets the last time these 2 sides faced each other.

Anton Devcich has been striking at 147 in this tournament and has been another great all-rounder pick for the Knights. Devcich is also a busy fielder who can grab you some extra fantasy points only through his fielding. Devcich missed out the last time against the Aces, so he would be looking to make amends in this fixture.

Glenn Phillips has been a player to watch out for ever since his century against the West Indies earlier this year. He hasn’t looked back ever since and the last time he faced the same opponent in this tournament, he hit 8 huge sixes and a boundary to make 68 off 33 deliveries, before DRS came into play and ended his side on the losing end.

Tim Seifert is a T20 specialist for the Knights and being a wicket-keeping opener, you can capitalize on the opportunities he gets to score fantasy points and the game time as well. Seifert is capable of scoring quick runs and in his previous game, he scored 24 off 17. But the last time, he did not have the best outing against the same opponent so he would like to take the Northern Knights off to a flier this time around.

Will Somerville has picked 5 wickets in his last 3 games for the Auckland Aces and will be the axle of their chances of winning this game. If Somerville breaks the backbone of the dominant batting order of the Knights, the Aces will be in for a huge chance. 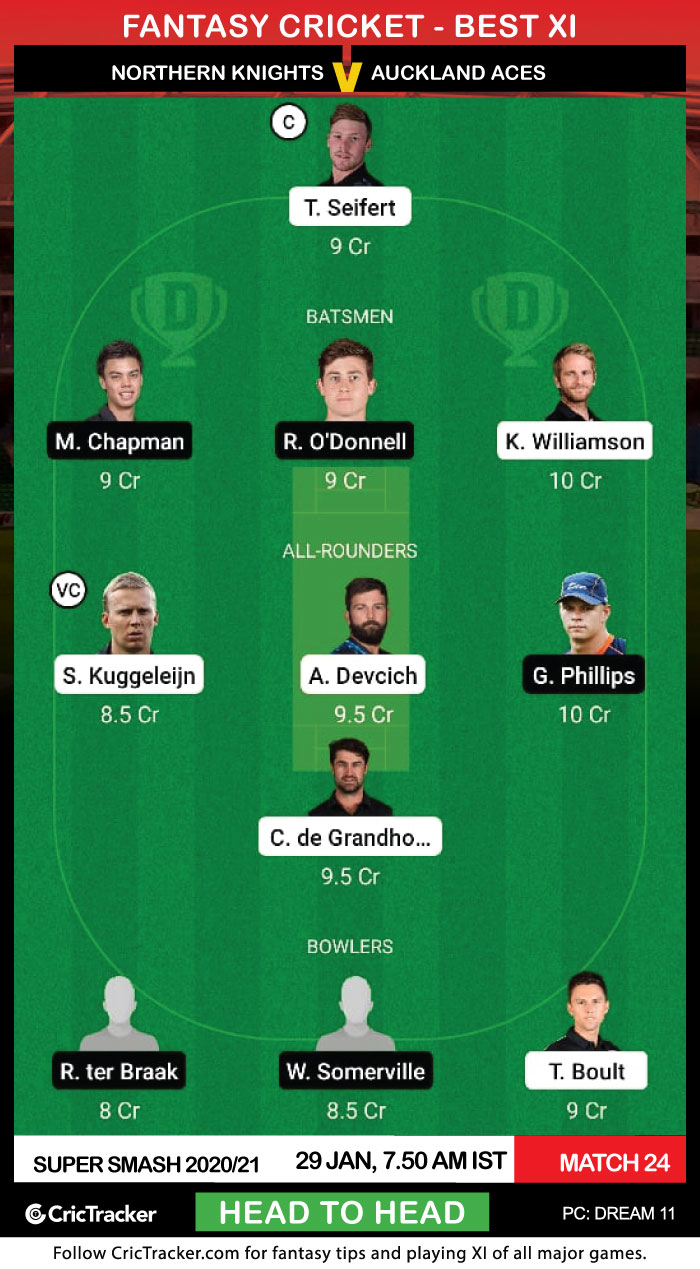 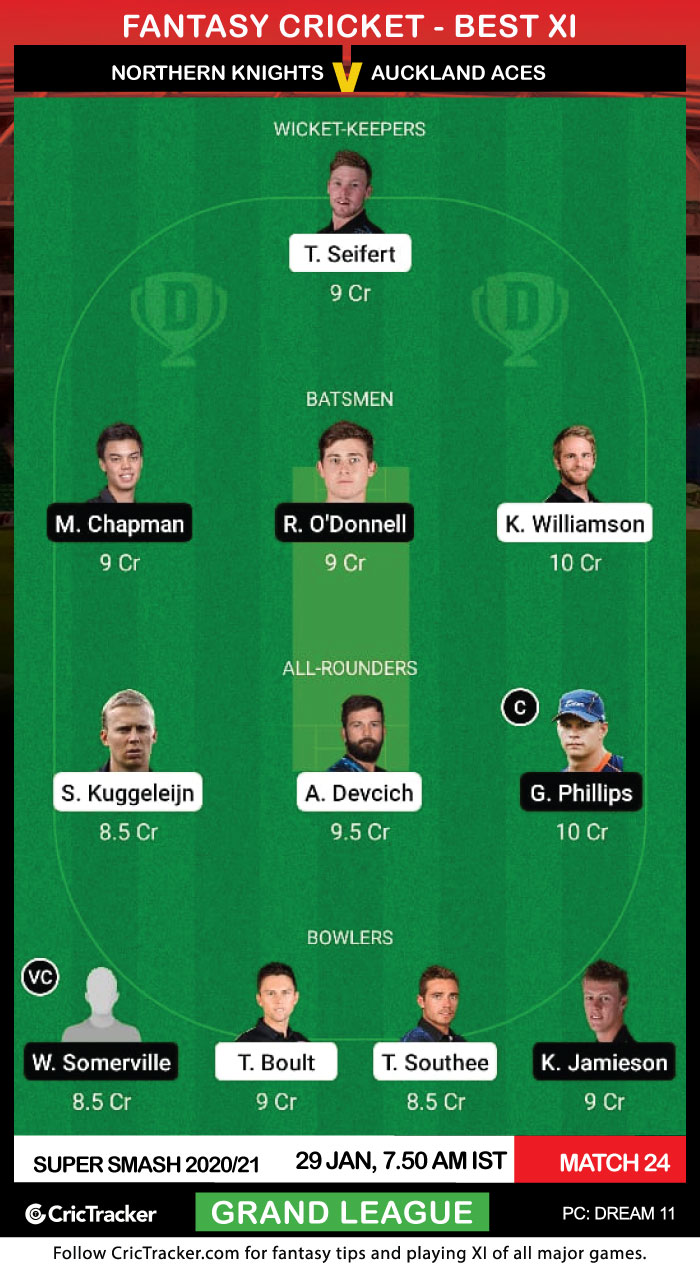 It will be a bowling friendly surface, so go with the likes of extra all-rounders or bowlers rather than choosing extra batsmen.