Star-studded Northern Knights are expected to have it easy against Canterbury Kings. 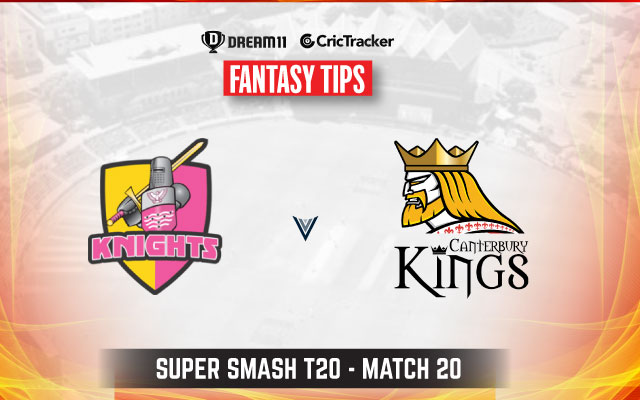 The 20th match of the Super Smash 2010-21 will be played between Northern Knights and Canterbury Kings at the Seddon Park, Hamilton.

Northern Knights will take on Canterbury Kings at the Seddon Park in Hamilton. With five wins from six matches, the latter are enjoying a great season so far and they would be looking to extend their good run against the out of form Northern Knights side. Currently placed third, a win will take them to the second stop.

On the other hand, the depleted Northern Knights have their team strengthened by the return of star Kiwi batsman, Kane Williamson, after seven long years. With other New Zealand Internationals also returning into the squad, they now look a force to reckon with. With just three league games to go for them, they would want to win them all to end the season on a high.

Scattered showers are predicted for the day in Hamilton. It will be partly cloudy in the evening during the game. The chances of rain are only 10 percent and the temperature will be around 16 degrees Celsius.

Considering the only match that happened at this venue, it seems like a bowling wicket and might help the likes of Tim Southee and Trent Boult. But with some quality batsmen on either side, we can see a decent score on the board.

Daryl Mitchell, the all-rounder, has been in tremendous form scoring 187 runs in 4 innings at a strike rate of 142.74 and has picked up 6 wickets as well.

Cole McConchie, the Canterbury captain, has finally hit form. He has scored 151 runs at an average of 50.33. He has also picked up 4 wickets.

Kane Williamson, the Kiwi national team Skipper, will be playing for Northern Knights after 7 years. He was in great form in the series against Pakistan, scoring runs at will.

Tim Seifert has 221 runs to his name in this edition’s Sumer Smash. He has been consistent and averages 31.57. 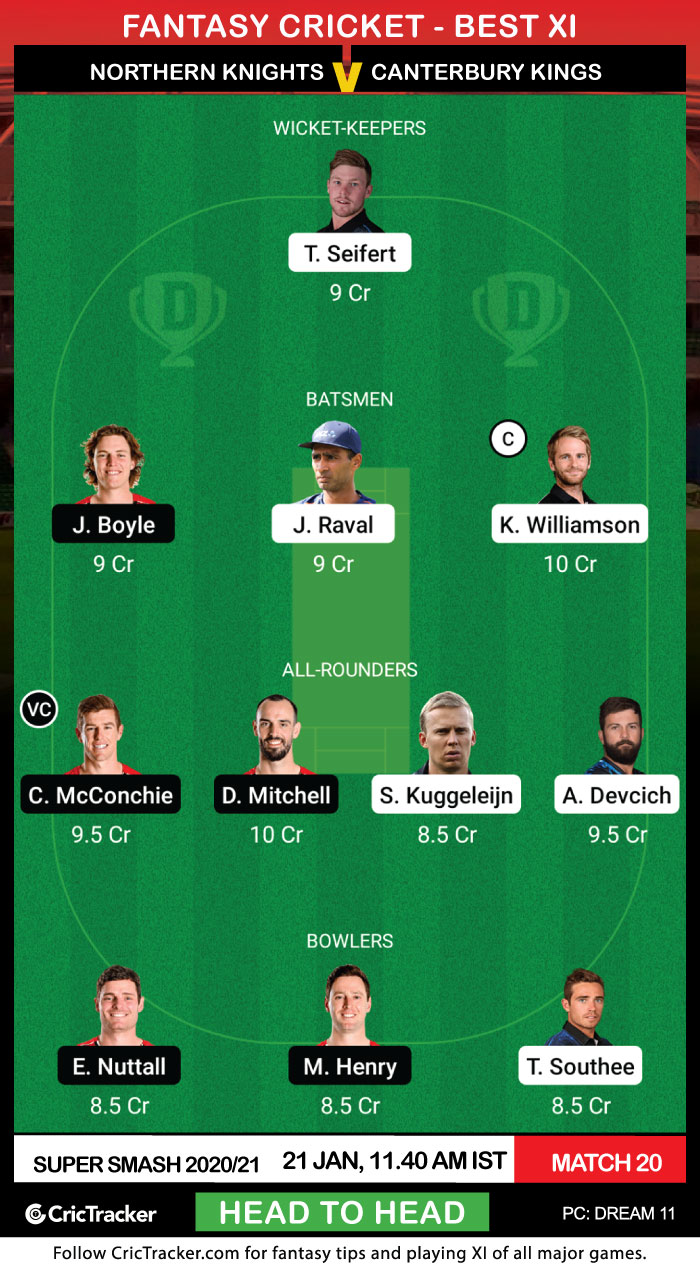 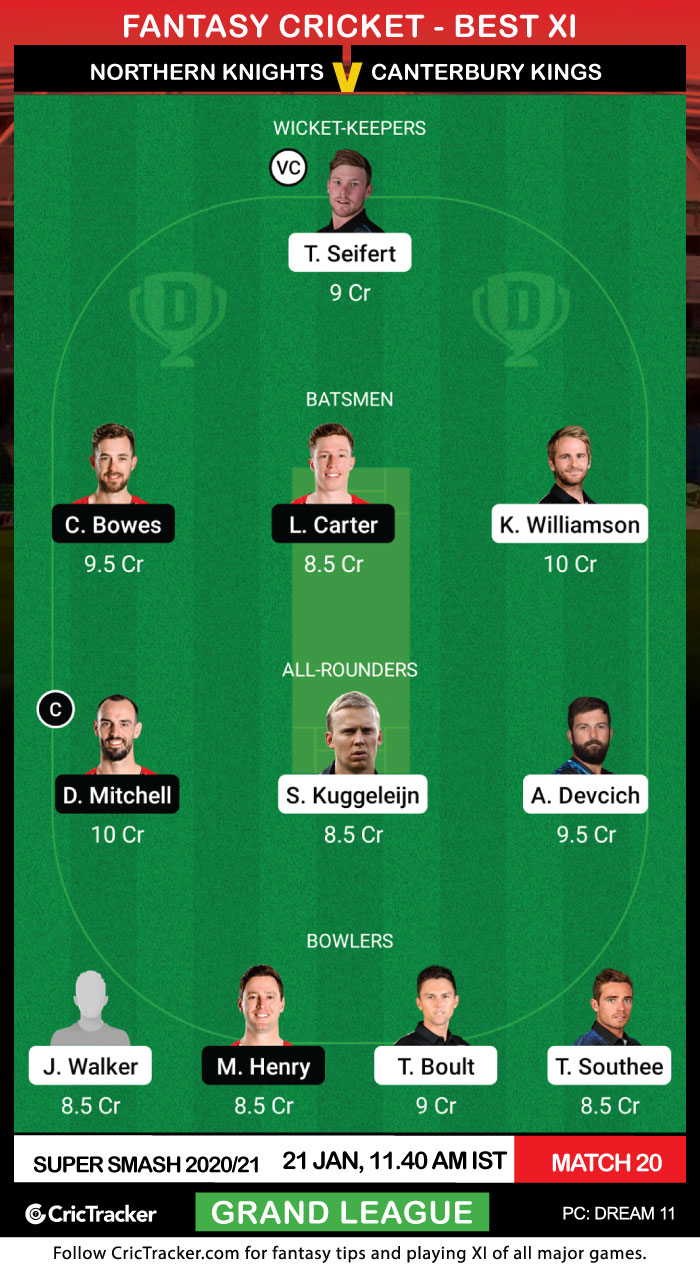 Daryll Mitchell has played 4 games and earned 397 which is almost a hundred points per match. He should be made captain of at least one of your teams in Dream 11.