For the Warriors, their skipper Andy McBrine has been the most consistent performer.

Northern Knights will be up against North-West Warriors in the upcoming game of the Ireland Inter-Provincial ODD 2021. Both the teams have got off to similar starts. The Knights were beaten in their first match, but in their second game, they found the winning ways.

The Warriors have also followed a similar curve. They lost their first game against the Lightning, but were pretty flawless in their last game against Munster Reds. In that game, both team will try to remain on the winning track.

The surface here at the Civil Service Cricket Club will help the batsmen. Anything under 250 will be a poor total on this track.

Probable Playing XIs for NKN vs NOR:

Top Picks for NKN vs NOR 11Wickets Match:

Jeremy Lawlor is the reason why his team got the win the last game, as he scored a fantastic 80.

For the Warriors, their skipper Andy McBrine has been the most consistent performer. He has scored 70 runs and has also picked up 3 wickets.

Also Read: ‘Write his name on sand and not yet on paper’ – Wasim Jaffer backs Pat Cummins to lead Australia with a subtle sarcasm on Sandpapergate

Suggested Playing XI No.1 for NKN vs NOR 11Wickets Fantasy Cricket: 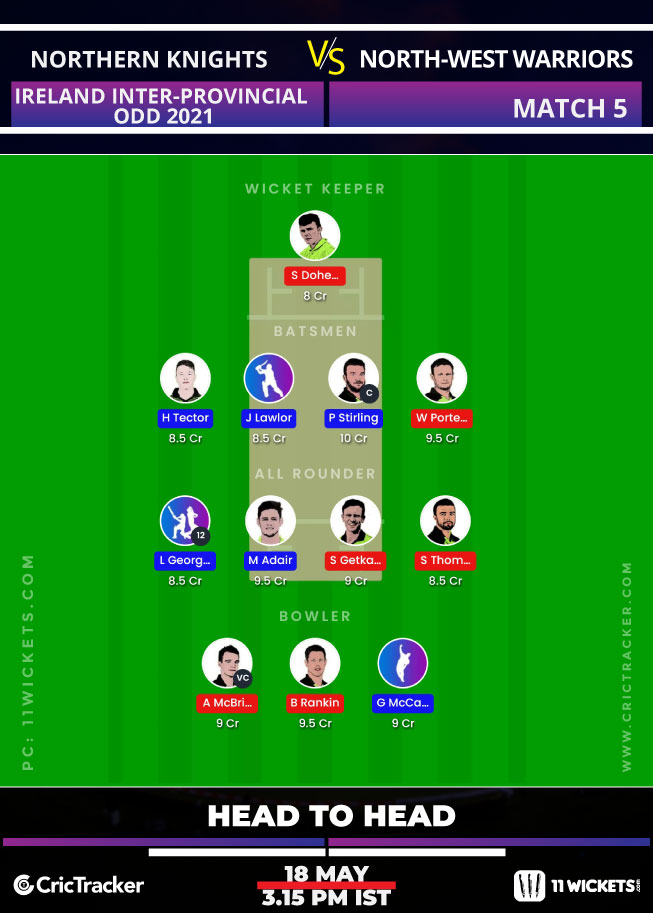 Suggested Playing XI No.2 for NKN vs NOR 11Wickets Fantasy Cricket: 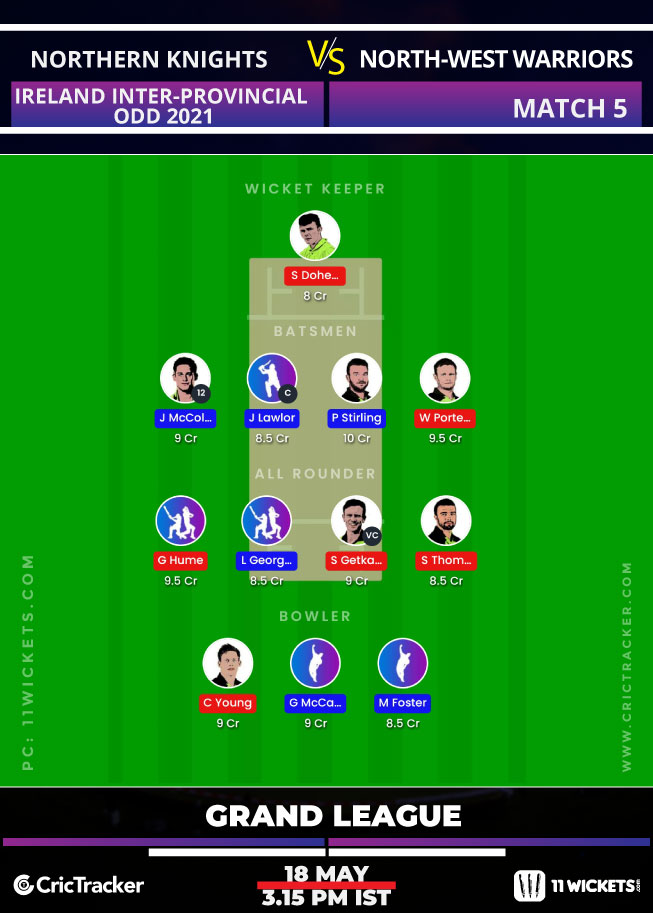