Both the teams will aim to win the match and start their campaign on a positive note.

Northern Warriors and Delhi Bulls will lock horns with each other for Match 1 of the UAE T10 League 2021. The former are the reigning champions of the tournament. The team defeated Bulls in the final of the last season by 8 wickets and won the trophy. However, the team has had quite a few changes for this season. Chris Jordan is all set to lead the team and the likes of Moeen Ali, Imran Tahir, and Samit Patel will also be playing for them.

Whereas on the other hand, Delhi Bulls will look to settle the scores against the opposition whilst heading into this game. The inclusions of Rilee Rossouw, Eoin Morgan, and Luke Wright in the side have further strengthened it. Both the teams will aim to win the match and start their campaign on a positive note.

Probable Playing XIs for NOR vs DEB 11Wickets Fantasy Cricket

Top Picks for NOR vs DEB 11Wickets Fantasy Cricket

Rovman Powell was impressive for the Northern Warriors in the last edition of the league. He scored 192 runs at an average of 96 with a strike rate of 240. He can be a good pick for this match.

Moeen Ali comes in handy with his excellent all-rounder abilities. He has recently played a considerable amount of cricket in the UAE and will be well aware of the conditions. He can be a good player to bank on for this game.

Rahmanullah Gurbaz had smashed 177 runs in 8 matches in the last edition of the tournament. He will be determined to perform for the side in this marquee tournament.

Suggested Playing XI No.1 for NOR vs DEB 11Wickets Fantasy Cricket 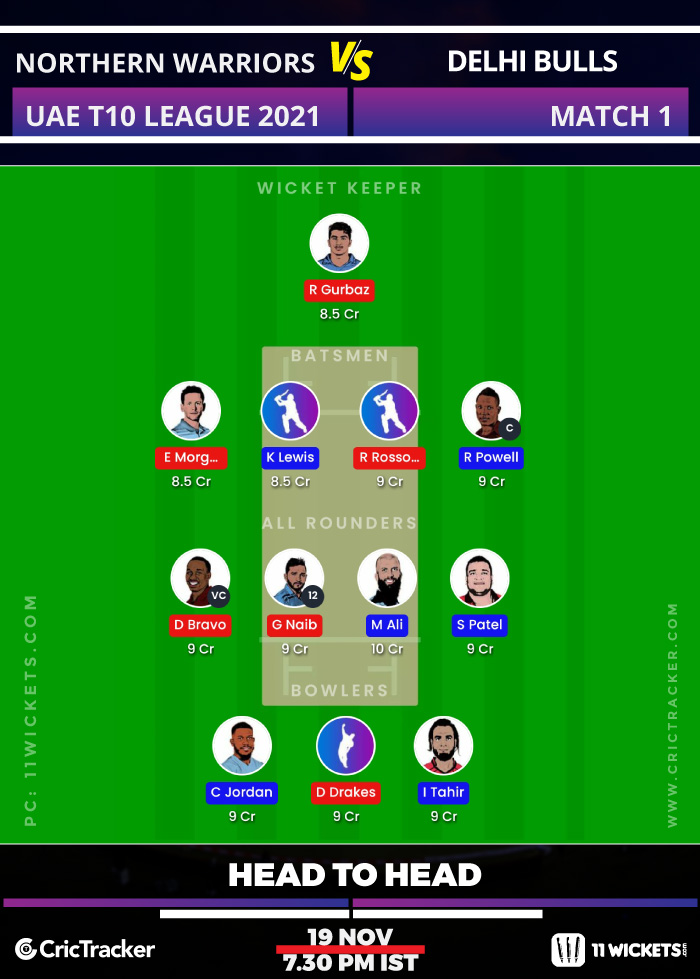 Suggested Playing XI No.2 for NOR vs DEB 11Wickets Fantasy Cricket 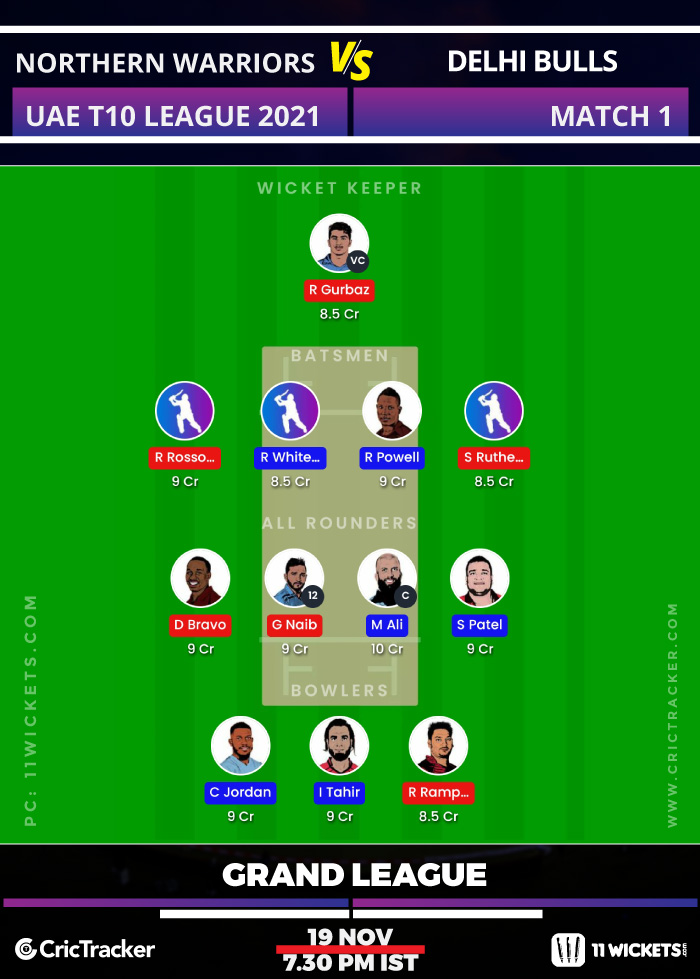