Wanindu Hasaranga de Silva can be a good player to bank on for this game.

Northern Warriors and Deccan Gladiators will battle it out against each other in the Match 11 of the UAE T20 League 2021. The former has had a dismaying outing in the tournament so far. They have played three games and are yet to register their first victory in the competition.

Deccan Gladiators on the other hand have won two matches from the three they have played in the league so far. In the previous match, they secured a victory against the in-form Delhi Bulls and will be determined to continue their winning momentum further.

The pitch has favored the batters so far. The bowlers are witnessing a rather challenging time on this deck. A high-scoring thriller can be expected from this pitch.

Probable Playing XIs for NOR vs DEC:

Top Picks for NOR vs DEC 11Wickets Fantasy Cricket

Tom Banton was impressive in the previous game for the Deccan Gladiators. He played a belligerent knock of 44 runs off 21 balls. He will be determined to perform for the side.

Tom Kohler-Cadmore hit a half-century in the previous match against the Delhi Bulls. His contributions at the top-order will be pivotal for the side.

Wanindu Hasaranga de Silva comes in handy with his excellent all-rounder abilities. So far, he has chipped in crucial runs and important wickets for the team. The side will pin a lot of hopes on him to continue his good form in the tournament.

Suggested Playing XI No.1 for NOR vs DEC 11Wickets Fantasy Cricket 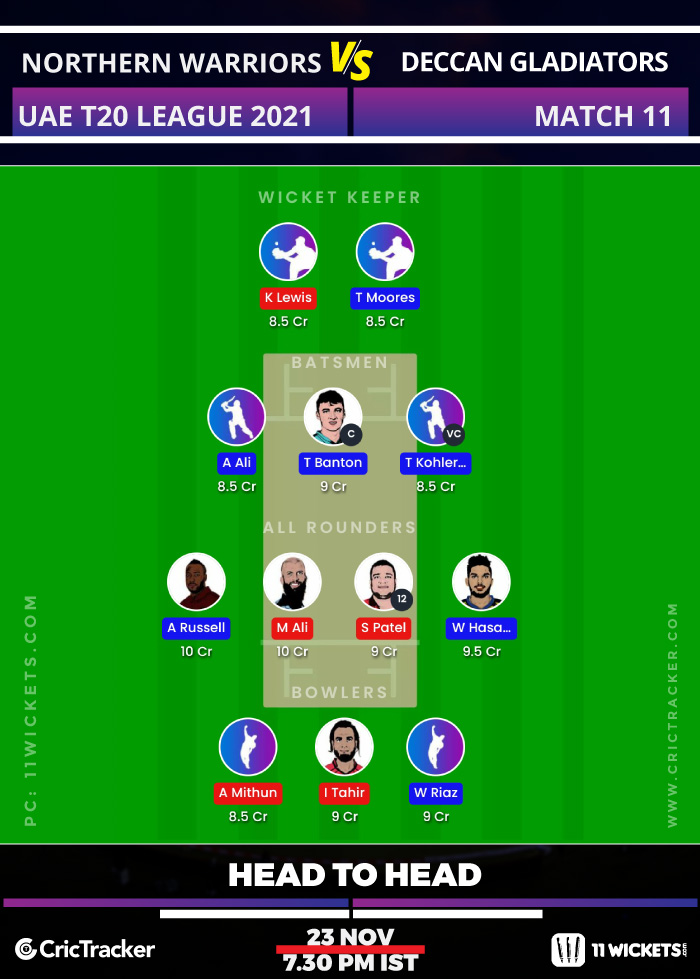 Suggested Playing XI No.2 for NOR vs DEC 11Wickets Fantasy Cricket 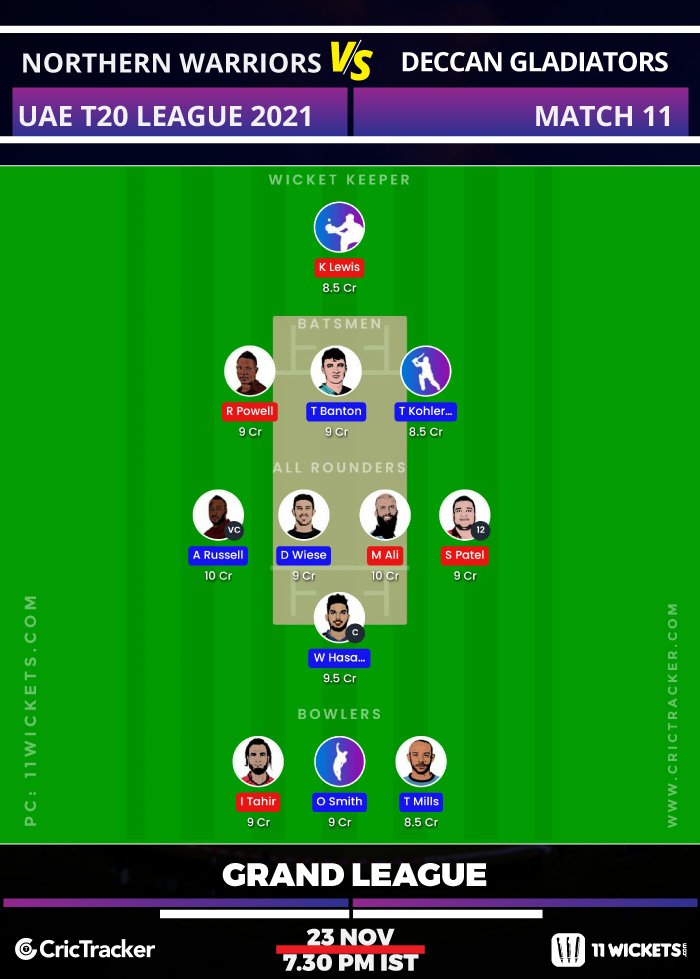