League stage toppers Northern are expected to get into the finals by beating Southern Punjab.

The 1st Semi-Final of the National T-20 Cup will be played between Northern and Southern Punjab at Rawalpindi Cricket Stadium, Rawalpindi.

The match is scheduled to start at 3: 00 PM local time (3:30 PM IST) and will be streamed on the Pakistan Cricket Youtube channel.

In the 1st Semi-Final of National T20 Cup 2020, defending champions Northern will be up against Southern Punjab at Rawalpindi on Saturday. Northern were the first team to qualify for semis as table toppers with 16 points. They have been consistent throughout the tournament with both the bat and ball. With great death bowling, they won their last league match against Khyber Pakhtunkhwa by 11 runs. Under the leadership of Imad Wasim, they are one of the favorites to lift this year’s National T-20 cup. Haider Ali and Zeeshan Malik have played a vital role in their success with the bat at the top of the order. Shadab Khan has been exceptional for them in all the departments.

Meanwhile, Southern Punjab made an unbelievable chase in the last match of the league stage in just 10.4 overs against Balochistan to enter into the semi-finals. They were at the bottom of the table prior to this match and had almost lost the hopes of semis, but their batters kept them in the hunt and won the match. With 4 wins and 6 losses, they ended at 4th spot with 8 points. They share the same points with Balochistan and Central Punjab but qualified to the semis on the basis of net run rate.

NOR vs SOP Weather Report for Semi-Final 1:

It will be a sunny afternoon in Rawalpindi with the temperature ranging between 24 to 32 degrees Celsius and there is no chance of precipitation for this match.

By looking at the previous matches played on this ground, the pitch here at the Rawalpindi Cricket stadium is more suited for the batters. In the last few matches, teams batted first have put up huge scores on the board. Whoever wins the toss should look to bat first.

NOR vs SOP Top Picks for Today’s Dream11 Match:

Zeeshan Malik is the highest run-getter so far for Northern in this tournament, scoring 289 runs in 8 innings at an average of 36.12 and with a strike rate of 140.29.

Haris Rauf tops the list of leading wicket-takers in this tournament, picking up 17 wickets at an economy rate of 7.23 runs per over.

Suggested Playing XI No.1 for NOR vs SOP Dream11 Fantasy Cricket: 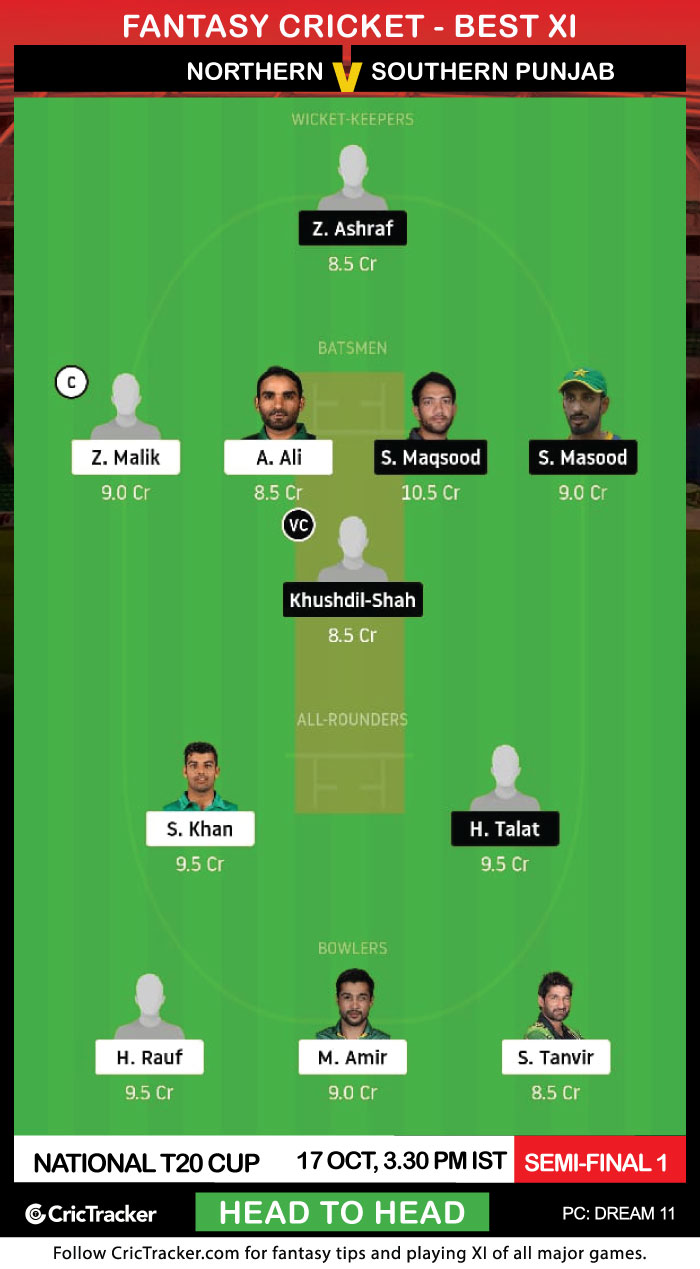 Suggested Playing XI No.2 for NOR vs SOP Dream11 Fantasy Cricket: 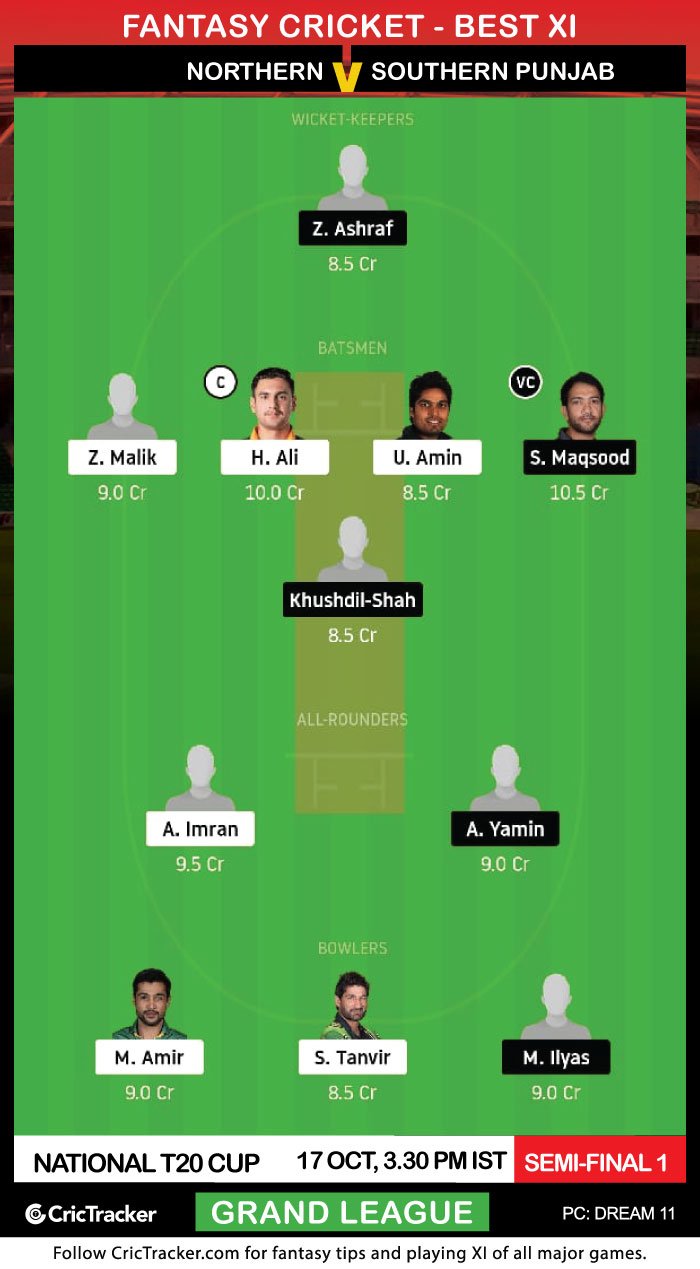 Sohaib Maqsood was instrumental in the run chase against Balochistan, scoring 81 runs from just 29 balls. It is advisable to include him in both of your Dream11 Fantasy teams.

Today’s NOR vs SOP Probable Winners:

Northern are expected to win this match.