Jemimah Rodrigues has been in splendid form for the Northern Supercharges in the tournament. 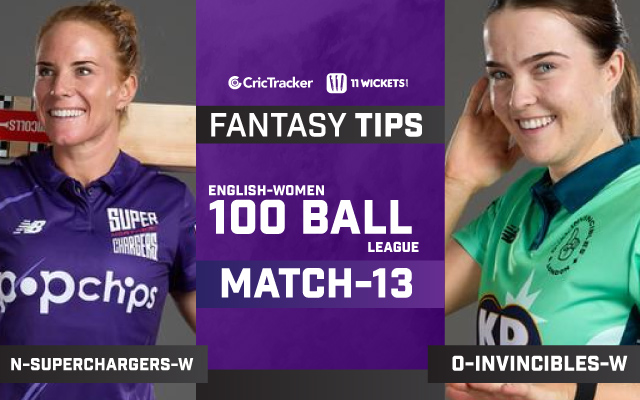 Northern Superchargers Women will lock horns against the Oval Invincibles Women in match 13 of the Women’s English Hundred Balls League on Saturday, July 31. Northern Supercharges have been in sparkling form, winning both the matches they have played. They are currently placed at the top of the points table. Their last game was abandoned.

On the other hand, Oval Invincibles are placed in the third position in the table, having won both their games as well. It would be an intriguing contest between these teams, as they both have started momentum on their sides.

The surface is not a very high-scoring one. The pacers are expected to get an edge over the spinners. On winning the toss, bowling first would be a great alternative.

Jemimah Rodrigues has been in splendid form for the Northern Supercharges in the tournament. In both the matches, she has put up a good show with the willow. She has so far smashed 152 runs in the tournament and can be a good pick for the match.

Dane Van Niekerk can be crucial for the team owing to her all-rounding abilities. She has chipped in 85 runs in the tournament so far and has also scalped 3 wickets.

Alice Davidson-Richards has been important for the Northern Superchargers. In both the games, the medium-pacer has picked up crucial wickets for the sides. She has 4 wickets in the tournament and has also scored 25 runs. 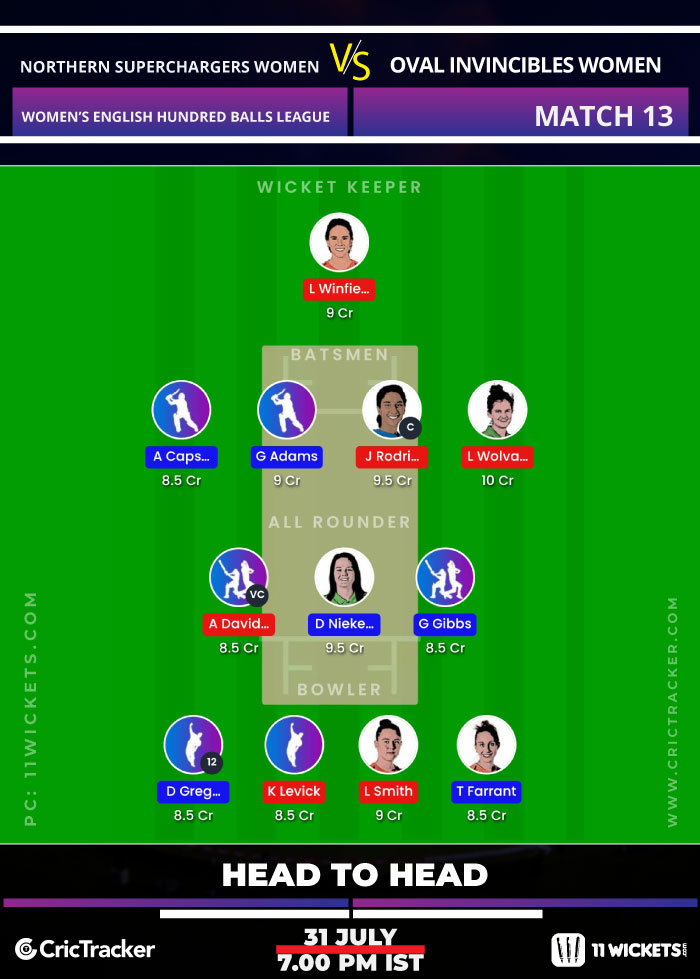 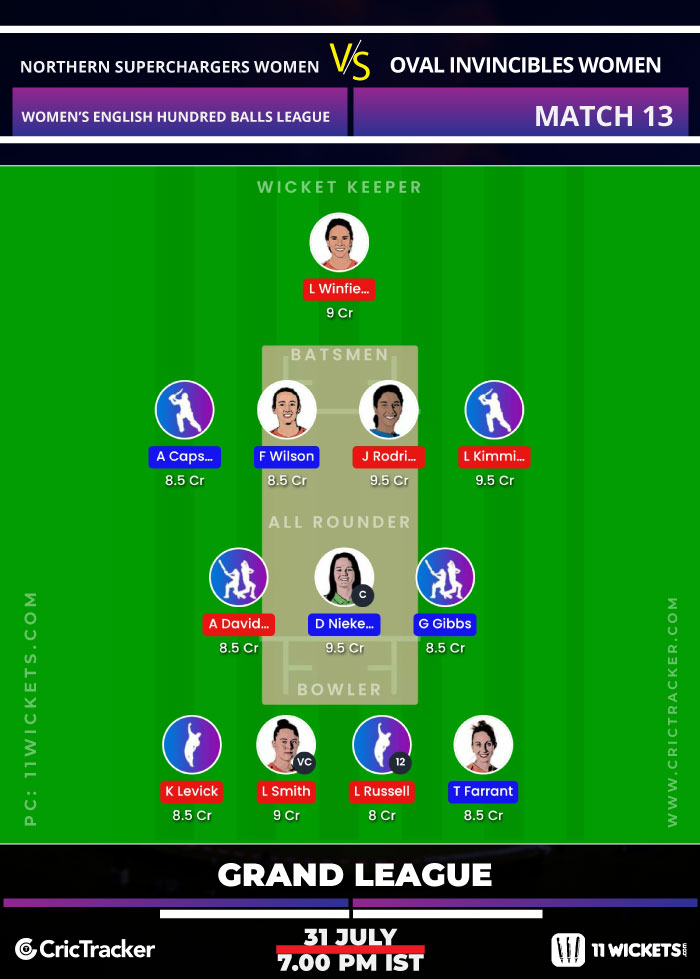