Baba Aparajith is a multiplier choice for today's game.

Nellai Royal Kings will take on Dindigul Dragons in the seventh match of the Tamil Nadu T20 League 2022 at NPR College Ground on Thursday. Dindigul Dragons bounced back from their first game loss to defeat Lyca Kovai Kings by 5 wickets and claim their first victory in the competition. They will be hoping to maintain this momentum in the upcoming games. Nellai Royal Kings, on the other hand, have had a fantastic start to the tournament, winning their first game in a super over and then defeating Salem Spartans by 5 wickets to remain unbeaten so far. Given their current form, they clearly have the advantage when these two teams meet on Thursday.

The pitch at the NPR College Ground is ideal for batting. With shorter boundaries, the batsmen will get the most out of their shots on this ground. The team that wins the toss will look to bat first and put up a big total. The venue’s average first-inning score is 158 runs.

Laxmesha Suryaprakash has batted well so far in the competition, scoring 97 runs at an outstanding average of 48.50 in two games.

Sanjay Yadav is a key pick for today’s outing, having scored 87 runs while being not out from two games.

Hari Nishaanth has enjoyed success with the bat, amassing 85 runs at an excellent average of 42.50 in two games.

Rajendra Vivek is a genuine wicket-taker bowler from the side, having taken 3 wickets at an average of 11.66 in two games. 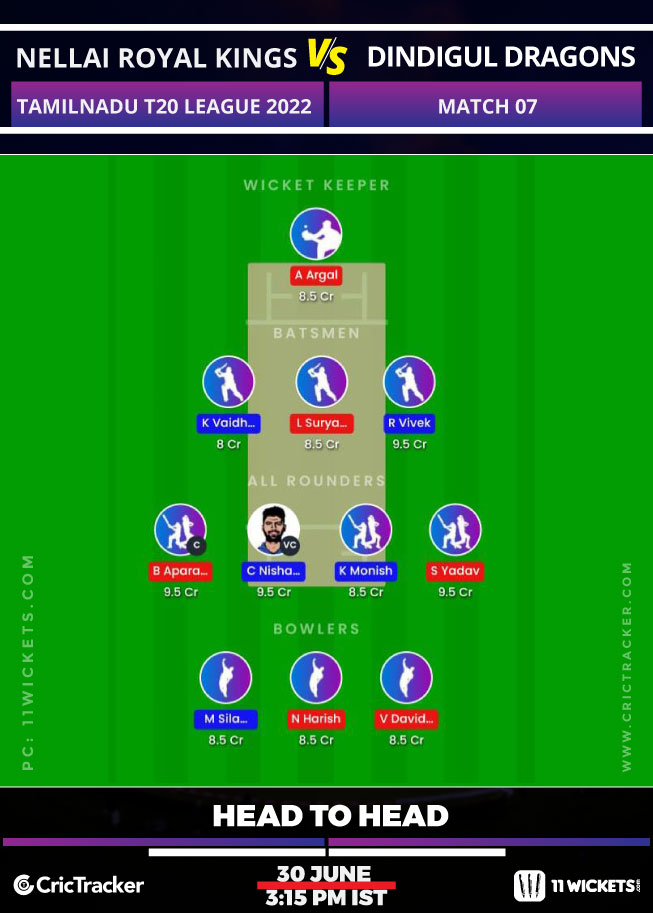 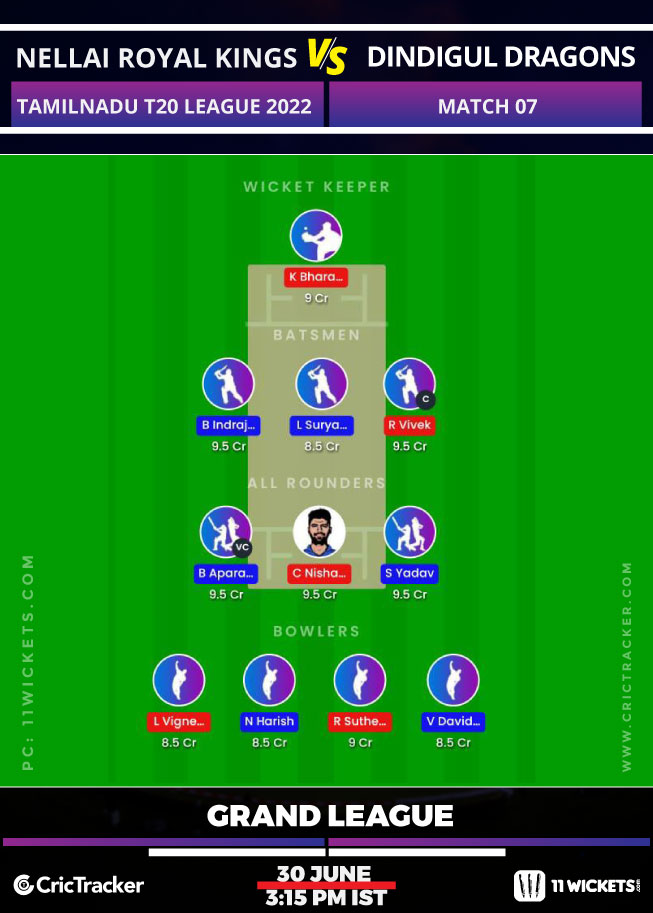