Andre Fletcher has been sensational with both and ball this season.

The 35th and last league-stage match of Spice Isle T10 League 2021 will see Nutmeg Warriors meeting Cinnamon Pacers. This match will be held at the National Cricket Stadium in Grenada on June 11 (Friday).

The match will start at 09:30 PM IST and will be streamed live on the FanCode App.

Both teams have secured a berth in the semi-finals and will see this fixture to prepare for the knockouts. Cinnamon Pacers have been largely impressive this season, winning six of their ten games with one clash being washed out. They are currently second in the team standings, but a comprehensive win in this contest might see them piping Saffron Strikers at the top.

On the other hand, Nutmeg Warriors have blown a bit hot and cold this season and are underdogs for this game. In 10 games, they emerged victorious four times while one encounter was called off due to rain. Hence, a win here would definitely boost their confidence ahead of the knockouts. Notably, the last meeting of these two sides saw Cinnamon Pacers registering a 10-wicket triumph.

Nutmeg Warriors skipper Andre Fletcher has been phenomenal this tournament and would be determined to put up another match-winning show. The West Indies international scored runs consistently and also troubled batsmen with his medium-fast bowling. In total, he scored 330 and scalped ten wickets in 10 games.

Alick Athanaze is another player who’s expected to do well in this game. The dasher has been phenomenal at the top, and many bowlers have faced his wrath this season. Athanaze does not only score quick runs but also likes to stay at the crease for long. In fact, his tally of 496 runs in 10 games is the highest for any batter in Spice Isle T10 2021. 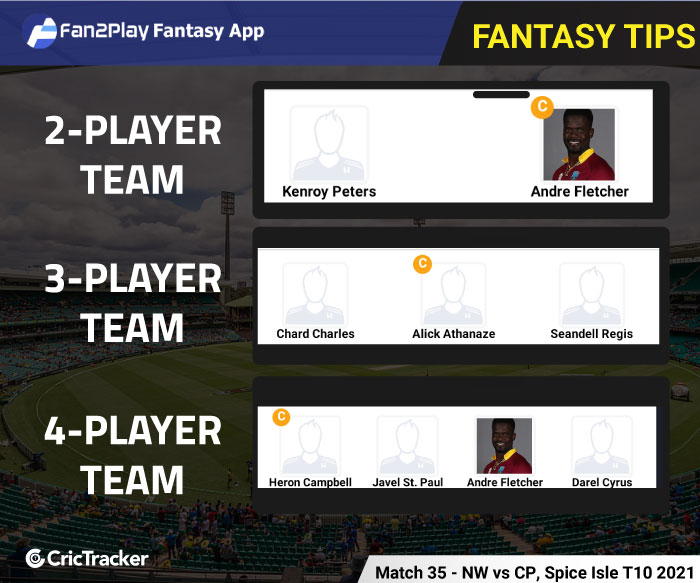 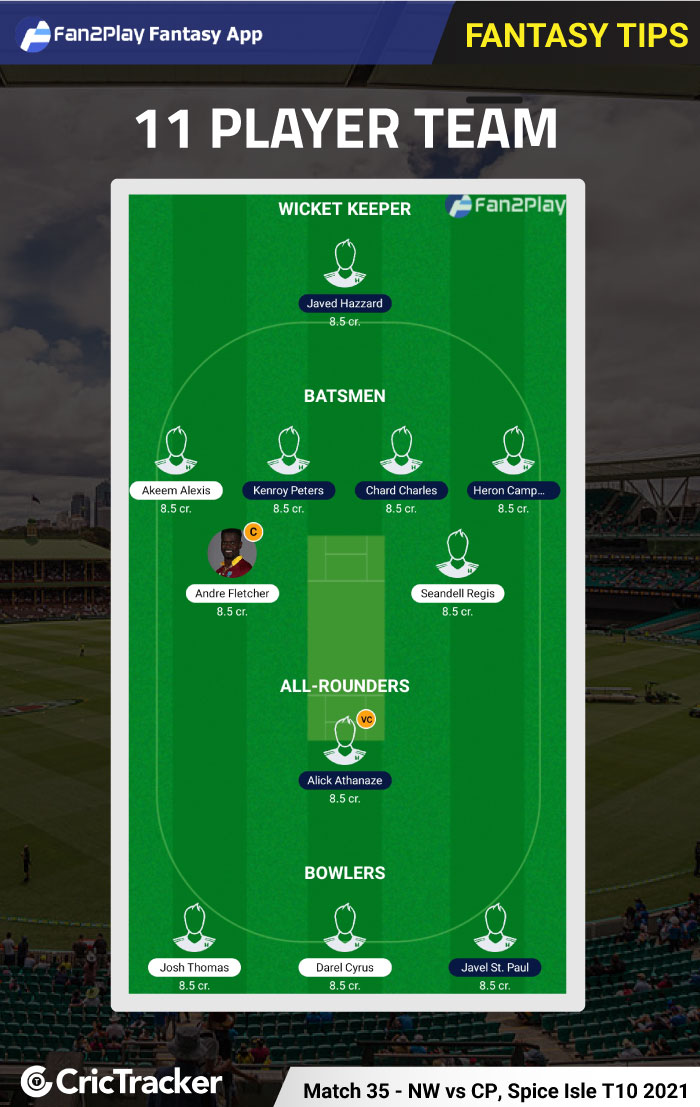