Leinster Lightning are expected to win this contest.

The 4th match of the Cricket Ireland Inter-Provincial Limited Over Cup 2020 will be played between the North-West Warriors and Leinster Lightning at Bready, Ireland.

North-West Warriors haven’t really played a match in this series. Their previous two games were abandoned without a ball being bowled. The Leinster Lightning versus Northern Knights encounter marked the first actual game of the series, which the former won by ease.

North-West Warriors will be eager to step onto the field and showcase their strengths. Leinster Lightning have looked like a force with a bat and it will take a special effort with the ball on North-West Warriors’ part to stop them.

The weather at Bready does not look too promising for Tuesday’s game. There are significant chances of rain throughout the day and the dark clouds overhead will be constant. The game could be cut short on account of rain or another wash-out might occur. The temperatures are expected to be on the lower end of the spectrum, hovering in the early teens.

All the previous matches at this venue have been washed out. The behaviour of the pitch, therefore, remains a mystery. It seemed a sporting one during the T20s played here earlier.

Bowlers with most maiden overs in IPL history

Kevin O’Brien can never be counted out in any game. He is a true fighter and a very experienced player. He scored 44 off just 42 deliveries and looked in good nick.

William Porterfield is one of the few players in this fixture who can single-handedly decide the outcome of the match. The Irish stalwart managed 118 runs from 3 innings and is in a decent patch of form.

Graham Hume was one of the better bowlers in the T20 series, having 5 wickets to his name at an average of 11.20. 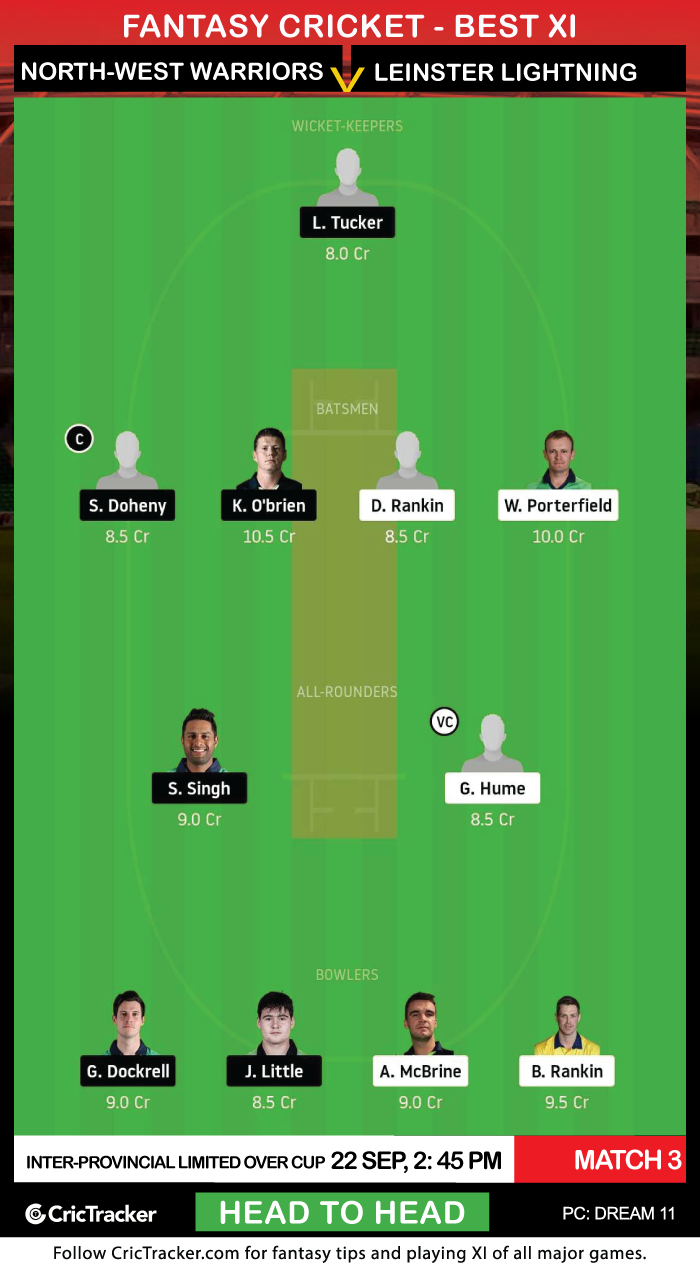 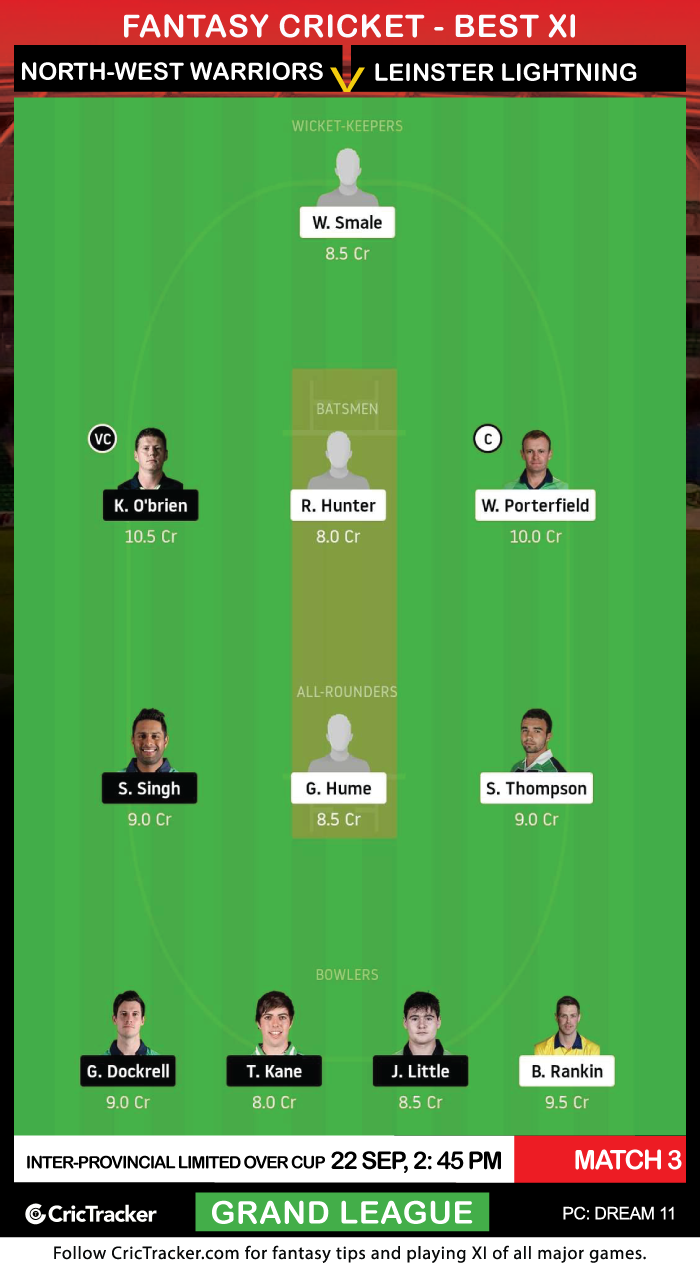 It is advisable to have enough pace bowlers in your squad as the ball tends to swing in windy conditions (which are expected tomorrow).

Leinster Lightning are expected to win this contest.