From the batsmen, Glenn Phillips can be a good budget pick. 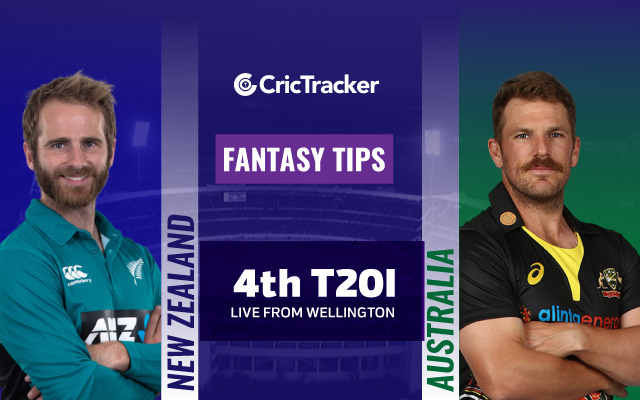 The 4th of the 5 match T20I bilateral series between New Zealand and Australia will be played on 5th March at Westpac Stadium, Wellington.

With 2 games yet to be played, the T20I series between Australia and New Zealand is perfectly poised at 2-1 in the favour of hosts. New Zealand won the first two matches, but Australia’s phenomenal performance in the last game has not only kept themselves alive, but has kept the series alive as well.

That win will certainly boost their confidence ahead of the fourth game. What will work in their favour is that some underperforming players have now found their forms back – Glenn Maxwell, Aaron Finch and also Ashton Agar. However, the Kiwis are also a very formidable unit, which sets up for an interesting.

The weather will be perfect for cricket in Wellington. The temperature will be around 18 °C, with chances of rain being nil.

This is a completely batting-friendly track here in Wellington. The team batting first, as the statistics will testify, must opt to bat first if they win the toss here.

Adam Milne has been added to the New Zealand squad as a replacement for Mitchell Santner, who is ruled out due to illness.

Martin Guptill is currently the leading run-scorer of this series. He has scored 140 runs at a strike rate of nearly 175.

Devon Conway is just behind Guptill on that list. He has scored 139 runs at an average of nearly 70 and a strike rate of over 155.

Glenn Maxwell’s 31-ball 70 proved exactly it will be fatal mistake to take him lightly, for when he gets going, he is one of the most dangerous batsmen in world cricket.

Riley Meredith can be a decent captaincy pick. He proved why he is so highly rated by picking up 2 wickets in his debut game against an intimidating Kiwi batting unit. 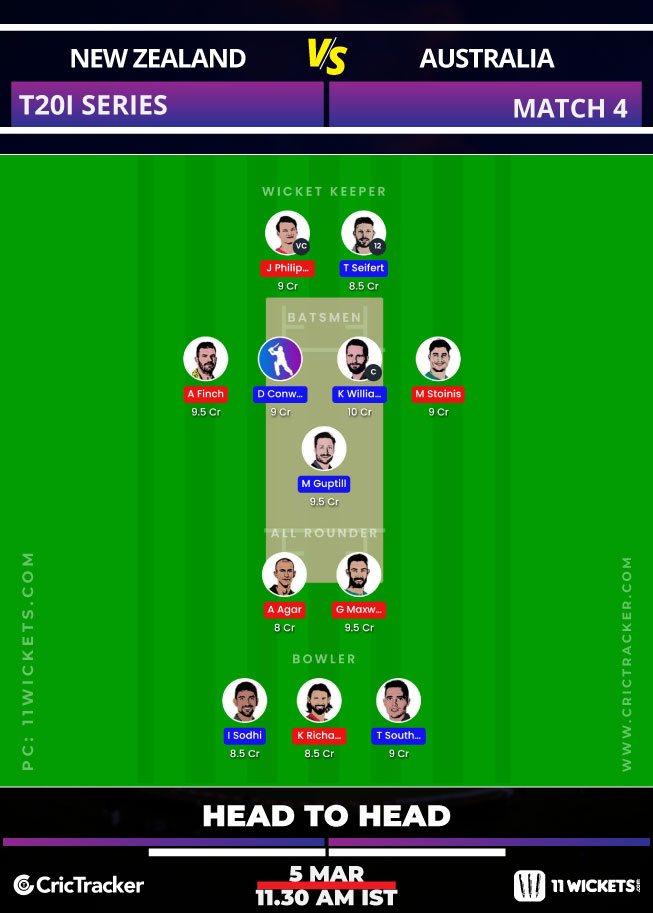 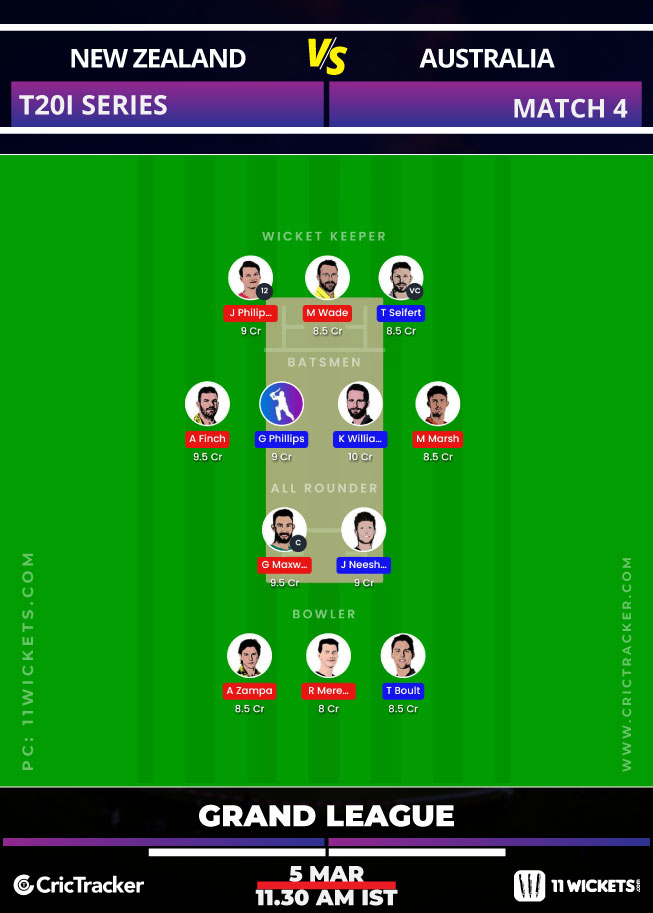 From the batsmen, Glenn Phillips can be a good budget pick. He has scored 51 runs at a strike rate of over 140.