There are still doubts over Mushfiqur Rahim's fitness and it's not known whether he would take part in the second game or not.

Bangladesh had another horrendous outing in New Zealand after New Zealand beat them by 66 runs in the first T20I at the Seddon Park in Hamilton. Yet another time, it was their batting that faltered big time. In the absence of Tamim Iqbal and Mushfiqur Rahim, their batting flattered to deceive. Fast bowler Hasan Mahmud has also returned home after failing to recover from his injury on time.

The second T20I is scheduled to take place on Tuesday, March 30 at the McLean Park in Napier and the Tigers are in a must-win scenario. In order to avoid a series defeat, Mahmudullah’s men need to pull a rabbit out of the hat. The Kiwis also were without some of their key players. However, the hosts didn’t look in any sort of discomfort and would be looking to complete the series victory.

The pitch in Napier has been a belter for batting ever since the first T20I was played at the venue in 2017. In three T20Is at the venue, the average score is over 180 and another high-scoring game seems to be on the cards. There are chances of rain around 7 PM and hence there could be delays.

Devon Conway came into the T20I series on the back of a century in the final ODI. In the opening T20I, he looked at his very best. Batting at number three, he stayed unbeaten on 92 runs off 52 balls with 11 fours and three sixes. The southpaw will be looking forward to another decent knock.

Mohammad Naim looked in excellent rhythm with the bat in the last game. He started with three fours in the very first over but got out after scoring 27 runs off 18 balls with five fours. He played at a strike-rate of 150, showing that he has the potential to get things going with the willow in hand. 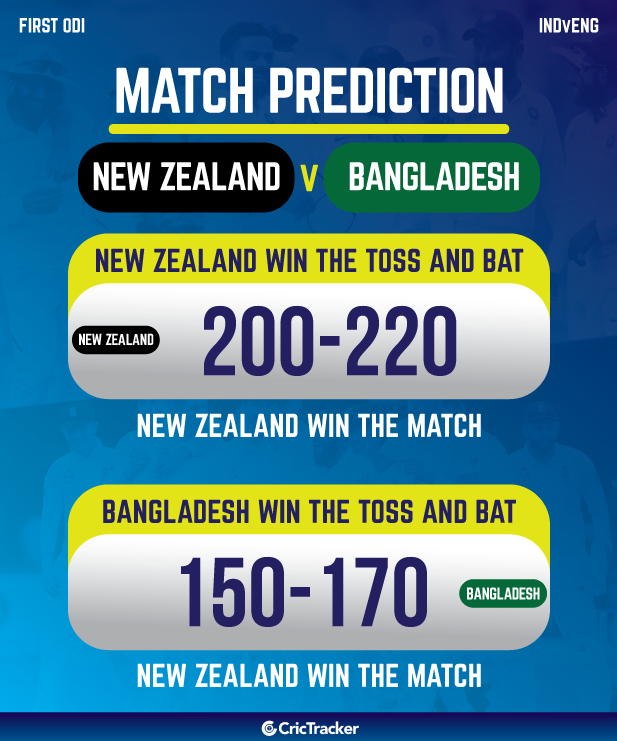