This is a must win game for New Zealand. 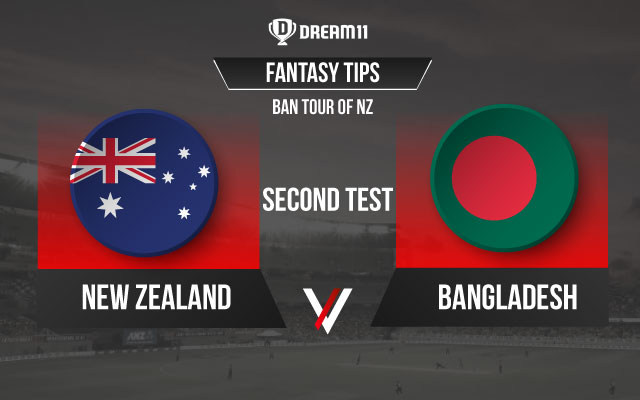 New Zealand will take on Bangladesh in the second Test of the series. It’s a must-win game for New Zealand to level the series. They were outplayed by the Tigers in the first Test and crumbled in the second innings. The hosts need to show more character in their batting if they want to win the Test.

Bangladesh became the first side to beat New Zealand in New Zealand after 2017. It’s a huge achievement for them as they claimed an 8-wicket win in the series opener. Ebadot Hussain was the game-changer for them who took 6 wickets in the second innings. They were professional right throughout the Test and showed that they are ready to take the challenge again in the 2nd Test.

The hosts have a great record here at Hagley Oval, Out of the 8 Test matches played, they have won 6 of them. The wicket will likely assist the quicks on all 5 days of the Test. Having said that, it’s hard to break partnerships when the batters are set.

In his comeback game after injury, Devon Conway scored an impressive 122 runs in the first innings of the first Test. He was composed right throughout his innings and played some magnificent shots.

Mahmudul Hasan Joy played the New Zealand quicks really well in the first Test and scored a patient 78 in the first innings. Considering his form, he is a good pick for your fantasy teams.

Mominul Haque took up the responsibility and played a captain’s innings of 88 runs in the first innings of the first Test and followed it up with an unbeaten 13 in the second innings. Not to forget, he also picked up 2 wickets as well. He has got huge patience and is a must-pick for your fantasy teams.

Mehidy Hasan Miraz bowled quite well in the friendly seaming conditions in the first Test. He picked up 4 wickets and also scored 47 runs with the bat.

Left-arm quick Trent Boult has picked up 4 wickets in the first Test which is the most by a New Zealand bowler. He is expected to deliver more in this Test.

Ebadot Hossain became the hero for Bangladesh overnight with his game-changing spell in the second innings of the 1st Test. He picked up 7 wickets overall and all set to trouble the New Zealand batters once again.

Liton Das deserves massive applause for his batting in the 1st Test. He played the ball late and looked convincing against the New Zealand bowlers before getting dismissed for 86 runs in the first innings. 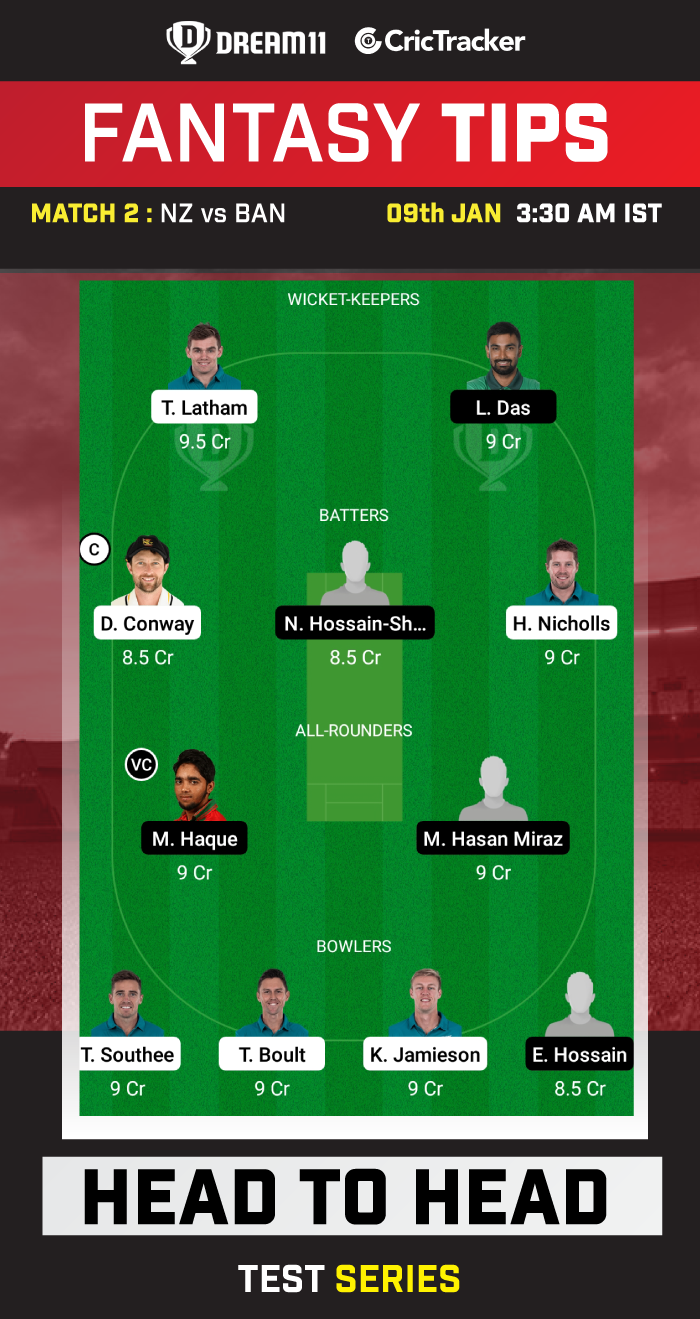 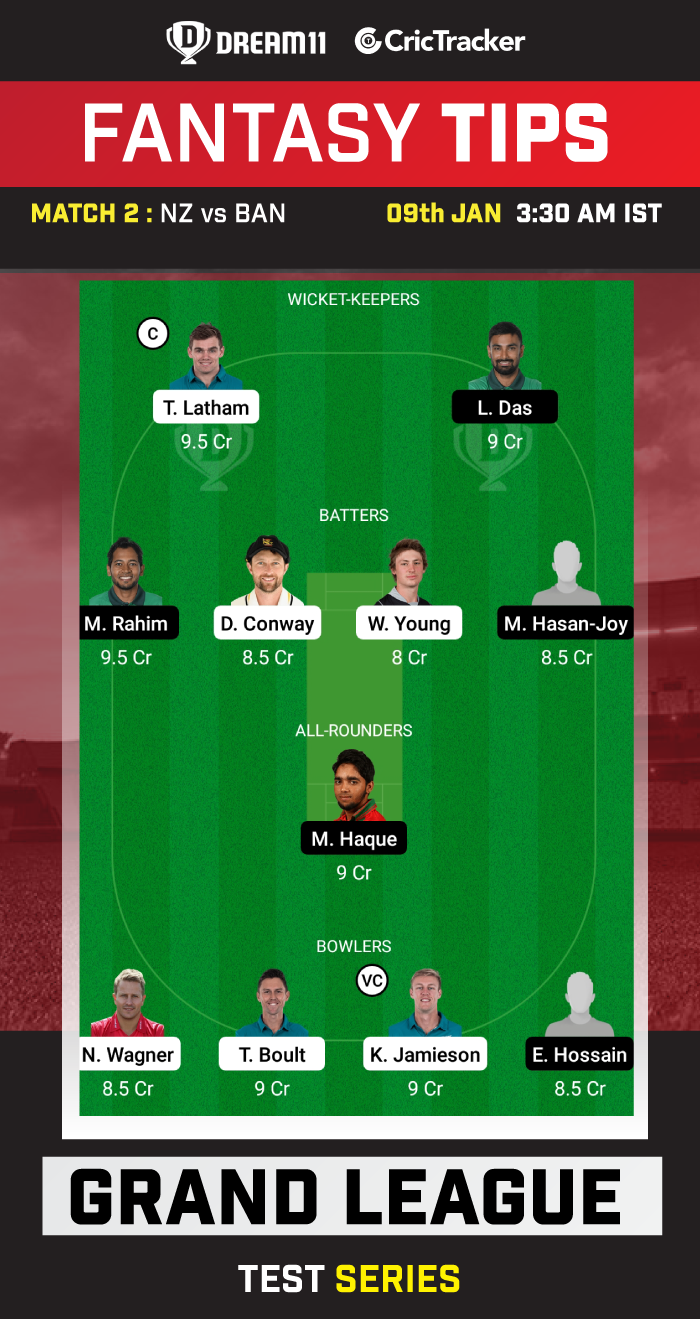 Henry Nicholls is a bankable player for New Zealand in the middle-order. He has scored 75 runs in the first Test. You can take a risk and pick him as your fantasy team skipper.

Mushfiqur Rahim managed to score 17 runs in the first Test. He has got loads of experience and will be a risky captaincy pick for your fantasy teams.

Tom Blundell is not in the greatest of forms at the moment. It’s better to avoid him while making your fantasy teams.