Hosts New Zealand are expected to gain a lead in the series by handing visitors Pakistan a defeat. 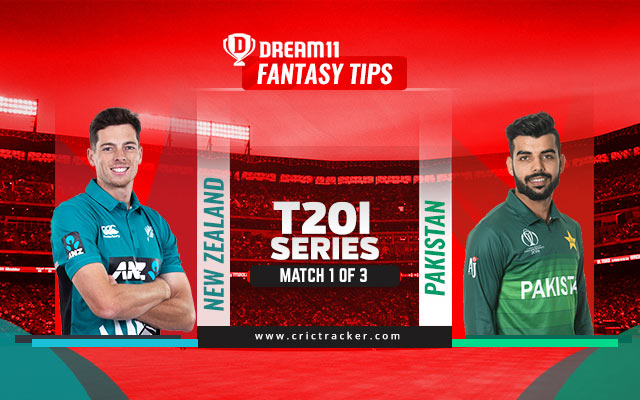 The first T20I match between New Zealand and Pakistan will be played at the Eden Park in Auckland.

The series between New Zealand and Pakistan had a lot of drama even before a ball was bowled. The men in green flew out a 53-men team to New Zealand, as not only Pakistan but their ‘A’ team will be in action as well. However, they were hit by a wave of COVID-19, which eventually led to an off-the-field rift between the two boards. Having said that, it is finally time to keep those matters aside and let cricket do the talking.

On 18th December, Pakistan will take on New Zealand for the first of three T20Is. Pakistan will be without three of their reputed batsmen in Babar Azam, Fakhar Zaman and Imam-ul-Haq, while Shadab Khan is also doubtful for this game. The onus will be on the likes of veterans like Mohammad Hafeez, while the youngsters like Haider Ali will get a chance to cement their place in the side in the absence of the stars. The Kiwis, too, have a great mix of youthful exuberance and wily experience in their team.

It will be a great day for cricket, with the temperature hovering around a pleasant 20 °C mark. Chances of precipitation are nil.

The pitch at this ground is expected to be slightly in favour of the batsmen. A score of around 180 should be competitive in Auckland. Chasing will be easier here.

Shadab Khan is nursing a groin injury and is doubtful for this game. The decision on whether to play him or not will be taken on Friday. Babar Azam has a fractured thumb and will be out for at least a couple of weeks.

Devon Conway was in scintillating form for the Kiwis in the recently concluded T20I series against West Indies. He scored 106 runs in 3 games at an impressive strike rate of over 160.

James Neesham got only one opportunity to bat in that series, but it was enough to prove why he is a very crucial member of the Blackcaps. he scored 48 runs at a brilliant strike rate of 200. He also scalped a wicket.

Martin Guptill did not have the best of times in that series, as he could only muster 39 runs from 2 games. However, given his vast experience, it will be foolish not to include him in your team.

Another must-have who boasts of an enormous bag of experience is Mohammad Hafeez. He has scored over 2100 runs in T20I cricket and has also picked up 54 wickets. 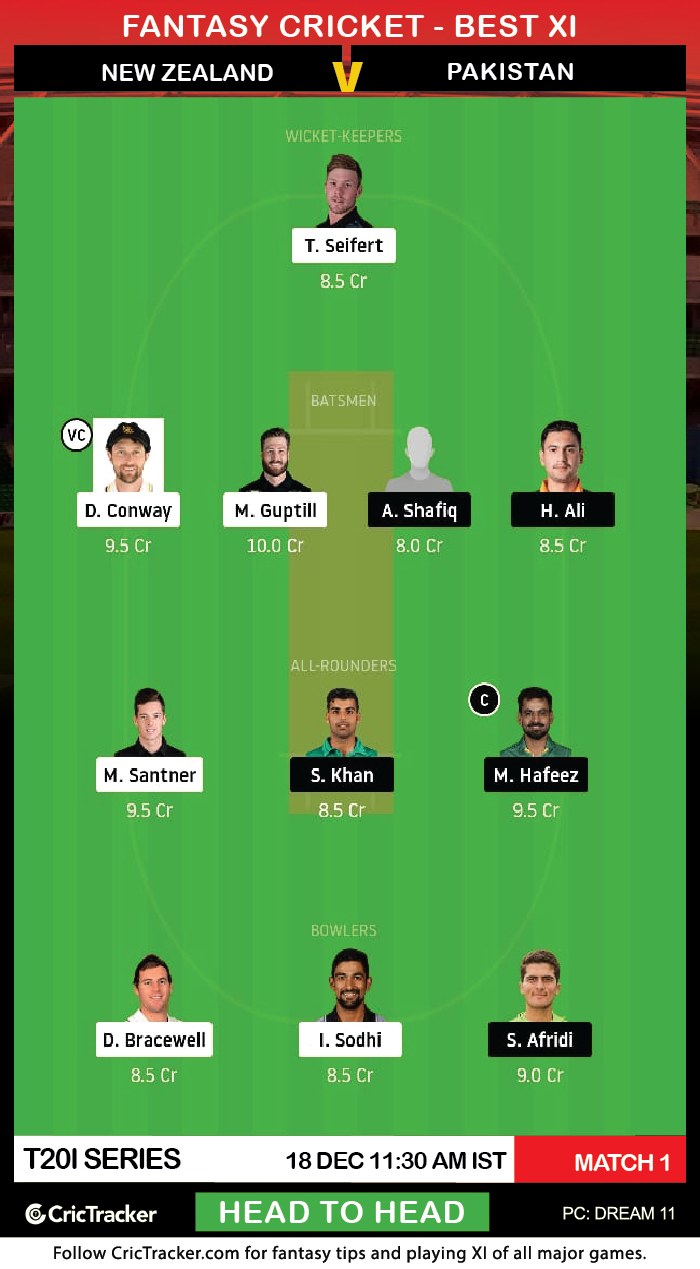 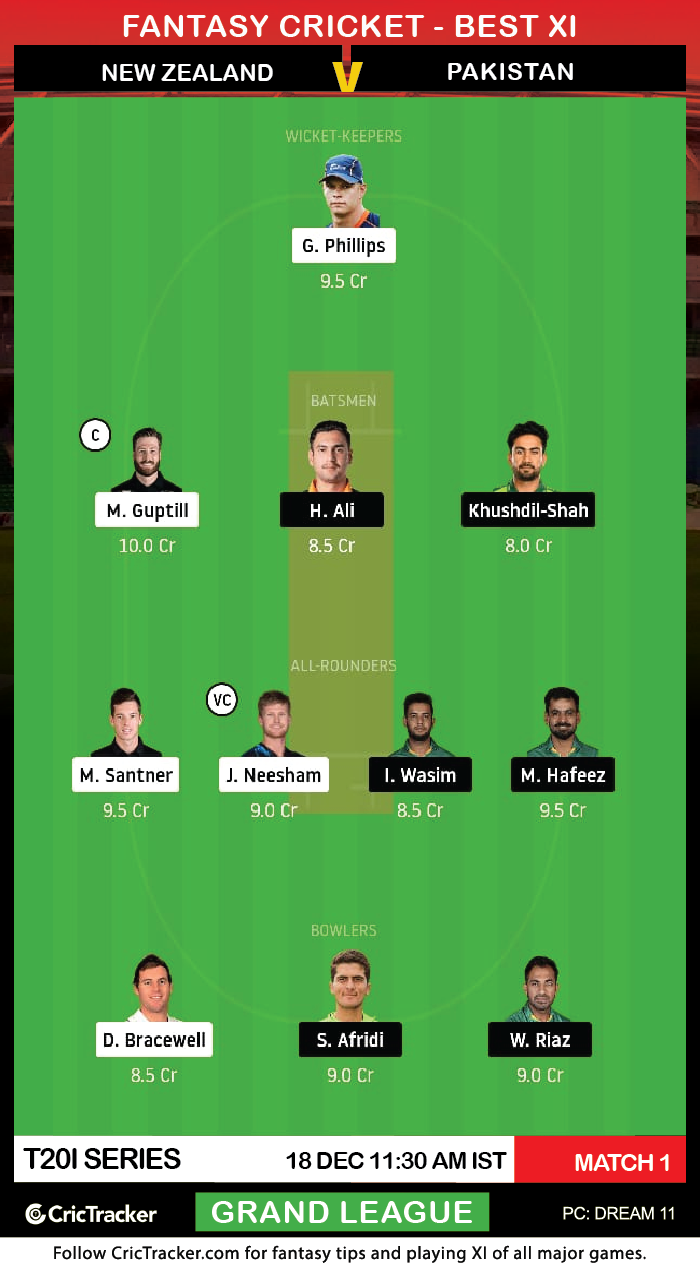 Haider Ali is hailed as the next big thing of Pakistan cricket, and so far in his short T20I career, he has shown enough promise to justify the claims. He has scored 154 runs in 4 T20I games at an average of over 50. It is advisable to include him in both of your Dream11 Fantasy teams.

New Zealand are expected to win the match.