Lauren Down and Rachael Haynes could be risky captaincy choices for this match.

The second ODI of the three-match series between Australia and New Zealand will be played at the Bay Oval in Mount Maunganui on Wednesday. The visitors won the opening game of the series thanks to some brilliant bowling and then their batters gunned down the target with ease. This is the last chance for the hosts to level the series and the White Ferns will be hoping to pull one back on their opponents.

The wicket condition is going to be ideal for the batters like the previous ODI game. One can expect a high-scoring encounter on Wednesday. Spinners will play a crucial role in the middle overs while the pacers might struggle to find the right line and length throughout the game.

Meg Lanning is regarded as one of the batting greats for the Australian Women’s team. She has scored 3861 runs in just 83 ODIs at an amazing average of 54.38. Though she failed to score in bulk during the first ODI, the player will not remain silent for too long and will look to get back to her deadly form.

Ellyse Perry has scored 3078 runs in 113 ODIs at an average of 53.06 and has also picked up 152 wickets with an economy of 4.33. She scored a half-century in the team’s previous encounter and will look to continue her fine form.

Amelia Kerr has played 39 ODIs, having scored 635 runs at an average of 30.23 and 59 wickets to her name. The player contributed with the bat and ball during the first ODI with 33 runs and a wicket.

Megan Schutt was adjudged the player of the match in the first ODI after picking up four wickets with just conceding 32 runs. Overall, she has picked up 96 wickets in 63 matches at an average of 21.90.

Lea Tahuhu has been among the key strike bowlers for the New Zealand Women’s team. She has picked up 71 wickets in 70 matches at an average of 32.78. Though she went wicketless last game, she will look to strike a few in the upcoming ODI.

Alyssa Healy showed her impetus as one of the most prolific batters in ODIs. She scored a crucial 65 runs opening the innings in the last game. In her career span of 77 matches, she has scored 1837 runs at an average of 33.40 with a strike rate of 102.68.

NZ-W vs AU-W Must Picks for Dream 11 Fantasy Cricket: 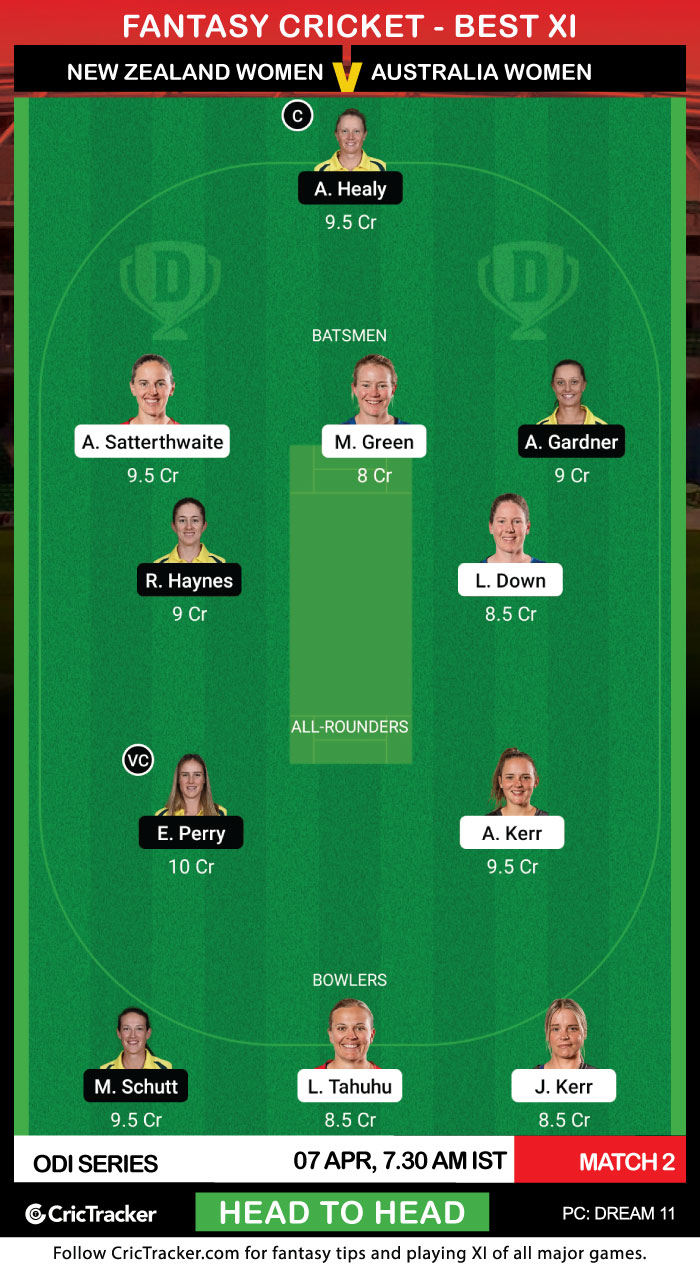 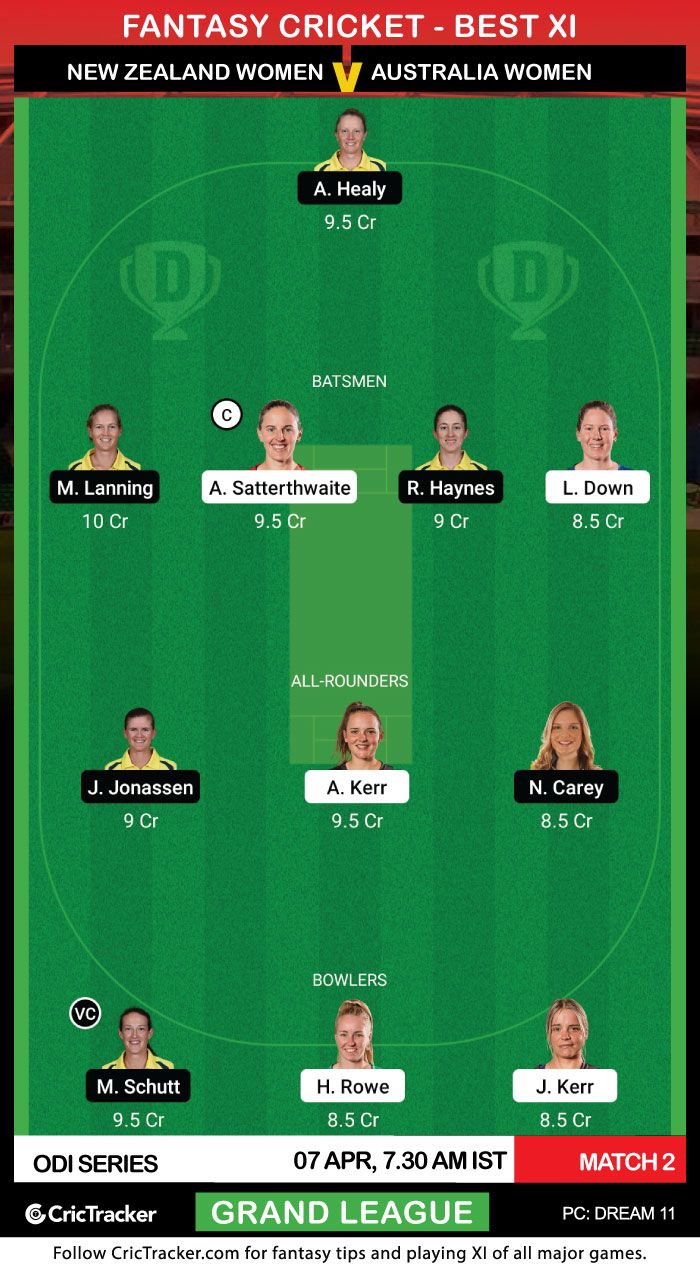 Lauren Down scored 90 runs in her last match. She generally opens the batting for New Zealand and has scored 165 runs in 11 innings. As she isn’t consistent, she can be a risky option to lead your Dream11 team.

Rachael Haynes has scored 1850 runs in 61 matches at an average of 36.27. She hasn’t been in fine touch in recent times and could be a risky choice to captain your team.

New Zeland Women’s team bowler Rosemary Mair has only picked up four wickets in nine matches since her debut. Taking her lack of form into consideration, you should avoid her in your Dream11 team.