It is advisable to try G M Alakananda as a Captain in any one of your Grand League teams.

The 21st match of the MGM Odisha Women’s T20 2021 will be played between Odisha Purple and Odisha Green at KIIT Stadium, Bhubaneshwar on Sunday.

This match is scheduled to start at 09:00 AM Local Time and IST and it will be streamed live on FanCode.

It is the 21st game of the league where Odisha Purple will take on the Odisha Green at the KIIT Stadium on Monday. Odisha Purple have lost their previous encounter against Odisha Yellow as they failed to defend the total of 113 runs in the allotted 20 overs. However, Sarita Mehera has done her job with the bat by scoring 50 off 59.

Coming to Odisha Green, they didn’t have a good time in the ongoing tournament. They have won only 2 out of the eight matches they played and are rooted on the league table with only 8 points in their bag. Odisha Green have to be at their best to win the upcoming game against Odisha Purple.

The weather at Bhubaneshwar has remained brilliant for cricket. The weather will be the same as well with the temperatures hovering around 18-24 Degrees Celsius range.

The track here at KIIT Stadium is pretty neutral in nature. However, spending some time at the crease, batsmen can score big.

90 (Out of last five matches played at this venue)

The skipper of Odisha Purple, Madhusmita Behera has scored 183 runs with the bat and picked up 6 wickets with the ball as well.

The must pick player from Odisha Green, Sarita Mehera has 344 runs in her eight outings that she played at an average of around 58. Moreover, she is the leading run-getter of the ongoing competition.

D Janaki Reddy is the second-highest wicket-taker of the league who has picked up 9 wickets at an average of well below 15.

Ben Cutting sends Morne Morkel out of the park

The skipper of the side, Pragyan Mohanty didn’t have a good competition as she scored just 136 runs from eight games she played.

Rasnara Parwin has been the best all-rounder for her side in the ongoing competition. She has scored 171 runs and bagged 7 wickets from her eight outings.

Rameswari Naik will be the other player to be picked up from the Odisha Green team. She is the only player after Rasnara Parwin to pick up 6 wickets so far in the league. 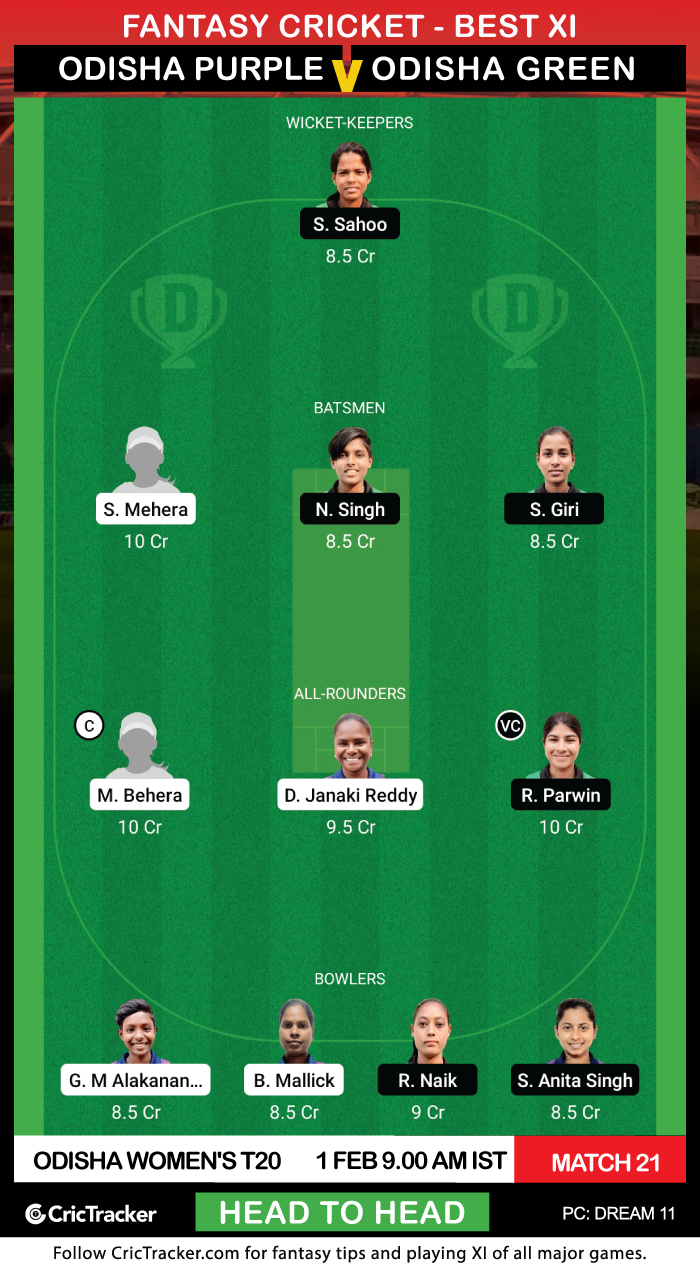 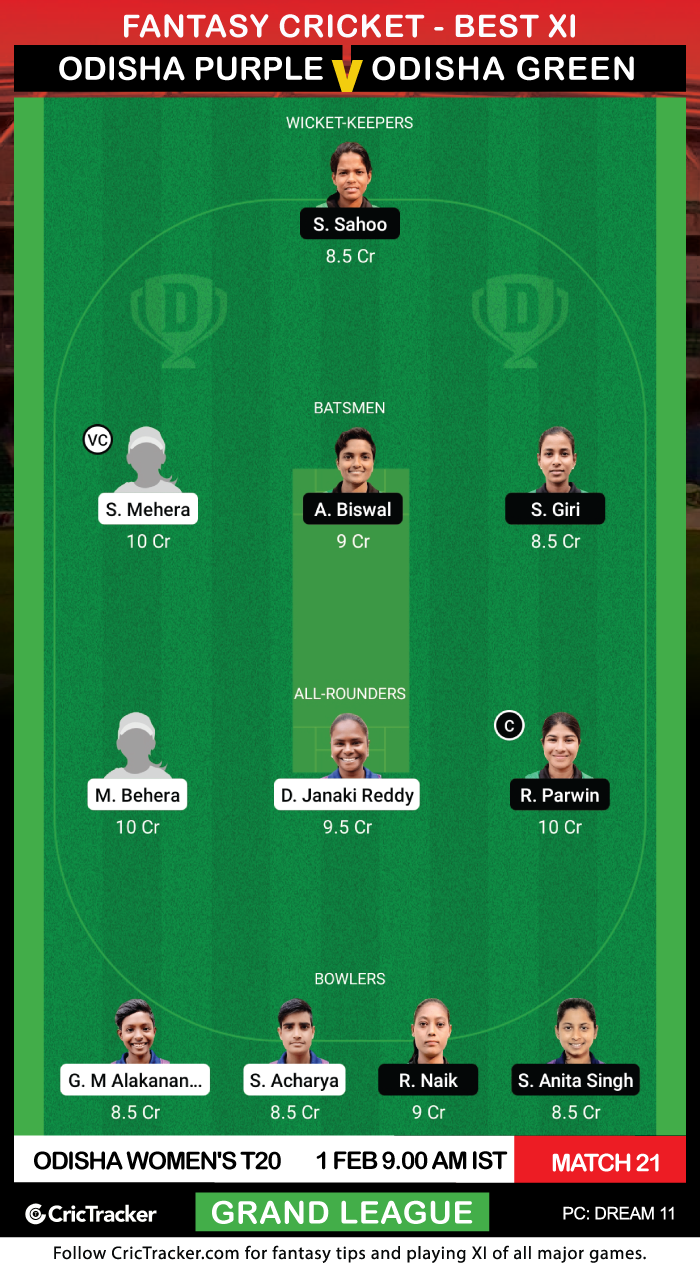 It is advisable to try G M Alakananda as a Captain in any one of your Grand League teams. She is the kind of player who can turn the face of the game with both the bat and the ball.