The 1st match of the Odisha Women’s T20 will be played between Odisha Purple and Odisha Red at KIIT Stadium, Bhubaneshwar.

The match is scheduled to start at 3:00 PM local time and IST and it will be streamed live on Fancode.

Odisha Women’s T20 is all set to kick start from 22nd January at KIIT Stadium, Bhubaneshwar. A Total of 22 matches will be played over a period of 2 weeks. Odisha Purple, Odisha Red, Odisha Green, Odisha Violet, Odisha Yellow are the 5 teams participating in this competition. The final will be played on the 1st of February. KIIT Stadium will host all the matches of this tournament.

Odisha Purple will be up against the Odisha Red in the 1st match of the Odisha Women’s T20. Skipper Madhusmita Behera and Rani Tudu are the main players in the Odisha Purple line-up whereas Odisha Red are lead by International capped player Madhuri Meheta. Both the teams have got a good bunch of players and are ready to start their campaign with a win.

It will be sunny at the start of the match and later the weather will become pleasant in the evening, the temperature will be ranging between 24 to 29 degrees Celsius and the humidity levels are high at 79 percent. There is no chance of precipitation for this match.

There is not much information available about the matches played at this venue. The surface here at the KIIT Stadium is expected to favor the batters than the bowlers. Since it’s the first day of the tournament whoever wins the toss should bowl first.

Madhusmita Behera in the last two domestic matches has scored 87 runs at an average of 43.5 with a strike rate of 106.09. She also picked up 3 wickets as well.

Rani Tudu has represented various teams such as Odisha U19, Odisha U23, and Senior Women. When she last played in the Non-Domestic Tournament she scored 23 runs at a strike rate of 71.87.

Rajashree Swain has represented Odisha in various age group categories and she has played 51 matches in her career and will be looking forward to performing well in this tournament. 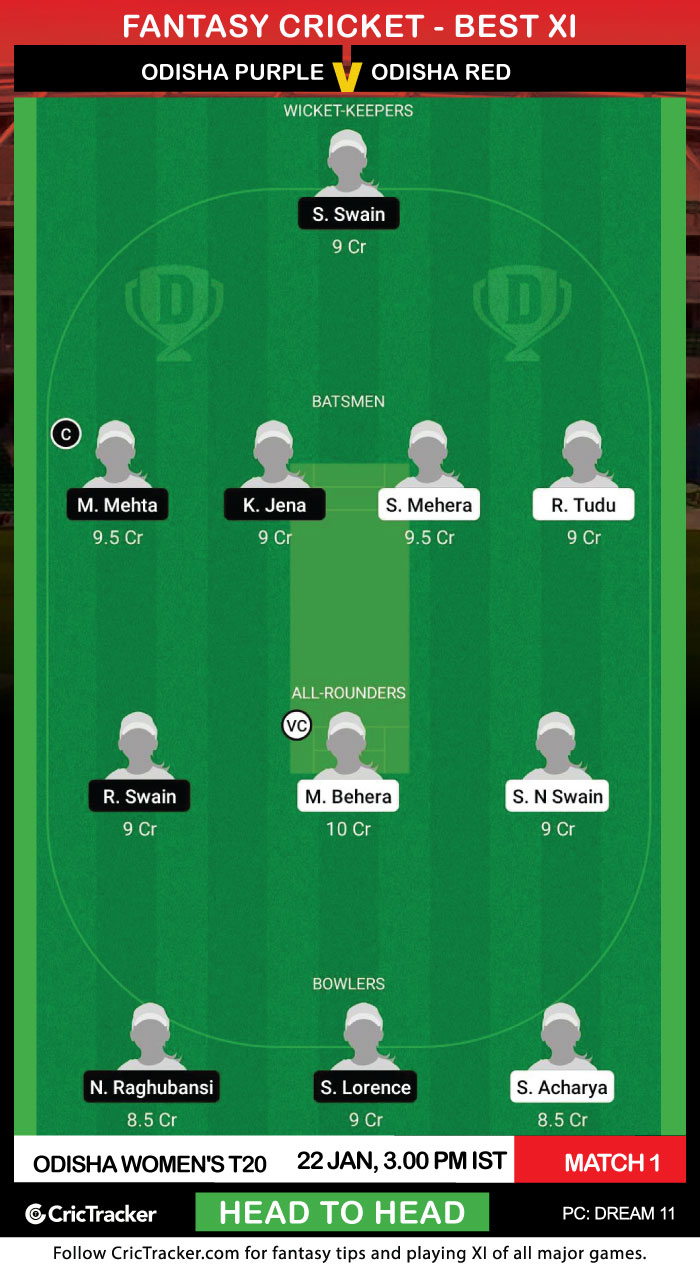 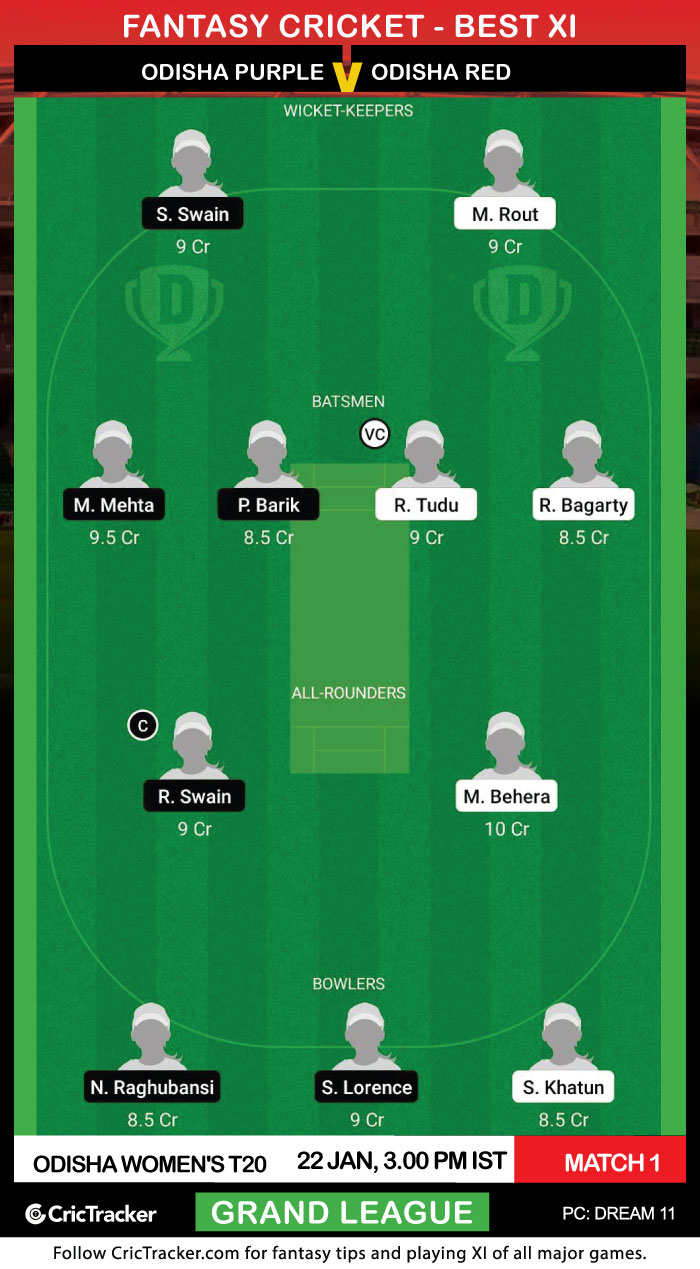 Madhuri Meheta’s experience at the highest level will come in handy for Odisha Red. On the other side, Odisha Purple skipper Madhusmita Behera looks in good touch at the moment with the bat. Both must be included in your Dream11 fantasy teams.