Zohaib Amanat is in good nick with the bat and a must-pick player for your fantasy teams.

Ruwi Rangers will take on Darsait Titans in the Final of the Oman D20 League on Thursday. Ruwi Rangers are in exceptional form in this tournament and have won 8 matches so far. In a close finish, they went on beat Qurum Thunders by 4 wickets on Wednesday. They rightly deserve their spot in the finals and are the favorites to lift the trophy.

Darsait Titans, on the other hand, beat Ghubrah Giants in the penultimate match of the Super Four by 8 wickets and earned their place in the finals. They had lost to Ruwi Rangers badly in their last meeting and hoping to turn things this time around.

The team batting 2nd has won 3 of the 4 matches played in the Super Four contest which clearly states, batting will be much easier as the game goes on. Since it’s a night game dew factor will definitely come into play and hence bowling first is a good option.

Gustav Burger chipped in with valuable runs when his side needed the most. In 8 matches in this tournament, he has scored 240 runs. His innings will be crucial for Ruwi Rangers in the finals.

Zohaib Amanat is in tremendous form and has the ability to win games alone. He stepped in when his side needed him the most. In only 6 matches in this league, he has struck 204 runs.

Skipper, Khawar Ali rose to the occasion in an important game against Ghubrah Giants on Wednesday. He scored unbeaten 86* runs from 40 balls which includes 8 fours and 6 sixes and even picked up a wicket.

Khurram Khan is the main batter for Darsait Titans. He is the 2nd leading run-scorer in this tournament with 307 runs and needs 27 runs to move to the top spot. 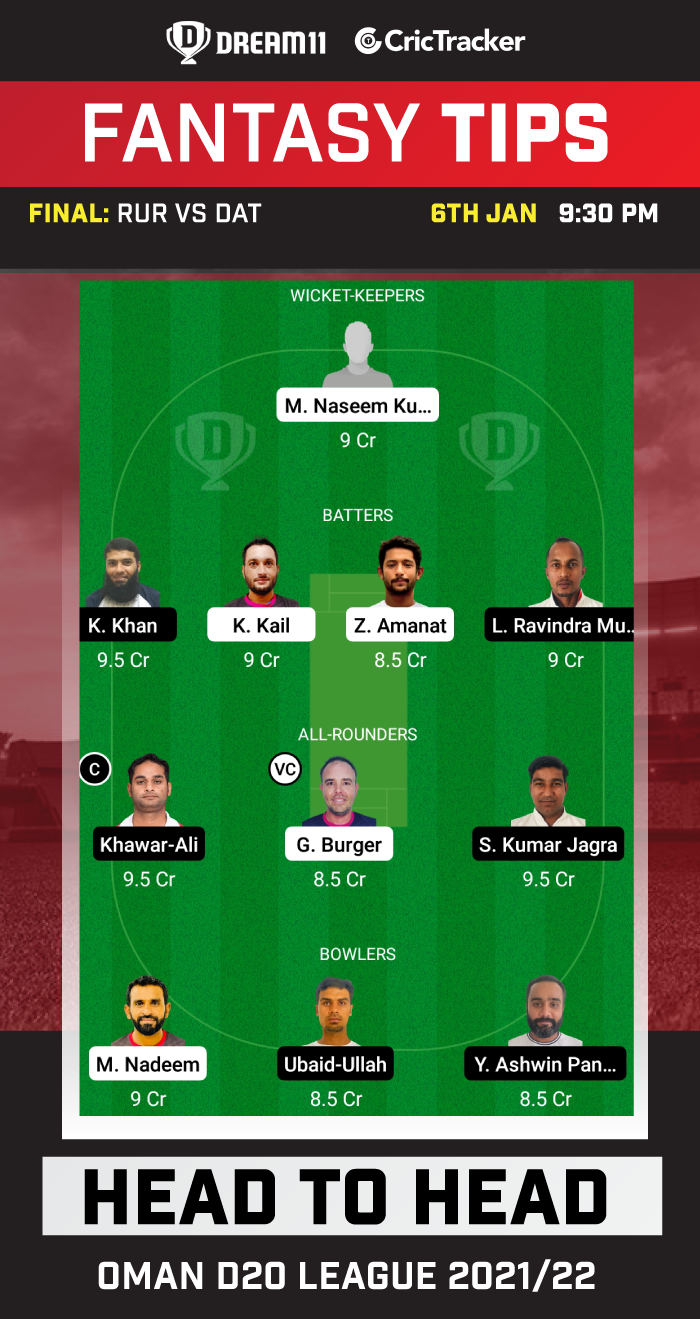 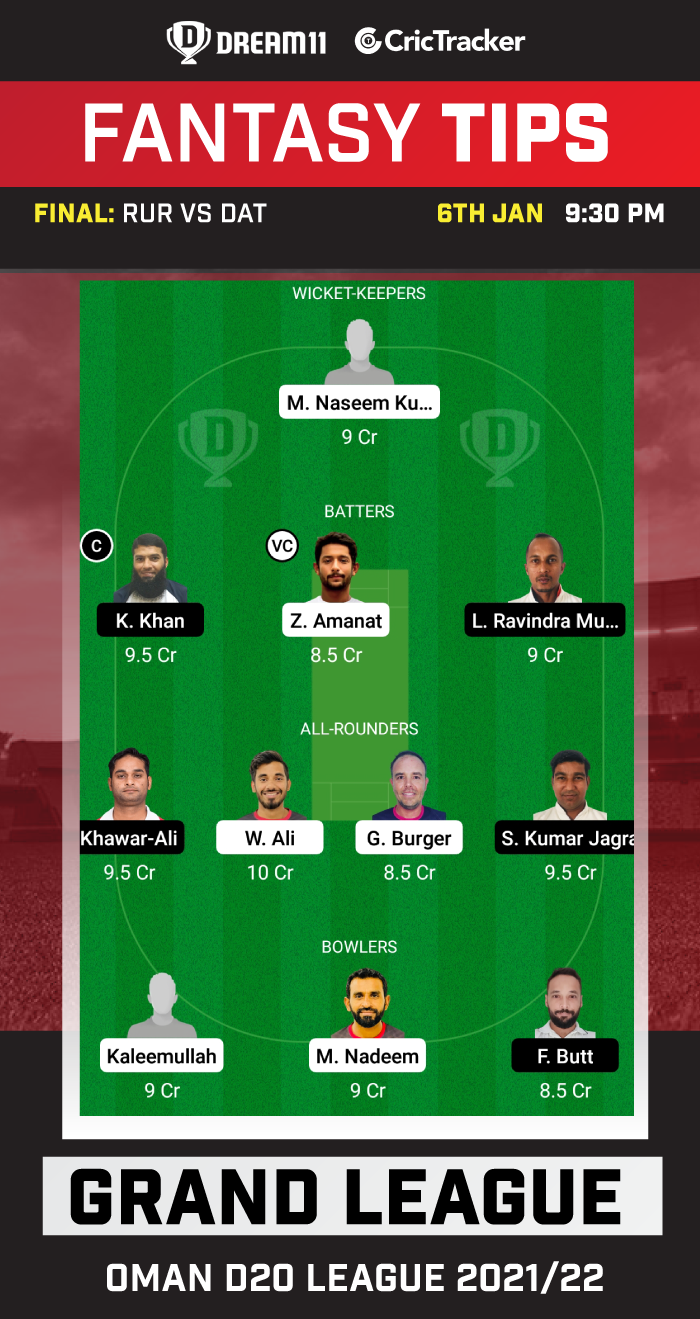