Khurram Khan is now the second-highest run-scorer in this tournament.

Darsait Titans, on the other hand, didn’t do well to the standards they have set in the previous game against Qurum Thunders as they lost the match by 7 wickets. This was their second straight loss in a row. They had lost to Ruwi Rangers by 48 runs when they met last time and now it’s time for them to give it back.

The runs are flowing from the batter’s willow quite easily and the bowlers need to take the pace of the ball regularly on this batting paradise. Batting first is always a good option here.

Zohaib Amanat played a sensational knock in the last match against Ghubrah Giants. He scored 66 runs from 44 balls which included 5 fours and 3 sixes. Overall in 5 innings in this tournament, he has scored 164 runs with the highest score of 66.

Gustav Burger is proving again and again that he is a talented opening batter. In 7 matches so far in this tournament, he has scored 210 runs.

Khurram Khan played the best knock of the tournament in the last match against Qurum Thunders where he scored unbeaten 104* runs from 65 balls, which comprised 9 fours and 5 sixes.

Lakpriya Ravindra Mudunkothge is the second-highest run-scorer for Darsait Titans in this tournament. In 8 matches, he has accumulated 223 runs which include 2 half-centuries. 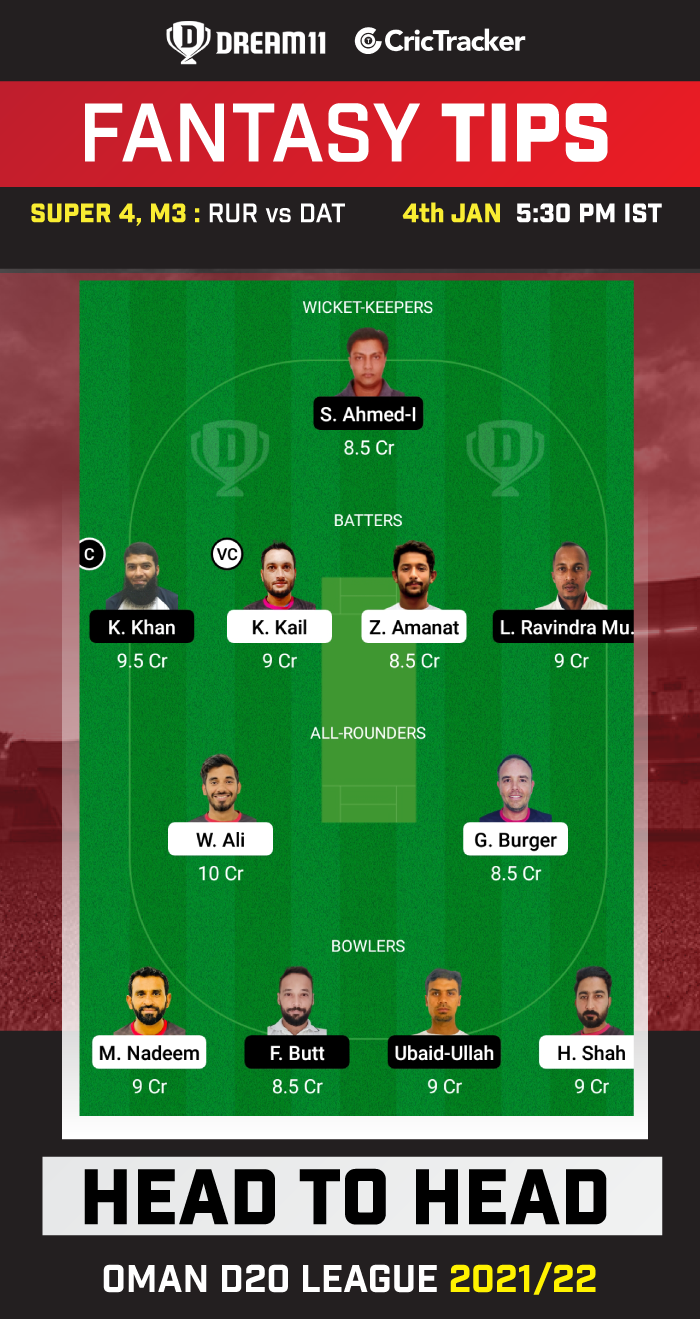 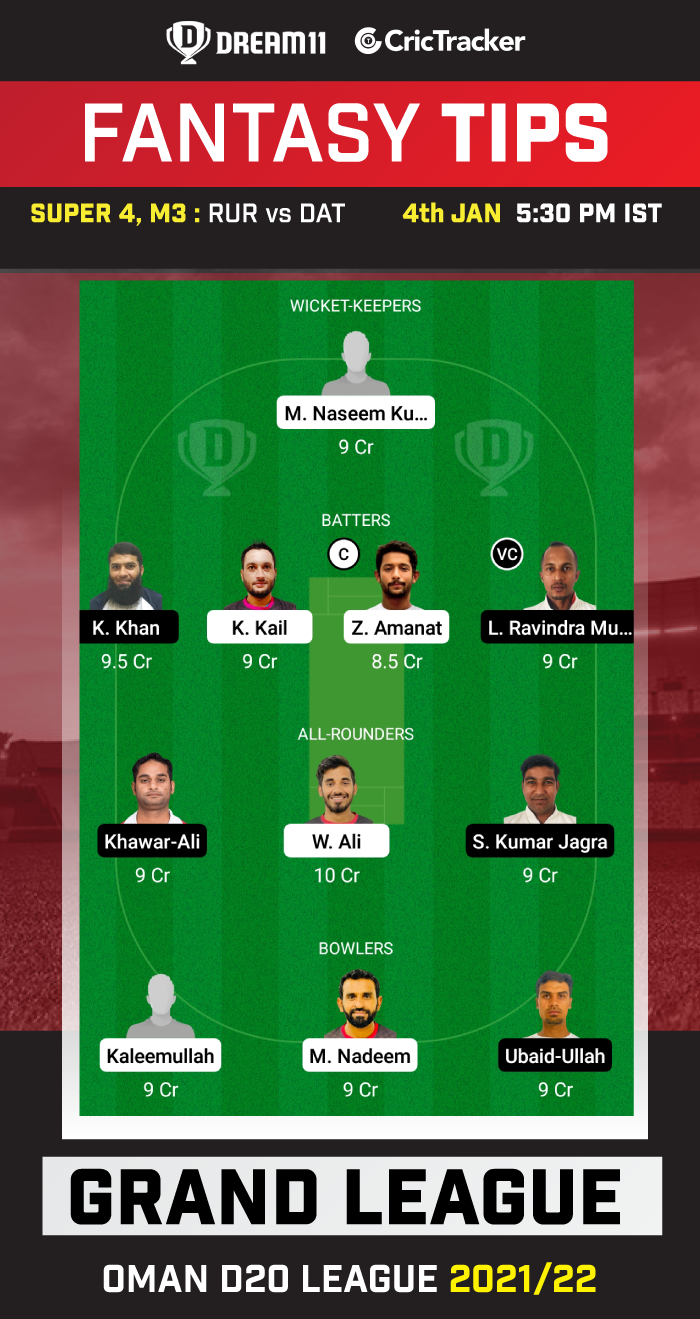