Shoaib Khan is one of the top performers in this tournament.

Ruwi Rangers will face Qurum Thunders in the final match of the Super Four contest on Wednesday. Both sides have won their respective first matches in the Super Four, whereas their second match was abandoned.

Qurum Thunders had the better of Ruwi Rangers in their previous meeting by 14 runs. Considering their position in the standings in the league stages, both Ruwi Rangers and Qurum Thunders are expected to play each other in the finals.

The wicket looks good for batting despite continuous cricket played over the last few weeks. There will be equal assistance for the bowlers as well. Looks like anything over 160 is a good score on this wicket.

Zohaib Amanat is a skillful player. He has scored 164 runs in 5 innings in this competition with the best score of 66. He is expected to perform well in this match as well.

Gustav Burger knows only one way that is to score runs at a faster rate. He has smashed 210 runs in 7 matches in this competition.

Shoaib Khan is one of the top contenders for the most valuable player of the tournament. He has struck 323 runs and has also picked up 5 wickets in this tournament so far.

Kashyapkumar Prajapati is the key man for Qurum Thunders at the top of the order. He has mustered 270 runs in 7 matches in this tournament with the highest score of 95.

RUR vs QUT Must Picks for Dream11 Fantasy Cricket: 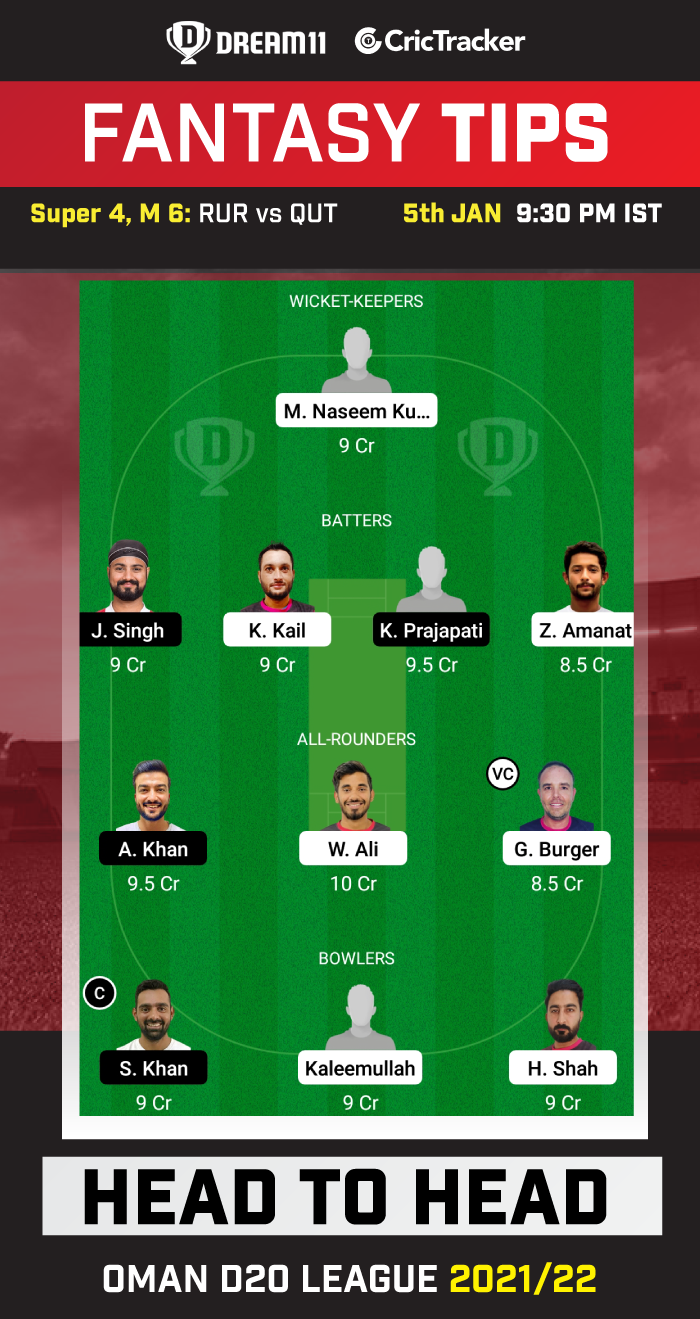 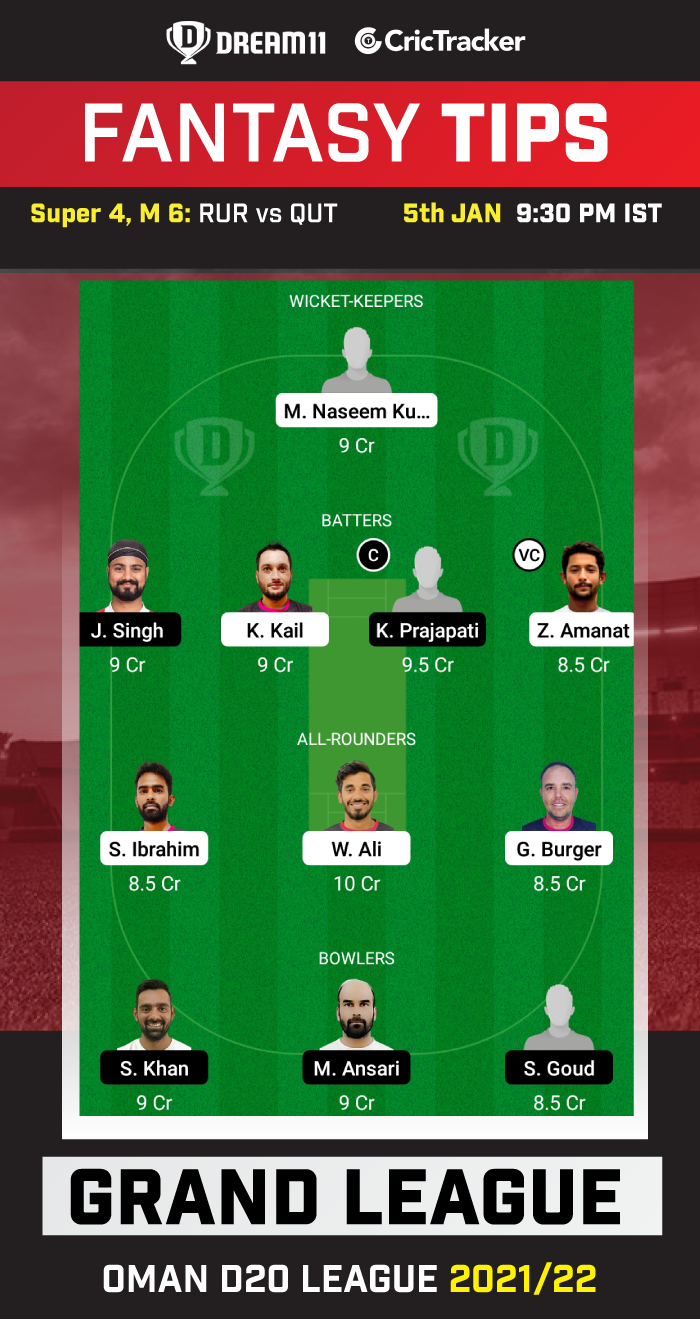