The 3rd game of the 2020 Oman Tri-Nation ODI Series part of the ICC Men’s Cricket World Cup League 2 will be played between Oman and Namibia at the Al Amerat Cricket Ground Oman Cricket (Ministry Turf 1).

Namibia suffered a close defeat against the United Arab Emirates in their first game of the Oman Tri-series part of the ICC Men’s CWC League 2. They won three straight matches in the USA Tri-series after losing the first match and will be hoping to repeat that in Oman. However, the home team is quite strong on slow surfaces. They thumped the UAE team in the first game by 5 wickets as their skipper starred with the ball. The game between Namibia and Oman on Wednesday could go down the wire considering the strengths of both teams.

No threat from rain is expected for the game between Oman and Namibia to be played on Wednesday.

The Namibia-UAE match was only the 2nd time in the 2019/20 season that a batting first team won at the Ministry Turf 1. It is because the target was slightly higher than the par score. Namibia did well to be in the 223-run chase till the last over where they needed 13 to win. A new track will be used on Wednesday but it will be on the slower side like always.

Bernard Scholtz continues to be consistent for Namibia as he picked up 10 wickets in his 5-match ODI career including a 4-wicket haul. Zeeshan Maqsood has over 400 runs at an average of 30+ in List A cricket for Oman. He also took 22 wickets in 18 matches for them including a 4-fer on Sunday. Another Oman all-rounder Khawar Ali has good all-round numbers as he scored 479 and took 28 wickets for his country in List A matches. Jan Frylinck produced an all-round effort in the last match scoring 31 and had figures of 10-1-33-1. He scored 143 runs at 35+ average in 6 ODIs he played and also claimed ten wickets with help of a 5-wicket haul. 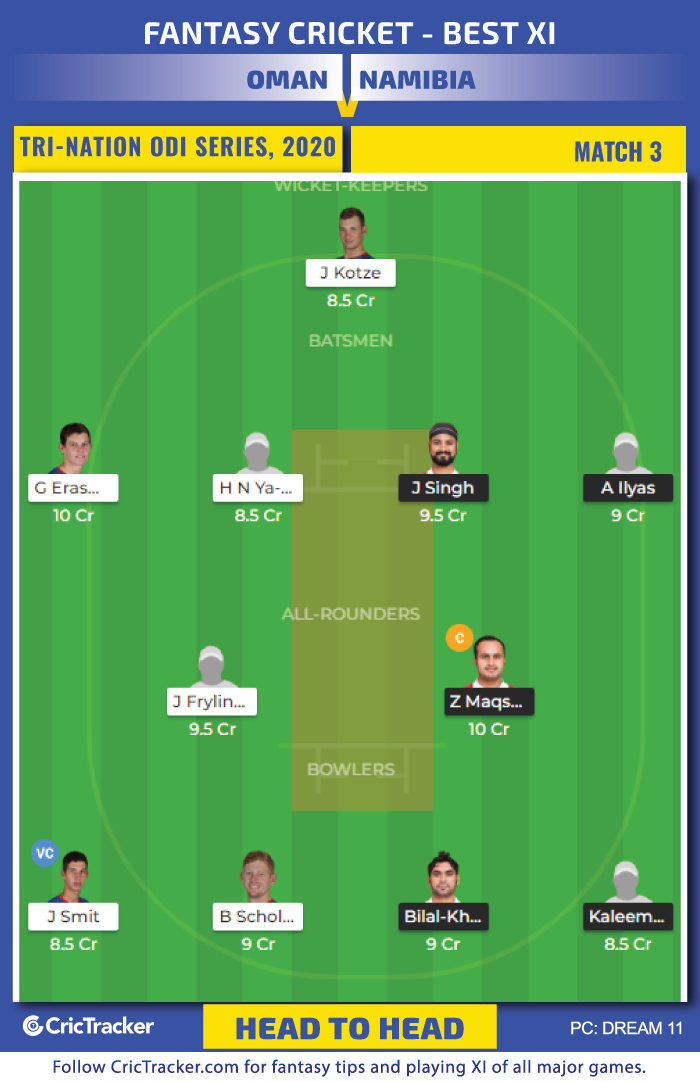 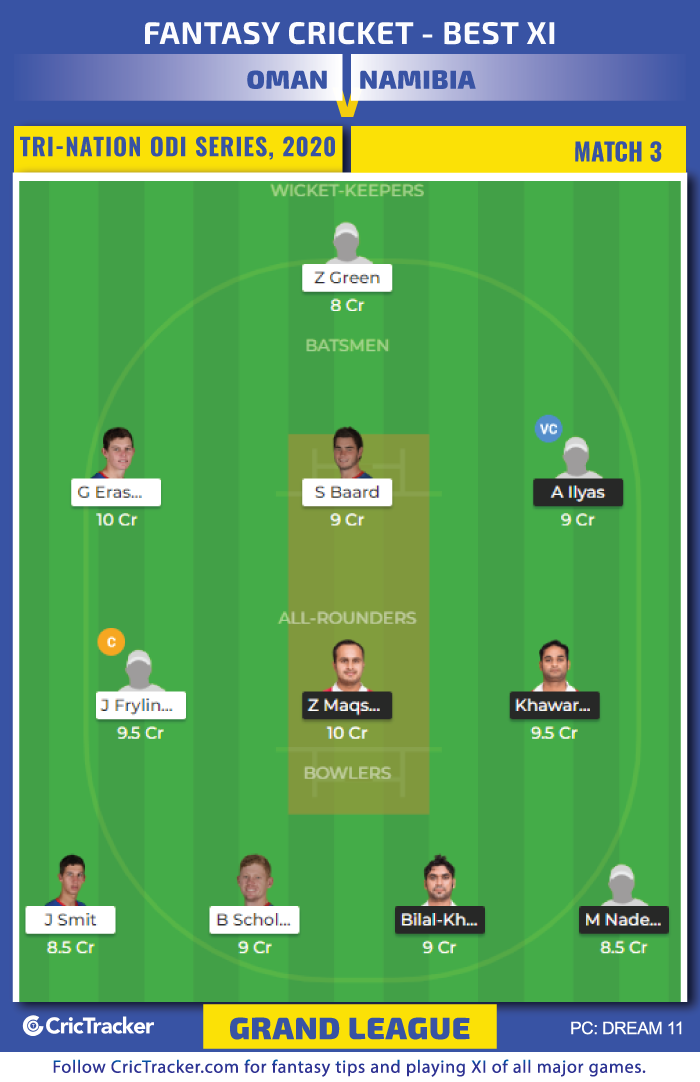 JP Kotze has scored a big century during USA Tri-series but is more an inconsistent player. He scores big knocks once in a while. Hence, Zane Green looks a better option in the keepers’ category as he costs only 8 credits. Moreover, Green opened the batting in the previous match.

Namibia is expected to register their first win of this tournament.