Spinners have a massive role to play in this match. 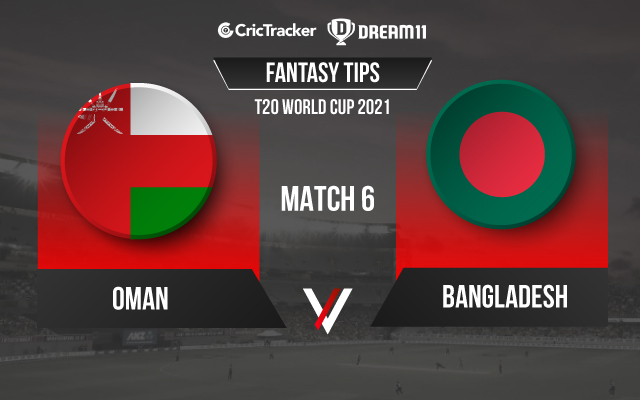 Co-hosts Oman made an excellent start into their T20 World Cup campaign with an emphatic win over Papua New Guinea by 10 wickets. Chasing the smallest of targets, their openers made it look simple and finished the game in the style with 38 balls still left in the match. On their home turf, they are strong and can defeat any side on a given day.

Bangladesh, on the other hand, was outplayed by Scotland in their opening game by 6 runs. They leaked plenty of runs at the death and their batters played some loose shots which in the end made them lose the game. Now they are in a must-win situation and it will get tougher and tougher for the Bangla Tigers. They can’t take Oman lightly by any chance.

Oman vs Bangladesh, Match 6, Group B

Spinners are like gold on these kinds of surfaces. They will play a huge role in the middle overs of the game. Whoever plays the spinners well, will have more chances of winning this match. Anything close to 150 is a match-winning total on this wicket.

Jatinder Singh went after the PNG bowlers in the opening game and scored an excellent unbeaten 73* from 42 balls which included 7 fours and 4 sixes.

Liton Das is an elegant batter and likes to time the ball well. He scored just 5 runs in the last game against Scotland. He is expecting a big score in this match.

Zeeshan Maqsood rightly deserves the player of the match award for his phenomenal spell of bowling against PNG. He picked up 4 wickets by conceding just 20 runs. He can be destructive with the bat as well.

Shakib Al Hasan is a must-buy for your fantasy teams. Bangladesh’s No.1 all-rounder managed to pick up 2 wickets and scored 20 runs with the bat against Scotland. His performances will matter a lot for Bangladesh in this game.

Kaleemullah is a wicket-taking bowler for Oman. He is consistently picking wickets for his side. He scalped 2 wickets in the last match against Oman at an economy of 6.33.

It’s a challenging task for the batters to score runs against Mustafizur Rahman. He is a tough bowler in this format and a must-pick for your fantasy teams. He picked up 2 wickets in the last game against Scotland at an economy of 8.

Musfiqur Rahim was cruising against Scotland and played an unnecessary stroke which wasn’t required at the time. He got out after scoring 38 runs from 36 balls which includes one four and 2 sixes.

OMN vs BAN Must Picks for Dream11 Fantasy Cricket: 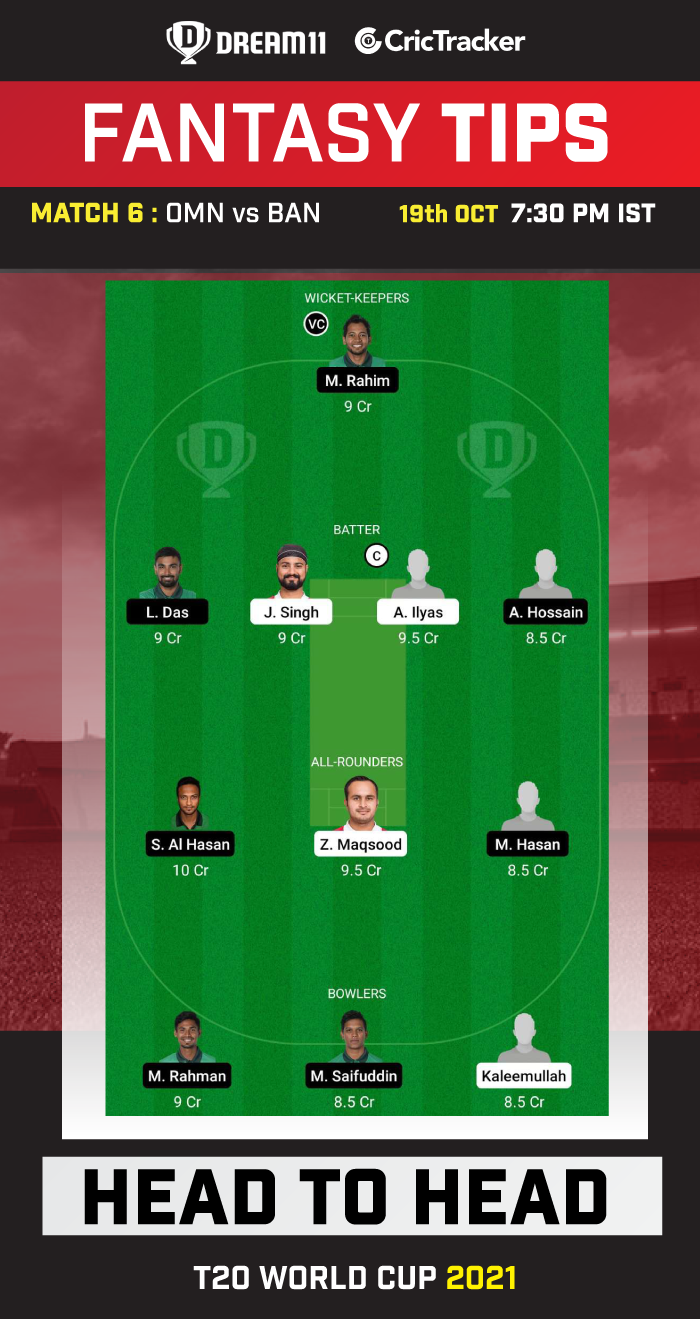 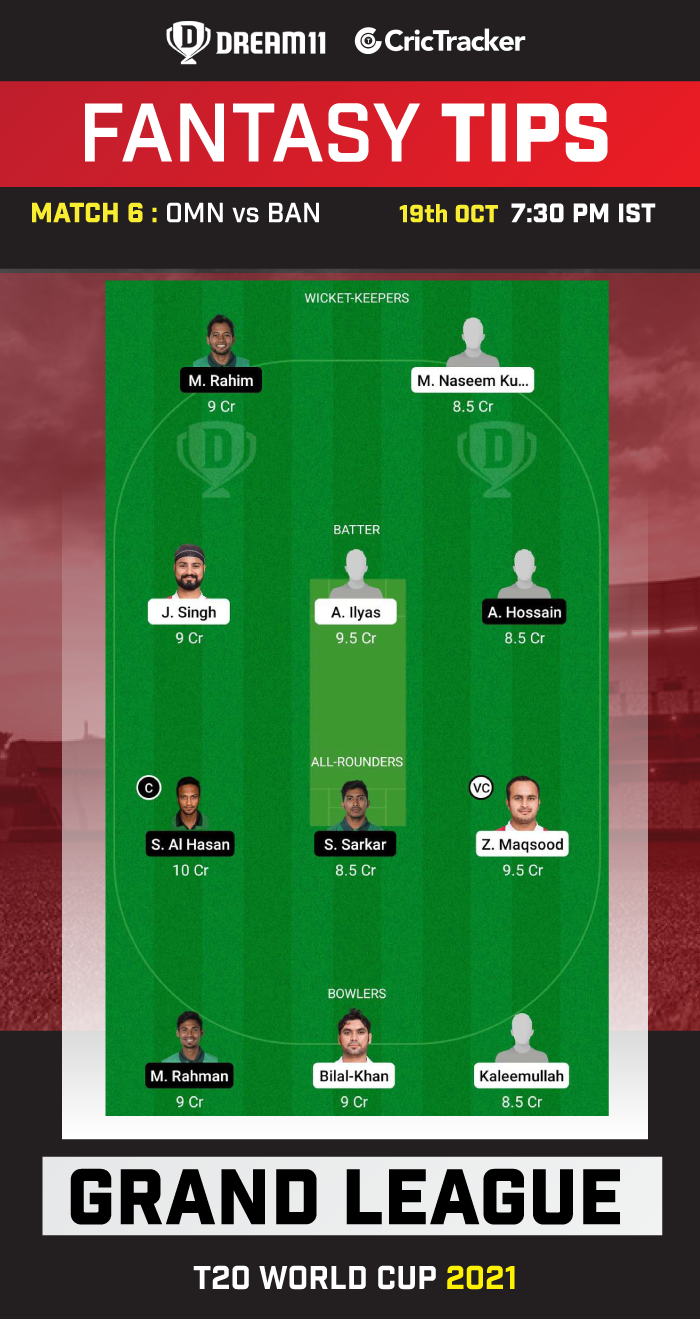 Soumya Sarkar got dismissed for just 5 runs in the last match against Scotland. You can take a risk and pick him as your fantasy team skipper.

Mahedi Hasan was too good with his all-round performances in the last match against Scotland where he picked up 3 wickets and scored 13* with the bat. It’s worth a risk and you can pick him as your fantasy team skipper.

Nurul Hasan bats down the order and there won’t be many opportunities left for him to score more runs. Hence, it’s better to avoid him while making your fantasy teams.