Opinion: Why Rahul Dravid is a better Test batsman than Sachin Tendulkar

Opinion: Why Rahul Dravid is a better Test batsman than Sachin Tendulkar

Who's the greater Test batsman between Rahul Dravid and Sachin Tendulkar? 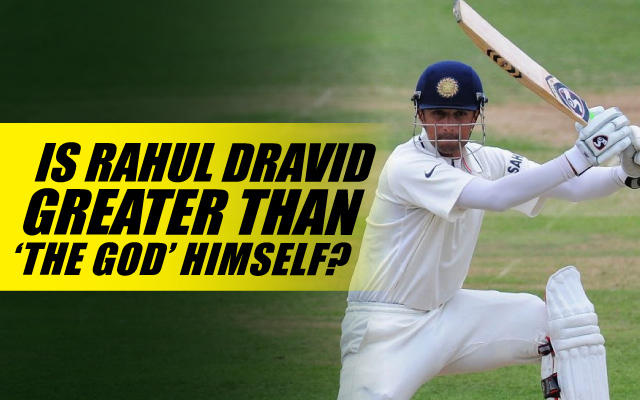 That is the combined record of two of the greatest batsmen to have ever wielded the willow for India in Test cricket. In a combined 364 Tests, Sachin Tendulkar and Rahul Dravid generated such incredible numbers that their legacy will live on forever.

But then, who is greater between the two?

Is Dravid greater than ‘The God‘ himself?

Home and Away Records-Little to separate the Two behemoths

In the table below, let us have a look at the home and away records of Tendulkar and Dravid in Test cricket. 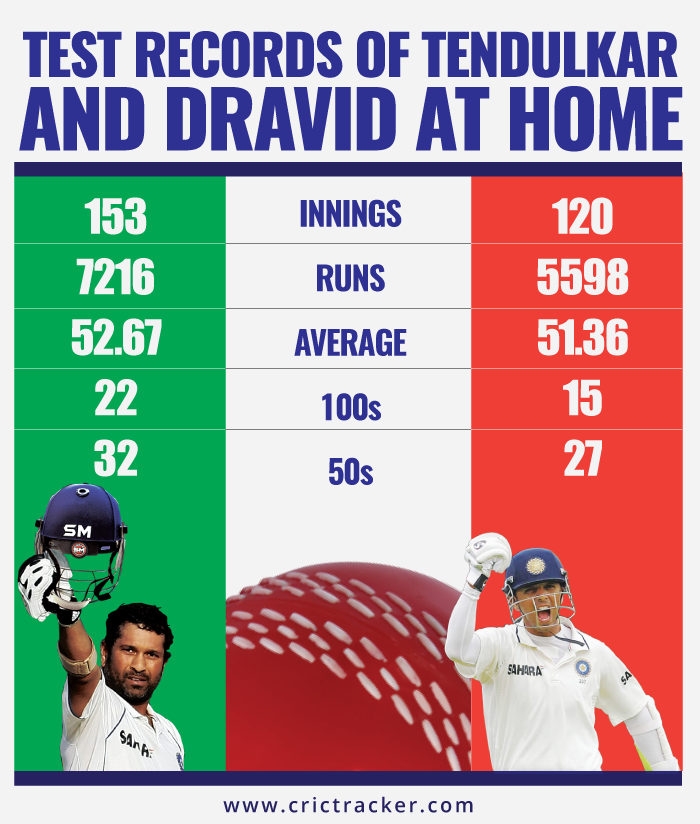 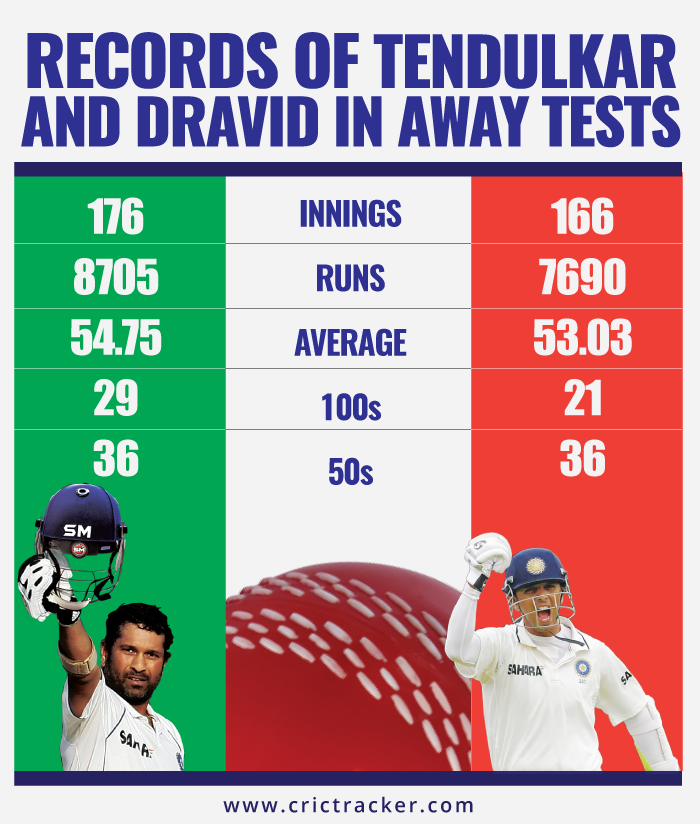 On a broader analysis between the records of Tendulkar and Dravid in home and away Tests, there is very little to choose between the two. Both the legends average above 50 both at home and away, and have performed exceedingly well over a long period of time.

What separates Rahul Dravid from Sachin Tendulkar then?

In the table below, let us analyze the records of Dravid and Tendulkar in the SENA countries and the West Indies 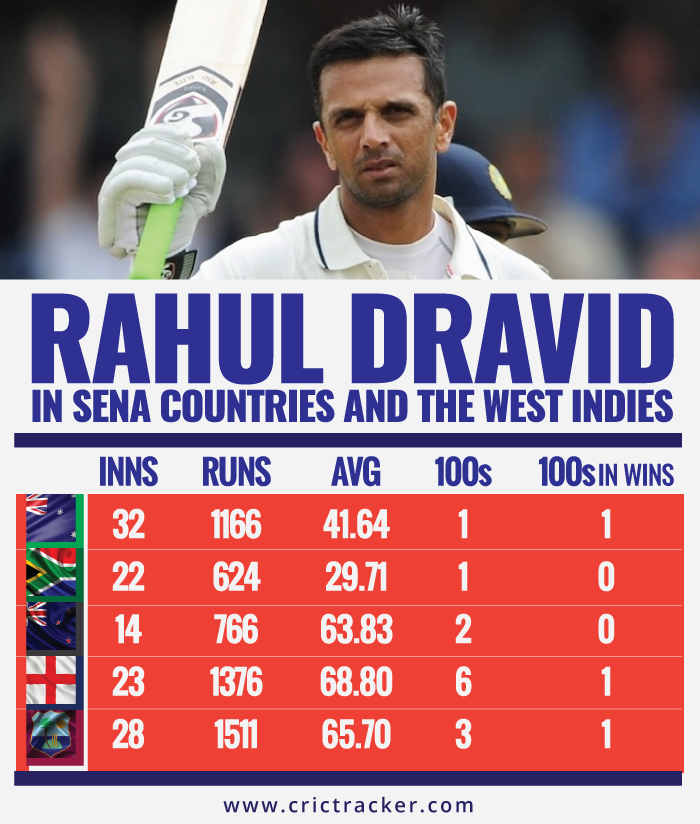 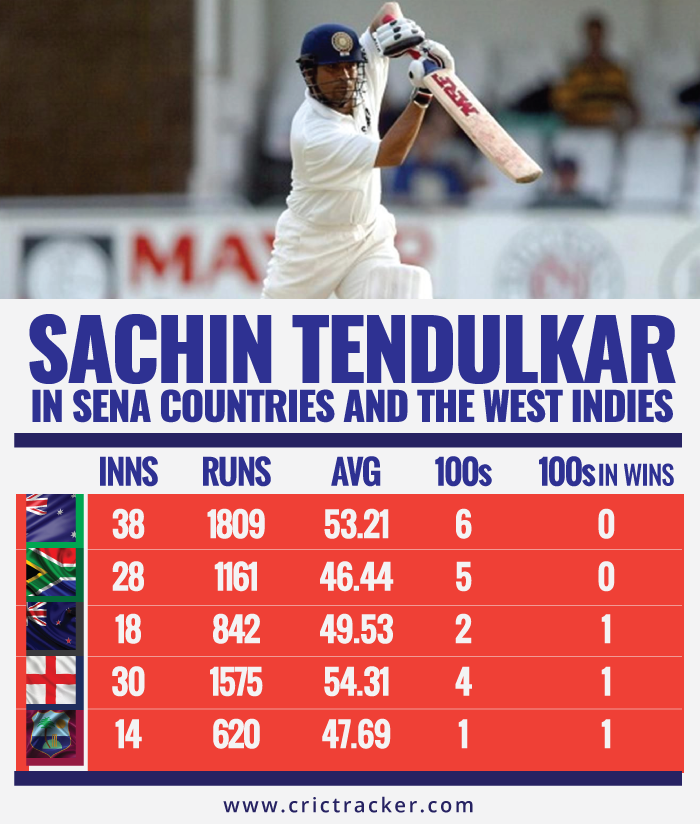 Ask any Indian fan about Adelaide 2003, and it will bring a smile to his face. Led by a spirited Rahul Dravid, who scored a valiant 233, India managed to beat the Aussies in their soil for the first time in a Test match in 20 years. Dravid was the catalyst who made it possible, and led India to one of their most famous Test wins ever.

On the other hand, there is not a single Test hundred from Tendulkar on Australian soil that resulted in an Indian victory despite the master being a part of 5 tours to the land of the kangaroos in his illustrious career.

In the land of the Kiwis, it is Dravid again who outshines the master. Dravid averages a colossal 63.83 in Tests played in New Zealand, and has scored 2 hundreds there. On the other hand, Tendulkar averages just 49.53 in New Zealand and has scored the same number of hundreds as ‘The Wall’ despite featuring in 4 innings more.

Even in England, Dravid averages a whopping 14 points more than the ‘Little Master’ and has scored 2 hundreds more than Tendulkar despite playing 7 innings lesser.

Even on Pakistan soil, it is Dravid who outshines Tendulkar. ‘The Wall’ has scored as many as 3 hundreds against India’s biggest rival in their own den, and averages a colossal 78.57 in Tests played in Pakistan.

On the other hand, Tendulkar has scored just a solitary hundred in Pakistan soil in 13 innings, and averages a modest 40.25.

Also, while Tendulkar has fared better in Australia and South Africa, Dravid has outshone the master in England, New Zealand, West Indies and Pakistan as well.

Hundreds in a Win/Draw- Rahul Dravid outshines Tendulkar yet again

In this table below, let us have a look at the hundreds scored by the two icons in a win or in a draw in Tests.

Every batsman scores his runs in a bid to help his side to win a Test match. And, if he is not able to do so, the next option is to ensure that his side does not end up losing. Out of the 51 hundreds that Tendulkar scored in his career, only 40 of them resulted in a draw or a win, which translates to a percentage of 78.43%.

On the other hand, out of the 36 hundreds that Dravid scored in his career, as many as 32 resulted in a win or a draw for his side, which translates to a whopping percentage of 88.89%.

In other words, Dravid’s centuries in a draw or a win is a significant 10% higher than that of Tendulkar’s.

But then, if there is a choice between Dravid and Tendulkar to win or draw a Test match, The Wall stands tall.

Note: All Stats have been taken from Howstat Cricket and Wikipedia and have been updated as on 20th July 2020