Lethal Central Districts Women are expected to breeze past out of sorts Otago Women.

The 14th match of the Hallyburton Johnstone Sheild 2020-21 will be played between the Otago Women and the Central Districts Women at the University Oval Ground in Dunedin.

It will be an interesting game of cricket to watch when a top-performing team of the Hallyburton Johnstone Shield 2020/21 will be taking on a team that has arguably not done well at all during their matches so far. On one hand, we have the flamboyant Central Districts women and on the other, we will have the Otago Women, a team that has struggled to win even a single game so far.

The Central Districts women have played in 4 matches so far and have won 3 of those, earning the second spot in the table. Their opponents, Otago Women are pitted at the bottom of the table, having failed to win even a single game so far. So, both the teams will be coming in with very different morales in this game, but a win will bring in an equally important impact in the game.

The weather in Dunedin on the day of the game will be marked by the presence of showers and thunderstorms with humidity pegged at 69 per cent. The temperature will be around the 19 degree Celsius mark.

The pitch at this venue has been historically supportive of the bowlers. The chasing team will be at a slight advantage, but it will be the bowlers deciding the course of the match. Among the bowlers, it will be the spinners enjoying the most amount of help.

Jess Watkin has been a player who has done well with both the bat and the ball. She has scored 119 runs in 4 games and has taken a total of 8 wickets at an excellent economy rate of just 1.63 runs per over.

Claudia Green is one of the top performers for her team with the ball in hand. Her current tally of wickets stands at 7 wickets in 4 games, while she also has maintained an outstanding economy rate of 2.60 runs per over.

Saffron Wilson’s numbers do not show in any sense, the kind of impact she is capable of making and has had on her team’s run in this tournament so far. She has played in 4 matches, in which has scored 34 runs and has taken 4 wickets.

Caitlin Blakeley with the bat in hand has blown away every bowling attack that has come her way in this tournament. She has scored 133 runs in 4 matches at an average of 44.33, hitting 14 fours and 1 six in the process. 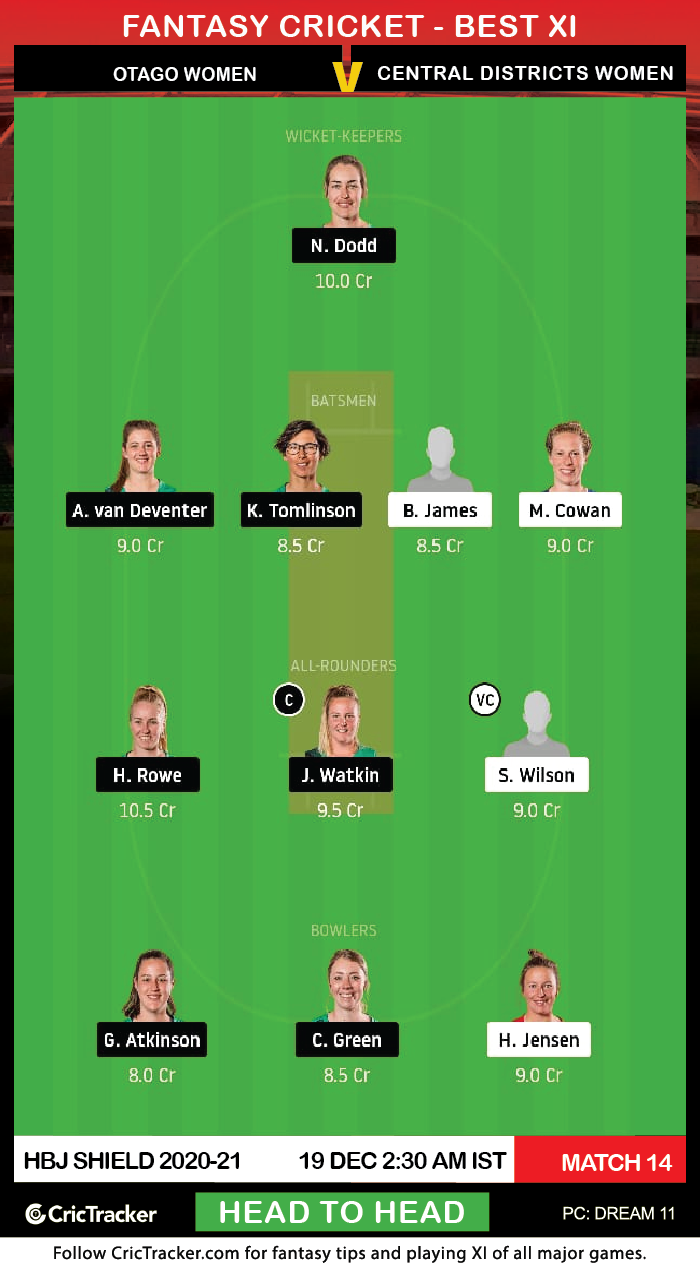 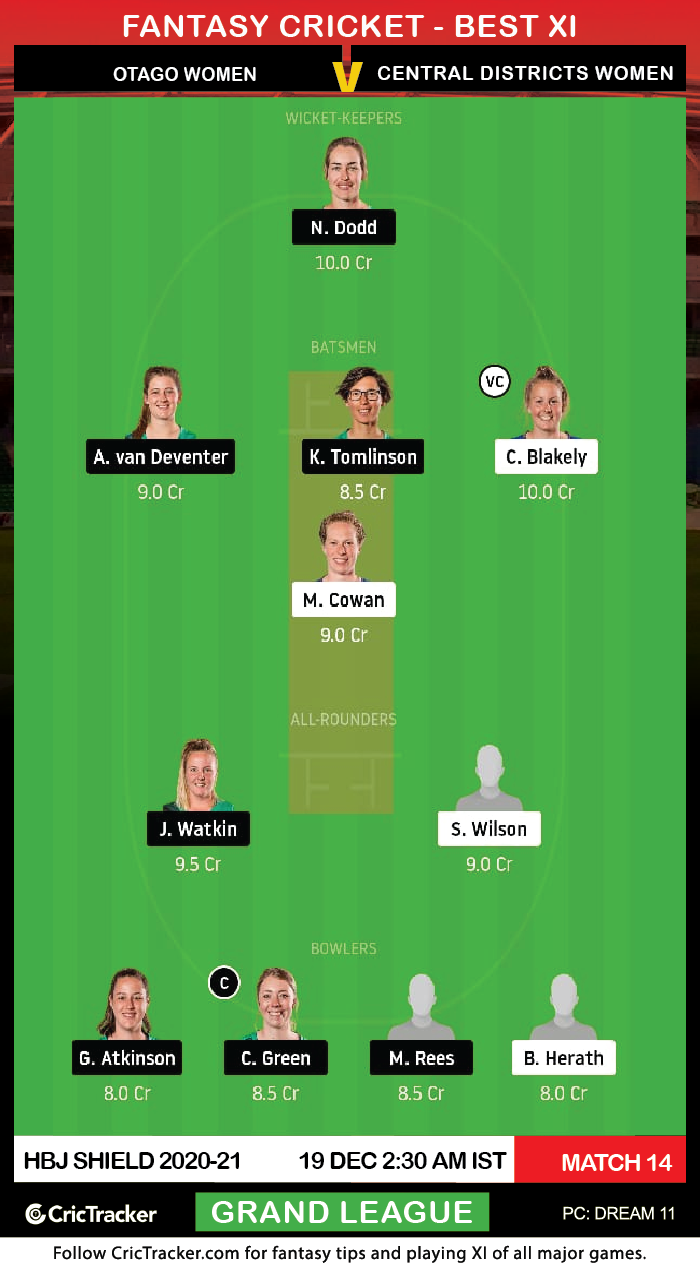 It is advisable to conclude 4 specialist bowlers in one of your Dream11 Fantasy teams. The 4th bowler should be Bhagya Herath.