Stephen Foster seems to be the perfect captain option.

Match 11 of the Over-50s Cricket World Cup will be played between South Africa and England at Jacques Kallis Oval, Wynberg Boys High School in Cape Town.

South Africa and England will lock horns in match 11 of the ongoing Over-50s Cricket World Cup in Cape Town on Friday. Both the teams are coming into this match after registering huge wins in their respective opening matches on Wednesday. South Africa defeated Wales by a mammoth 197 runs defending 253. They bundled out of the opposition for just 60 runs.

England were also professional in their trade against India. They first restricted the Shailendra Singh-led side for 101 runs in 45 overs and then chased down the target in just 17.4 overs losing only a couple of wickets. No wonder the contest between England and South Africa will be enthralling one and the players from both the sides will be tested to the hilt.

The weather forecast in Cape Town is perfect for the cricket match to take place on Friday. While there is no chance of rain during the match, the temperature will hover in the early 20s according to AccuWeather.

There is no idea how the pitch at Jacques Kallis Oval will behave. To be on the safer side, the teams are expected to bowl first after winning the toss.

(Will be shared when there’s any update)

Sean Cooper, Mark Alleyne and Stephen Foster picked two wickets each in the previous game and they were economical as well. Simon Myles returned with the figures of 1/14 in his nine overs and batted at four too. Stephen Foster is also an exciting all-rounder and he bats at three apart from bowling his complete quota of overs. David Snellgrove (43) also batted well in the previous game.

For South Africa, Bruce Wilson was the best bowler who returned with the figures of 4/9 in six overs with three maidens. Malamba and Ngece also picked a couple of wickets each. With the bat, Dave Duncan and the skipper Dave Callaghan scored half-centuries. However, Alan Dawson was the best batsman for them scoring an unbeaten 69 off just 35 balls with three fours and six sixes. 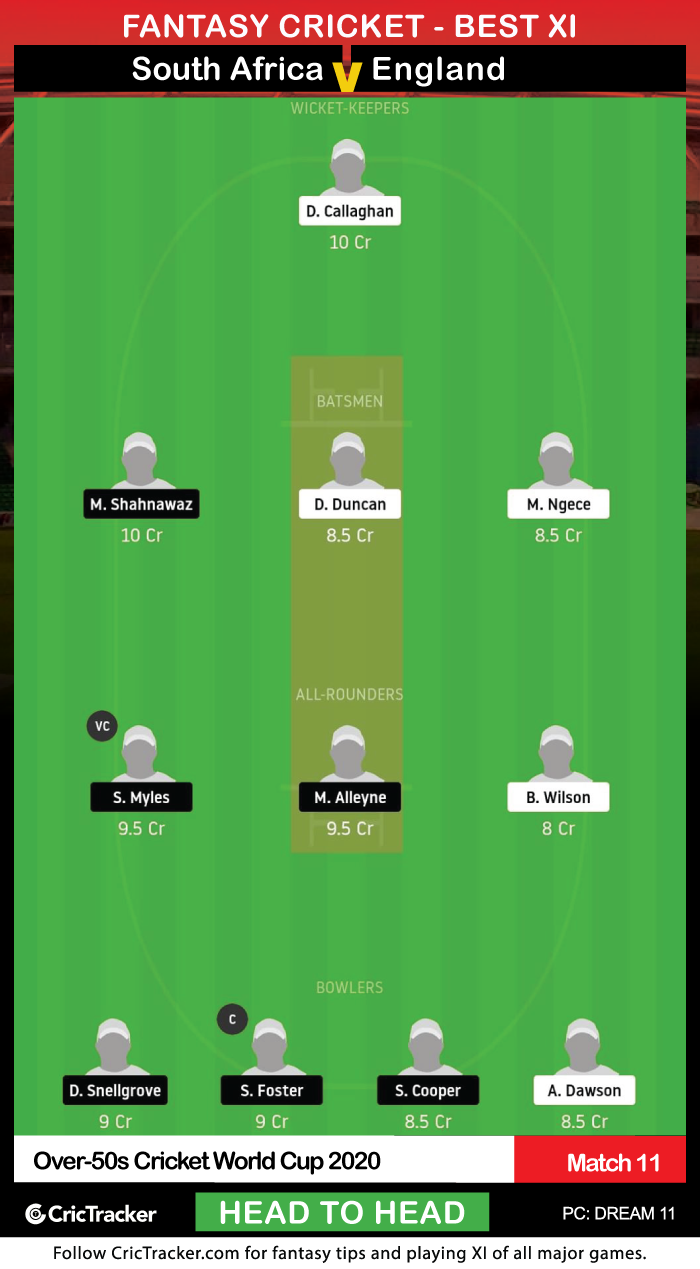 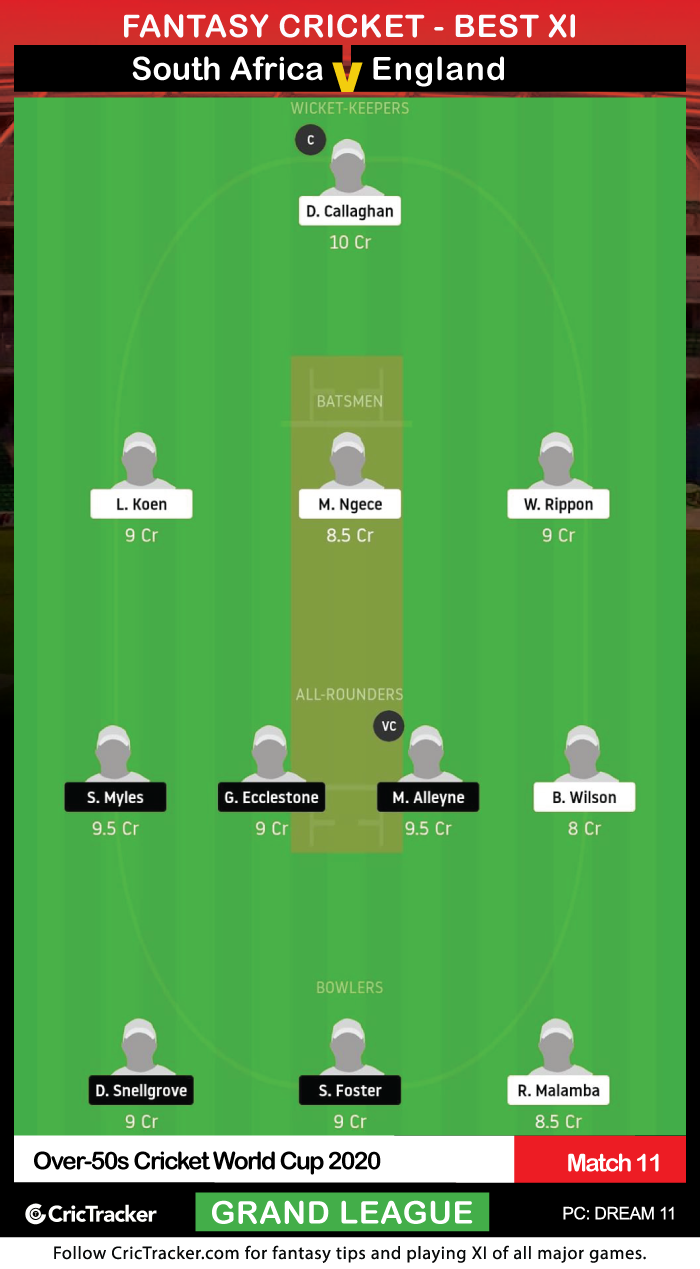 12 players played for certain teams in few matches on Day 1 of the tournament. There is still no clarity over the exact rules.