Hayley Matthews is an important cog in the wheel of Welsh Fire Women. 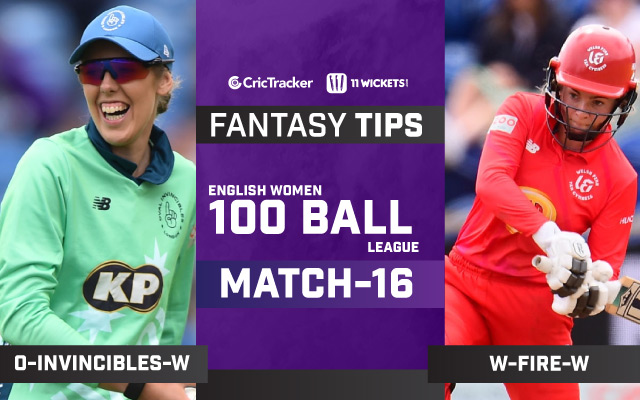 Oval Invincibles Women and Welsh Fire Women will battle it out against each other in the match 16 of the Women’s English 100 Balls League on Monday, August 2. Oval Invincibles have secured two wins from three matches and are positioned at the third position of the points table.

Welsh Fire registered their first win in the tournament in the last match, where Hayley Matthews starred for the team. Currently, they are placed at the sixth position of the points table.

The pitch is inclined towards the batters. The pacers might have to toil early on with very little help from the surface.

Hayley Matthews is an important cog in the wheel of Welsh Fire Women. She single-handedly won the last game for the team. In the tournament so far, she has scored 134 runs and has scalped two wickets.

Tash Farrant has picked up 7 wickets in the tournament so far. Her contributions will be pivotal for the Oval Invincibles.

Dane van Niekerk has chipped in 112 runs in the tournament so far. She has also picked up 2 wickets. She can be a good pick for this match. 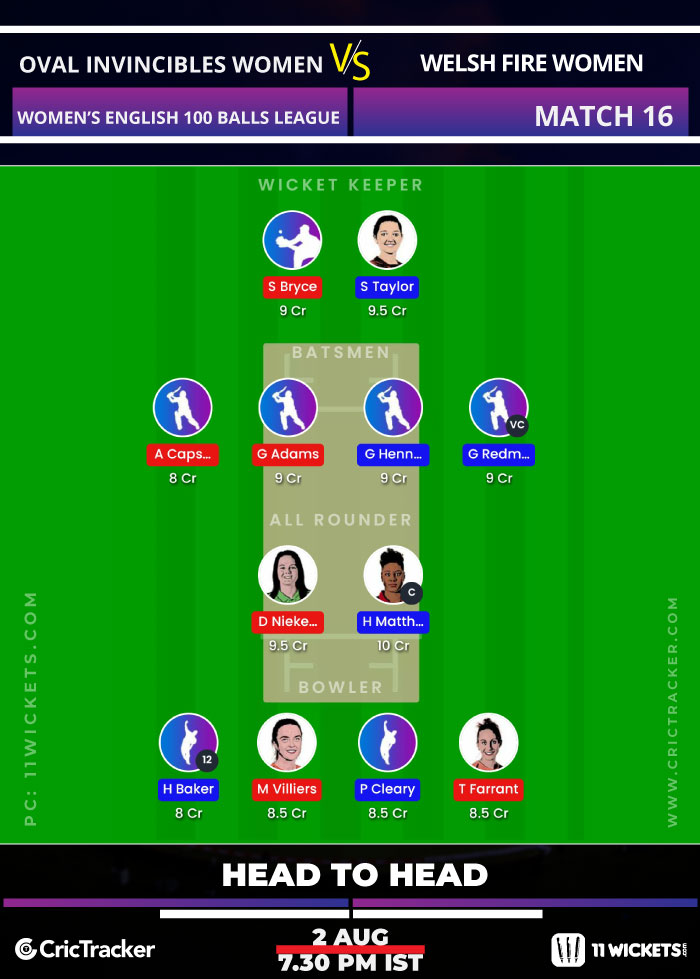 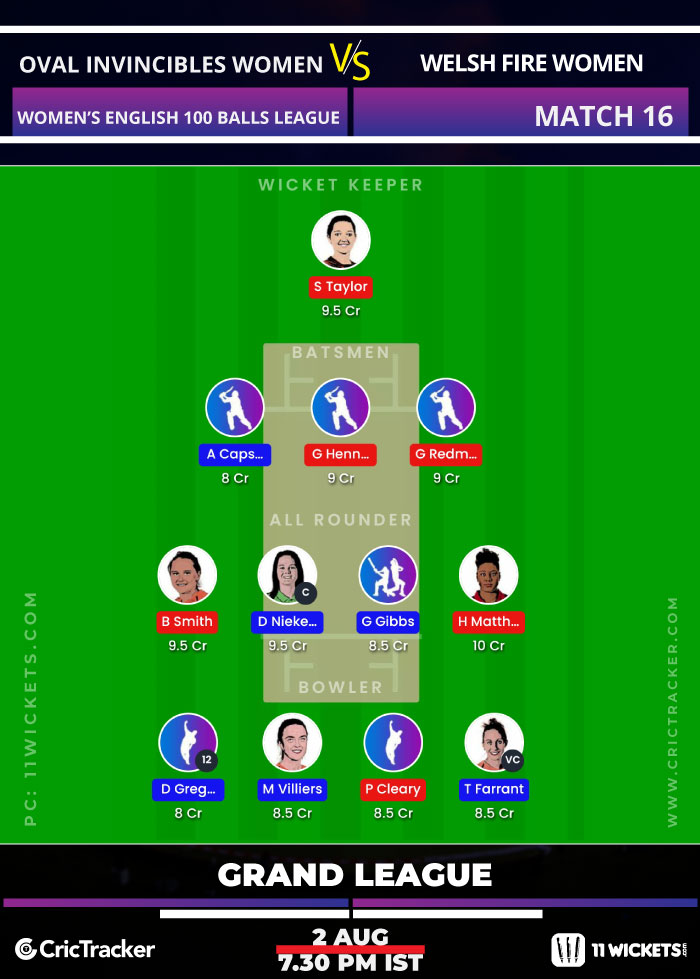