Having secured their first win recently, American University of Malta are expected to beat Overseas CC.

The 20th match of the ECS T10 Malta 2020 will be played between Overseas CC and American University of Malta at Marsa Sports Club, Malta.

Overseas CC and the American University of Malta will go head-to-head in the 20th match of the ECS T10 Malta 2020 on Tuesday. Overseas CC are not having the greatest of tournaments, as they have already lost all of their 6 games and are placed at the bottom of the table. They are still finding ways to win their first game of the tournament. Overseas CC will need to improve in all the departments and execute their game plans well if they want to win their remaining matches.

On the other hand, the American University of Malta are just above Overseas CC in the standings with 3 points in their bag. Their only win of this tournament came against Msida Warriors CC in the previous game, where they won by 2 wickets in the last ball of the match. Zoheb Malek was the man of the match for his all-round performance. This win should give them enough confidence for qualifying for the knockouts by winning their remaining fixtures.

It will be the perfect weather condition to play cricket as it is going to be partly cloudy in Malta with a temperature of  19 degrees Celsius. The humidity will be 75 percent. Chances of precipitation for this match is very low.

The track here at Marsa Sports Club has produced many close games. It is more favourable for the batters and bowlers will need to vary their pace.

106 (Last five matches of this played on this venue)

Even Hardik Pandya will not be in my team: Sanjay Manjrekar

Disappointing that post Ashes drinks was scrutinised in the public: Jason Gillespie

Heinrich Gericke has scored 82 runs in 6 matches at a strike rate of 124.24. He has a highest score of 40. Gerickle has even scalped 5 wickets.

Zoheb Malek is the leading run-scorer for American University of Malta, having scored 139 runs in 5 matches at an average of 46.33 and a strike rate of 163.52. He is effective with the ball also, picking up 4 wickets with an economy rate of 7.10 runs per over.

Jitesh Kumar Patel has scored 42 runs in 3 innings at an average of 42 and a strike rate of 105. Patel can be handy with the ball as well and has a wicket to show for.

Abhishek Prajapati has scored 50 runs in 3 innings. He has amassed those runs at a strike rate of 116.27.

Shubham Patel has picked up 7 wickets which is the most, by an American University of Malta bowler in this tournament so far. 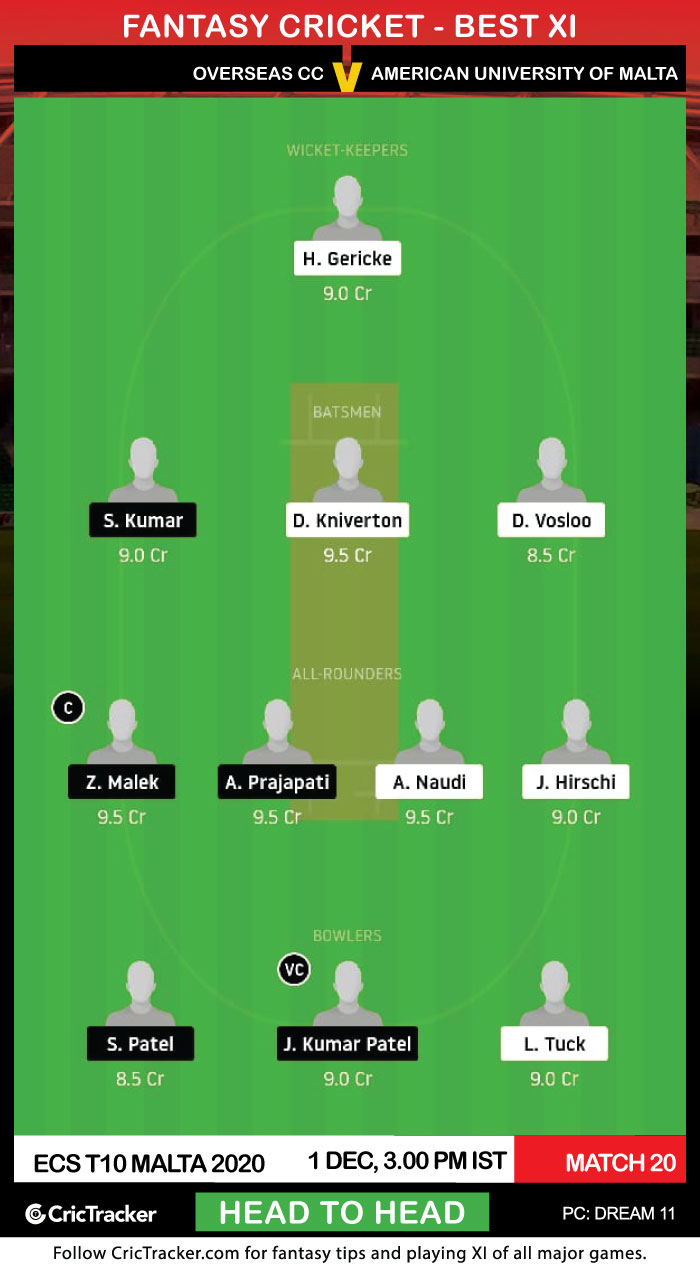 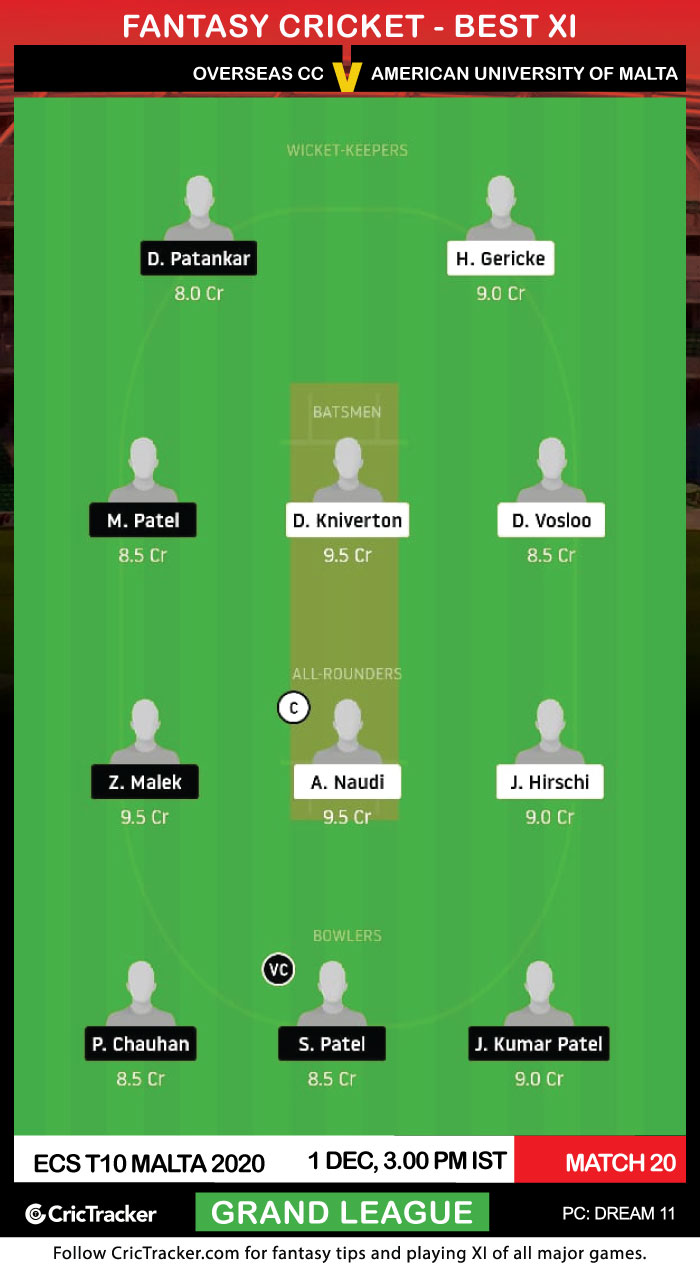 This format is completely suited for the all-rounders. They can give you more points than batters and bowlers and hence it is advisable to pick a maximum of 4 all-rounders in at least one of your Dream11 Fantasy teams.

American University of Malta are expected to win this match.