Jurg Hirschi will be a valuable pick as he has picked up 3 wickets at an economy rate of only 6.85.

The 13th match of ECS T10 Malta will be played between Overseas CC and Marsa CC at the Marsa Sports Club, Marsa.

Overseas CC will take on Marsa CC for the second time in the day. As on Day 3 of ECS T10 Malta, Overseas CC have lost all four of their matches and would be desperate to get a couple of wins today. Although there have been a couple of good individual performances from their side, they haven’t been able to perform collectively as a team and that’s what has cost them dearly.

Marsa CC, on the other hand, only got to play one game against Msida Warriors CC which they won quite comfortably by 34 runs. Their second game was abandoned due to rain. They looked good in that game and would like to take the winning momentum forward.

It will be mostly sunny in Marsa with the chances of rain being only 10 percent. The humidity levels will be up to 65 percent and the temperature will be around 19 degrees Celsius.

It is an artificial track at the Marsa Sports Club which means the ball comes onto the bat nicely and with smaller boundaries, runs are easy to get.

Nowell Khosla scored 37 runs at a strike rate of 176.19 in the only game Marsa CC played.

Haroon Mughal, the all-rounder, scored a quickfire 17 and also picked up 2 wickets in the opening game for Marsa CC.

Heinrich Gericke has looked good so far and has scored 58 runs. Although his strike rate is a bit low, he would want to up that in the games to come.

Daniel Kniverton is the leading run-scorer for Overseas CC and has scored 62 runs in 4 innings at a strike rate of 137.78. 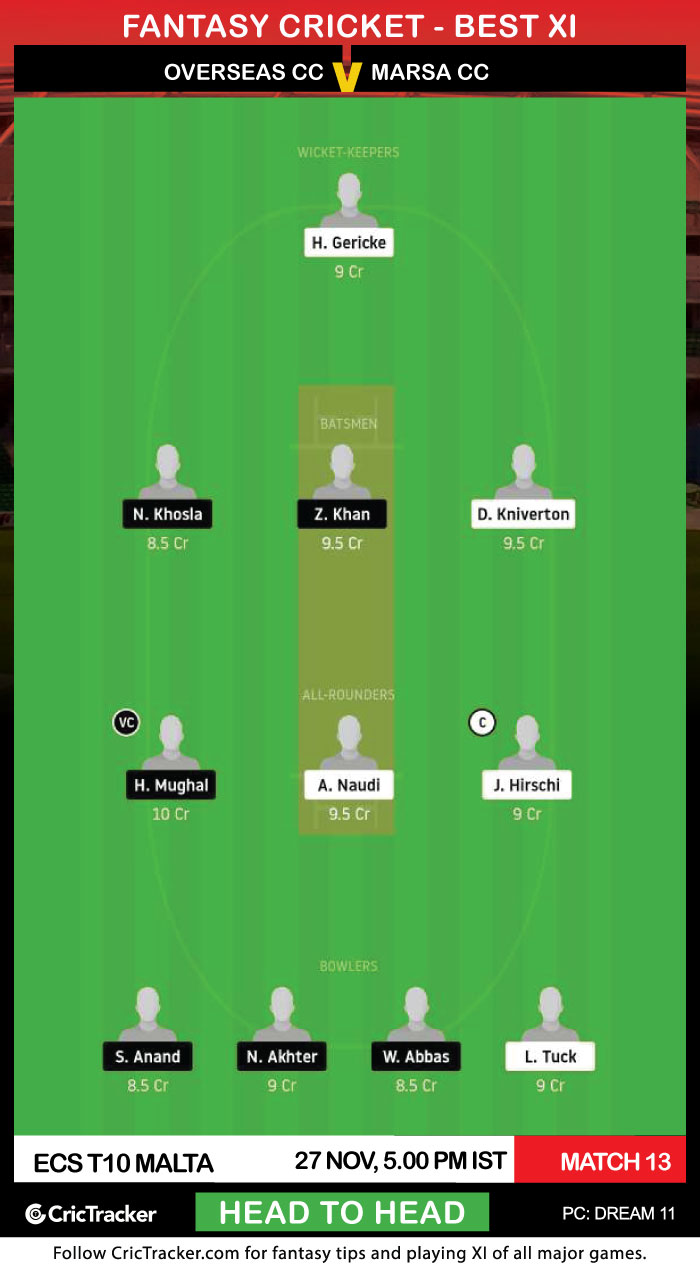 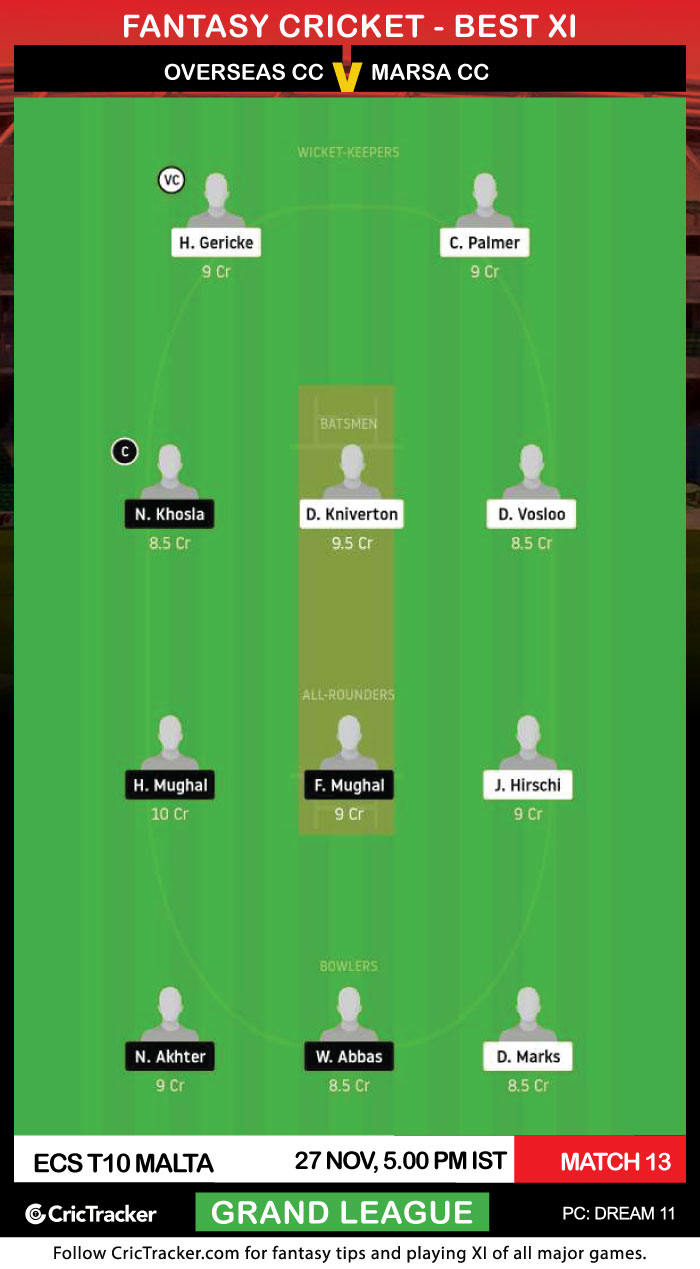 Jurg Hirschi will be a valuable pick as he has picked up 3 wickets at an economy rate of only 6.85.

Marsa CC is expected to win this match.