Australia are expected to win this match

Australia and Pakistan lock horns in the only T20I match of this tour. Australia won the Test series and the first ODI but the hosts bounced back to take the ODI series 2-1. This will be the final match of this historic tour and a one-off T20I at the end of the tour does not come with a huge amount of context, but if the last two ODIs are anything to go by, the atmosphere in Lahore should at least be terrific for viewing.

The surface is a belter and plenty of runs will be on offer. The spinners might get some help in the middle overs but overall it is expected to be a high-scoring thriller and both teams might prefer chasing.

Babar Azam is the top-ranked batter in this format and has an excellent record of 2620 runs in 73 matches at an average of 45 and a strike rate of 129. He will be a crucial player for this match.

Shaheen Shah Afridi is a quality bowler and will bowl with the new ball and come back at the death as well, he has picked up 45 wickets in 39 matches in this format.

Aaron Finch could not get going in the One day series where he struggled a lot but this is a format he is very good, having scored 2686 runs in 88 matches at an average of 34 and a strike rate of 145.

Josh Hazelwood has been a revelation in this format since the last IPL and had a great World T20 last year. Back him to do well in this match. 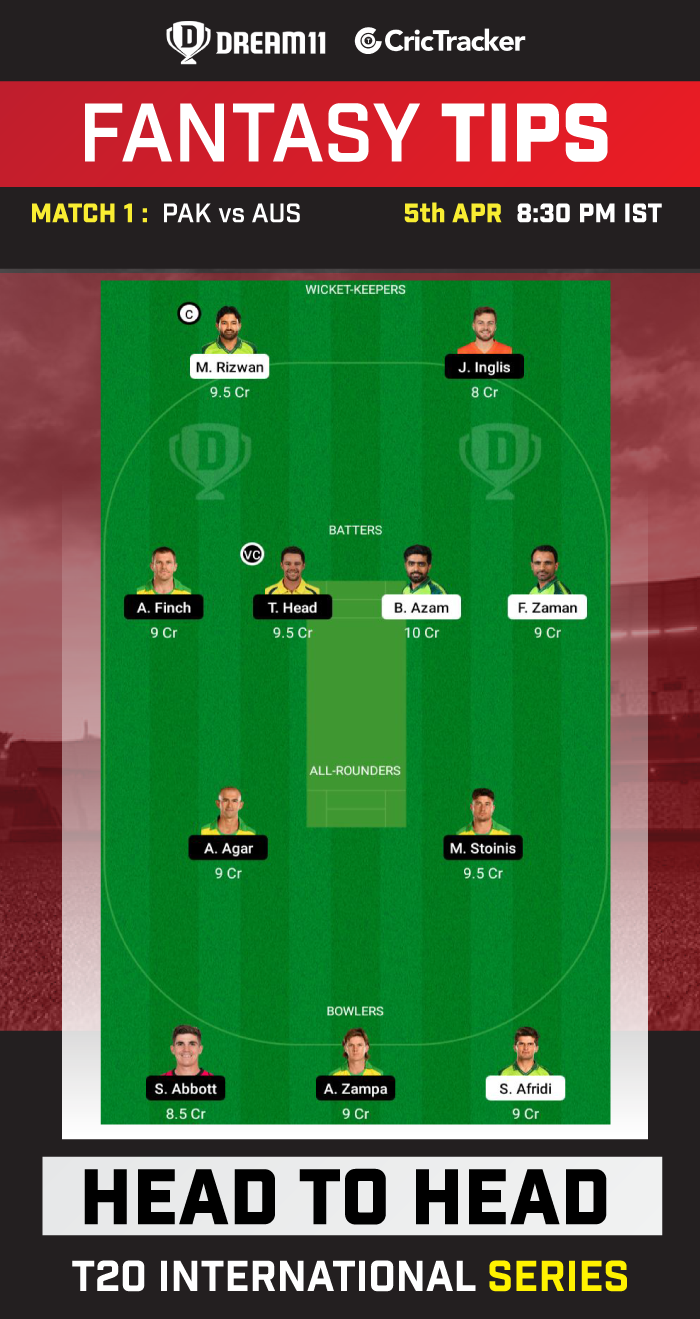 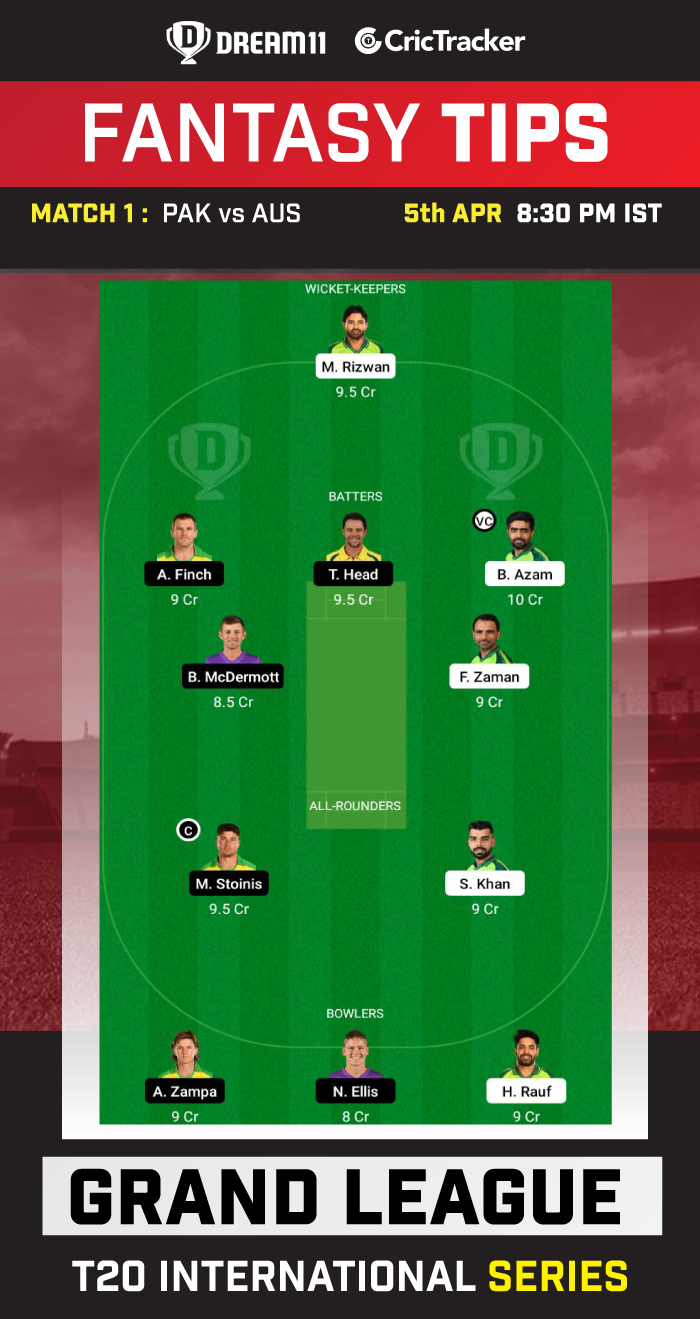